Spurs have joined the race for Arsenal target Houssem Aouar, according to reports.

But after the Ligue 1 side failed to qualify for the Champions League, he could be available this time around for just £20m, with a £100,000-a-week contract being readied.

Unfortunately for the Gunners, however, the Mirror says rivals Spurs are entering the race.

Meanwhile, Arsenal and Tottenham are also reportedly set to battle it out for Inter Milan prospect Martin Satriano.

The sworn North London enemies are said to be part of several clubs who are pursuing the 20-year-old whizkid.

He’s caught the attention of the Premier League giants with a string of impressive displays for Inter’s youth team in the Primavera 1 last season.

According to the Daily Mail, the Serie A side could be forced to sell the striker – who scored 14 goals and provided eight assists in 25 games – due to financial woes.

That is according to The Athletic, who claim Gunners manager Mikel Arteta has been keeping a close watch on Muldur following an impressive Serie A campaign.

Bellerin is wanted by Inter Milan, who are set to lose Achraf Hakimi to PSG.

And Muldur could be on his way to the Emirates this summer. 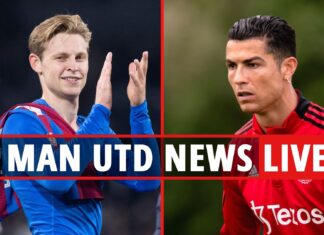