The Washington Commanders opened what the organization calls a new era last Saturday against the Carolina Panthers. However, the first preseason game of the new season followed the same script which has reduced a once proud tradition of the NFL into an embarrassing rubble whose season ticket base sunk along with its credibility.

Washington lost its preseason 23-21 opener to the Panthers and there were glimmers of hope. However, a shadow was cast from the front office that hovers over the team once again.

During Abraham’s exclusive interview with Washington’s new quarterback Wentz was asked the two most important questions that analysts, experts, and fans are inquiring about as training camp presses on. One question that raised the notion of his play being “consistently inconsistent.” The second asked whether Wentz felt this was his last opportunity to prove he is still an NFL-caliber starting quarterback.

Wright, who played seven years in the NFL, then chose to tighten his chinstrap and deliver a couple blows that many felt were out of bounds on the social media gridiron of twitter.

“I recognize you have made a living on childlike provocation but it needs to be called out” he wrote. “Don’t expect special access and good luck building rapport with the guys.”

By Monday morning the only quarterbacking being done was on sports talk radio, where pundits were clashing with their audiences on whether the business leader of the franchise should defend his player or whether a journalist was taking cheap shots. It should be noted that Wright has yet to respond when approached by local Black media requests – including this outlet – for interviews since taking the job in 2020.

Wentz’s play last Saturday at FedEx Field wasn’t inspiring nor did it project a sense of doom. He finished the game by completing 10 of 13 passes for 74 yards with zero turnovers. He was inaccurate on several throws that could’ve kept at least two drives moving in the first half. By the fourth quarter the half empty stadium was officially hollow and the echoes of escaping fans were drowning out the new version of the team’s fight song during a spirited but futile comeback.

The Commanders were resilient and their reserves responded under their fifth round draft pick, Sam Howell.

Howell, a rookie from North Carolina, finished his day completing 9-of-16 passes for 143 yards and two rushing touchdowns. He rallied them from a 20-6 fourth quarter deficit. Brian Robinson, a running back from Alabama picked in the third round, ran six times for 36 yards, and scored the first TD in this brief meaningless history of pro football in D.C.

Robinson, who ran with old school force and conviction, looked the part and added depth to a strong position already.

Whether botching the Sean Taylor tribute or the team’s new name announcement on the Today show, Wright’s penchant for making the wrong remains so consistent the organization can’t win off the field anymore either. 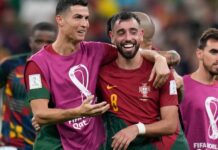 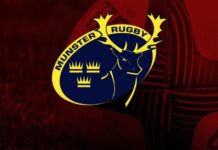 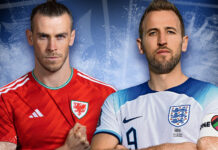 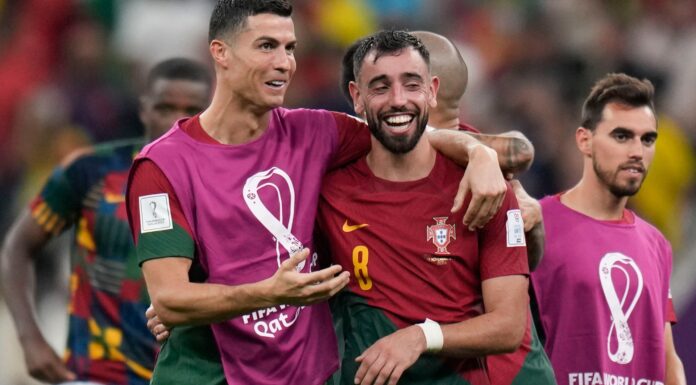 Harry Kane and Gareth Bale face off tomorrow as England take on Wales in...