BESIKTAS manager Senol Gunes has claimed Wout Weghorst said “goodbye” to the fans on Saturday amid speculation over a move to Manchester United.

The Dutchman, 30, is currently on loan at the Turkish outfit from Burnley.

But there are strong rumours he could end his spell there prematurely if Erik ten Hag’s side are able to strike a deal.

Weghorst scored the winner in Besiktas’ 2-1 victory over Kasimpasa on Saturday.

It takes his tally to nine goals in 18 appearances for the club this season.

After netting his side’s second goal, he walked towards the adoring fans, kissed the badge and appeared to thank them for their support before waving to the crowd. 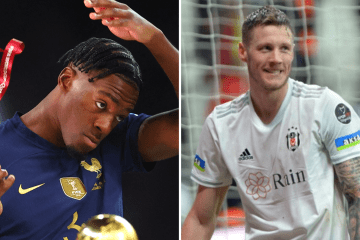 Boss Gunes took this as the Netherlands international bidding farewell, but insists Weghorst must speak to the club about his situation.

Following the win at the weekend, the Besiktas head coach said: “Weghorst is an important player for us.

“It is not enough to say goodbye to the audience. He also needs to talk to the club. I have heard of such a development, but it is not clear.

“I’ll consider [him] leaving after I talk to both him and the club.”

Man Utd are in need of a striker following the departure of Cristiano Ronaldo.

Their only options to lead the line currently are Anthony Martial and Marcus Rashford – who is proving effective on the left-hand side.

A loan move for Atletico Madrid’s Joao Felix has been considered but Man Utd are refusing to meet the Spanish side’s asking price.

And Weghorst, who scored a stunning brace against Argentina at the World Cup, has emerged as an alternative.

However, he did struggle in England with Burnley during the second half of last season.

The Clarets were relegated as the ex-Wolfsburg man mustered just two goals and three assists in 20 Premier League appearances. 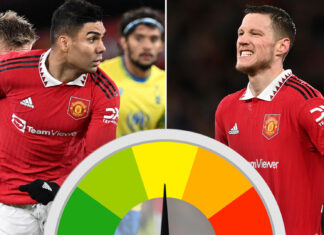