The model wowed supporters in Qatar last month with her bold outfit choices which went against Qatar’s conservative dress codes.

And she’s started off the New Year in equally eye-catching fashion as she attended a big party in Miami.

Former Miss Croatia winner Knoll kept fans up to date with her night with a series of Instagram posts.

Before that, she gave followers a treat as she showed off her figure in a black bikini.

The star later videoed herself in into a small and tight blue outfit as she prepared for a New Year‘s bash. 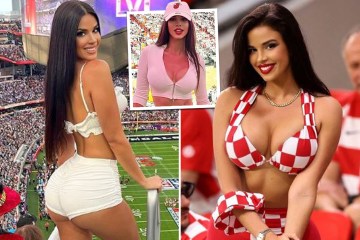 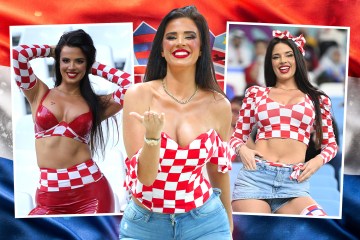 The busty influencer would have left jaws on the ground with the sizzling snap where she wore black heels and showed off a lot of leg.

Knoll then arrived at her party and snapped herself with “friend” Jamie Foxx.

The actor and singer, who has starred in films such as Django Unchained and Spider Man, can be seen sitting next to the beauty at a lively party.

He smiles and playfully wags his finger while music plays in the background.

Later she dances in front of the camera before again giving viewers a glimpse of Foxx.

Knoll remains stood next to him when he grabs the mic and starts singing along to the music, and later when he wishes partygoers a happy 2023.

The Croatian stunner has 3.6m Instagram followers and regularly posts snaps of herself enjoying life.

She regularly went viral at the World Cup with spectacular and revealing pictures which set pulses racing. 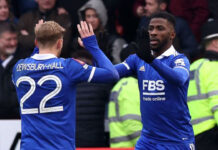 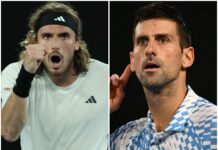 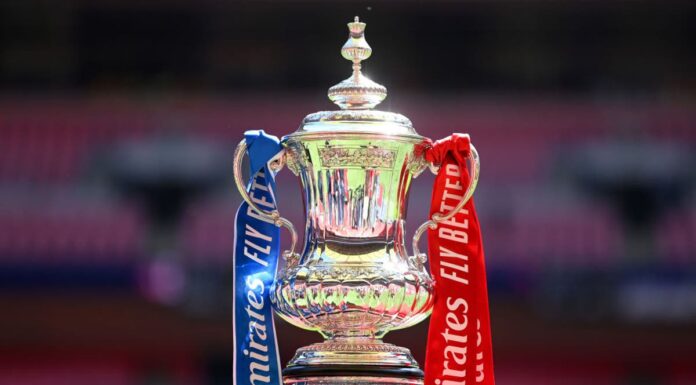