REVEALED: Footage shows Kylian Mbappe telling his France team-mates ‘we can come back’ as they trailed Argentina 2-0 in the World Cup… before scoring a sublime hat-trick in a losing effort in Qatar

By Sam Mcevoy For Mailonline

Kylian Mbappe delivered a rousing pep talk to his France team-mates during the World Cup final, urging them that they could come back from two goals down to beat Argentina.

A Lionel Messi penalty and Angel Di Maria second meant France were staring down the barrel having been outplayed and outworked in a superb first half by Argentina.

France’s hopes of retaining their World Cup crown looked well and truly over after just 45 minutes, leaving Mbappe with no option than to take it upon himself and urge his team-mates to step up their game instead of going down without a fight.

France superstar urged his team-mates to step up their game, reminding them of the occasion

‘It’s a World Cup final, it’s the match of a lifetime. We can’t get any worse, anyway,’ Mbappe said as he addressed the changing room .

‘Let’s go back on the field, either we let them play or we put a little intensity and we go into the duels and we do something else guys. It’s the World Cup final.

‘It’s done, they scored two goals, we’re two goals down. We can come back! Guys, it’s something like this only every four years.’ 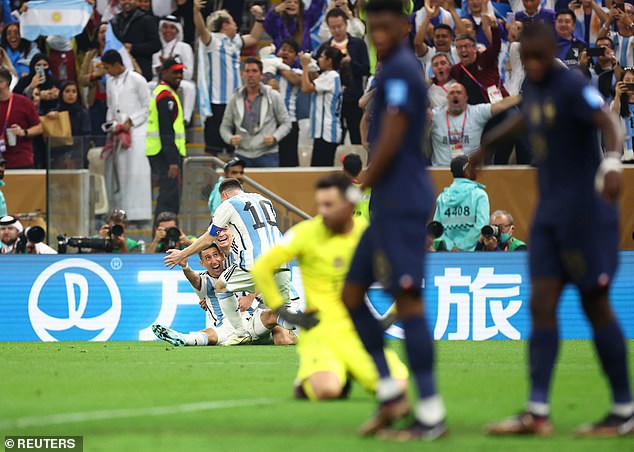 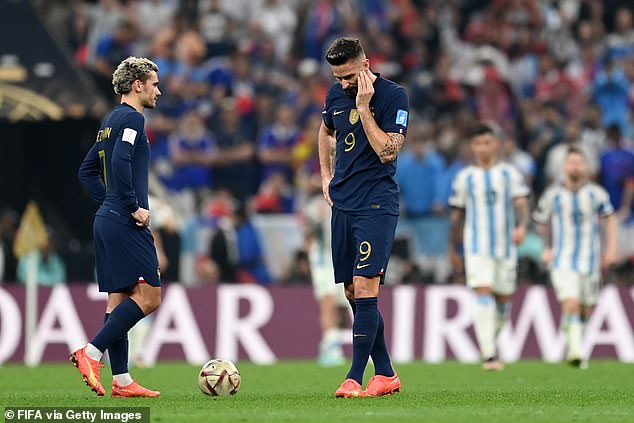 The moment was captured by Telefoot cameras, with Mbappe’s maturity and leadership qualities shining through, before France boss Didier Deschamps further reminded his squad exactly what is at stake while slamming his fist on a table.

‘Guys, I’ll tell you without getting upset,’ Deschamps says. ‘Do you know the difference? It’s that they, are playing a f***ing World Cup final and we are not playing in it!’

Mbappe heeded his own advice after the break, helping France force extra-time with a penalty of his own and then a ridiculous volley in the space of 60 seconds, completely turning the final on its head as well as clinching the golden boot. 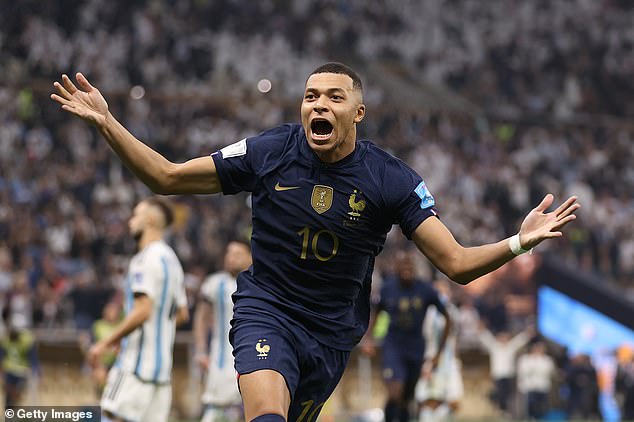 Mbappe would step up to the occasion, netting a hat-trick to send the game to penalties

Mbappe’s PSG team-mate Messi thought he had won it in extra-time putting the ball over the line in the 108th minute to send Argentina into delirium thinking that was that.

But Mbappe stepped up once more, converting a second penalty with two minutes left to score a historic World Cup final hat-trick – the first since Geoff Hurst in 1966 – and send the game to penalties.

While Mbappe was able to covert his spot-kick, Kingsley Coman and Aurelien Tchouameni could not, allowing Argentina to win their first World Cup since 1986. 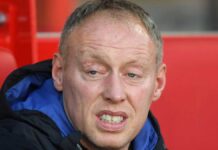 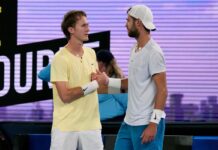 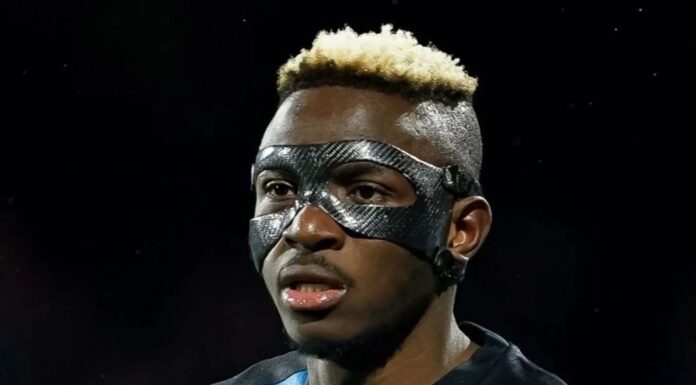