Football fan throws himself under a truck as it hurtles over him before he rolls out of the way of a second lorry ‘after losing a bet on the World Cup’ – but is all as it seems?

By Will Stewart In Moscow for MailOnline

It is either the stupidest wager of the World Cup – or a bid for five minutes of fame by an internet trickster.

Either way this video is dividing opinions online as it appears to show a Russian man dodging two speeding trucks on a highway after losing a bet.

The video starts with the youngster speaking to the camera in Russia, saying: ‘The moment when you lost a bet that Russia will get into the semi-finals.’ 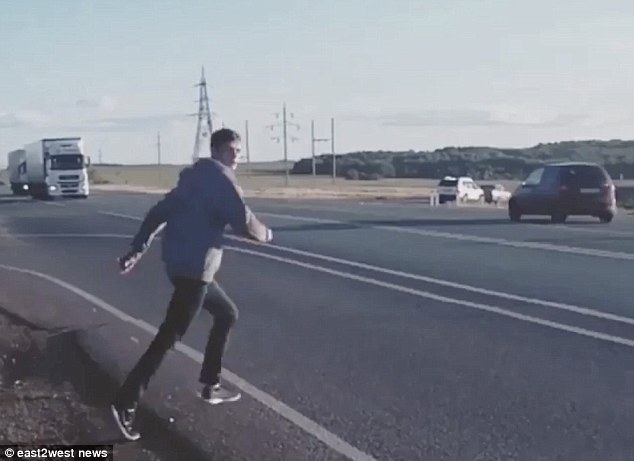 Fearless or fake? A Russian youngster has filmed himself appearing to dive and roll underneath two lorries after losing a bet on the World Cup 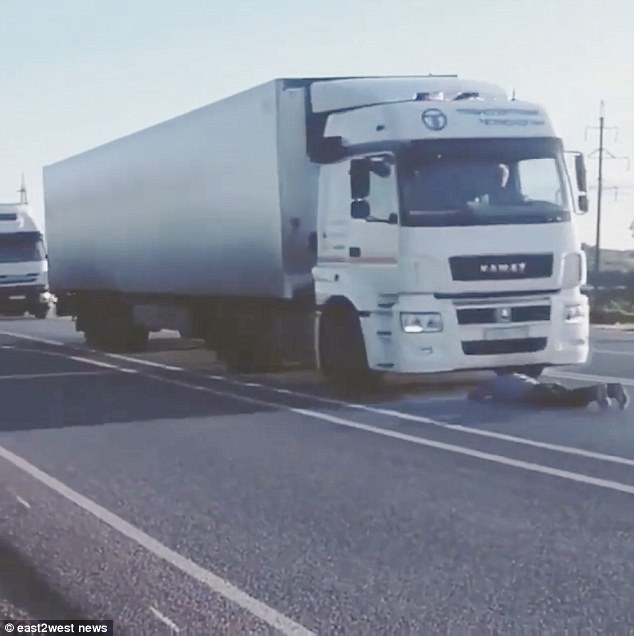 He is then shown running into the road before apparently laying down in front of two oncoming trucks.

The man appears to pass underneath the first before rolling out of the way of the second, then high-fiving his friend at the side of the road.

But many have accused the unnamed Russian of faking the stunt, pointing to strange audio, inconsistent shadows and lighting, and his body not matching the surroundings as evidence of forgery.

The fact that the trucks continue straight ahead instead of the drivers reacting to the man’s stunt also raised eyebrows.

One person wrote: ‘This truck is too low for the man to survive this act.’ 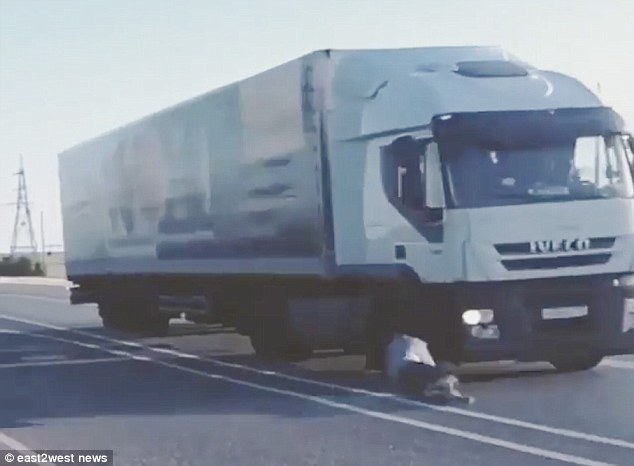 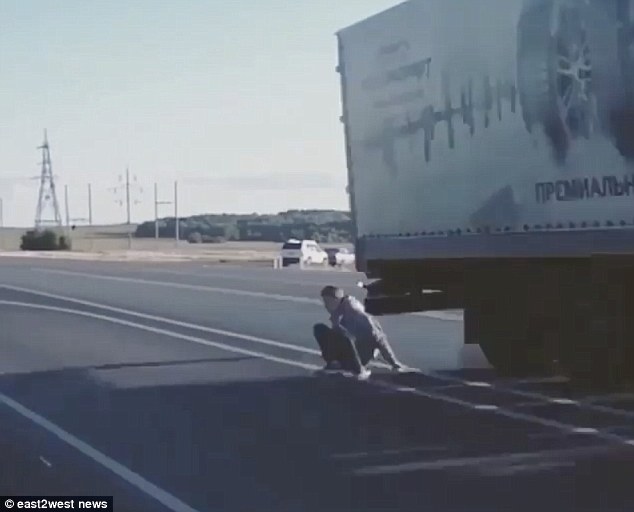 The video is dividing opinion online with some claiming it is a fake, while others are attacking the man for his ‘irresponsible’ behaviour

Another added: ‘It is a set-up… The trucks and man are filmed separately and then combined.’

But some took the footage at face value and condemned the man for his ‘irresponsible’ behaviour.

Enot Enotych said: ‘A nimble guy. It’s pity that he will not live long.’

Natalya Larionova wrote: ‘Such an idiot…. What kind of bet is this? His friends probably just want to toast him at his funeral.’

Little hopes Arsenal up their game against Wolfsburg as Gunners gear up for Roord...