THIS is the incredible moment a footie official appears to pocket a World Cup winners’ medal.

French players and staff went up to collect their rewards after a hard-fought 4-2 win against Croatia in the World Cup final.

But either there were too many medals for men, or one female official wanted her own special memento from what was a fantastic tournament out in Russia.

Star striker Antoine Griezmann had been handed his medal, and a gent to the lady’s left-hand side had one for manager Didier Deschamps.

So rather than get the medal soaked by the incessant rain that fell, the woman put it somewhere safe – into her coat pocket.

Unsurprisingly when the clip was shown on social media, people couldn’t believe it.

One person joked that it was “Harry Kane’s”, while another added that “she was keeping for Lovren”.

Dejan Lovren had of course bigged himself and his Croatia team up pre-final only to see their trophy dreams dashed.

Others quipped that the footage should be sent to the VAR officials – who of course played their part in a big way in the final on the ‘handball’ that saw France net a penalty.

However, there may well be an innocent, and far less amusing, reason as to why she dipped it into her pocket.

Graeme Murphy wrote that “she’s probably with the French FA and been asked to keep hold of it for someone who isn’t present.”

And Dion couldn’t resist getting in the Russian leader’s name when he posted on Twitter: “She is just Putin it in her pocket for the one who gave it to her.” 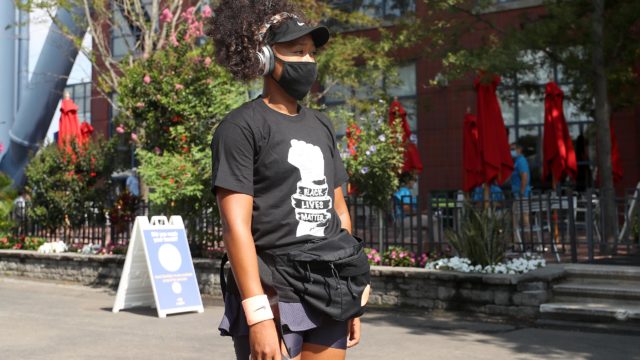