ENGLAND’s Harry Kane has picked up the Golden Boot for his six goals at Russia 2018.

Only Antoine Griezmann and Kylian Mbappe could realistically catch the Spurs star with just the final to go – and despite both netting once, they finish on four goals each.

Very much England’s main man going into the tournament in Russia, Kane led from the front in the group stages and showed brilliant composure from the spot.

He beats off Romelu Lukaku, Cristiano Ronaldo, Kylian Mbappe, Antoine Griezmann and Denis Cheryshev, who all finish on four goals.

You have to go back to 1986 for the last time an England player topped the scoring charts, as Gary Lineker also scored six as the Three Lions crashed out in the quarter-finals.

GOAL 1: Gary Cahill saw his header saved by Mouez Hassen and Kane was on hand to tap in from close range for England’s first goal of the tournament

GOAL 2: As the clock ticked into injury time, Harry Maguire headed on from a corner and Kane lost his marker to head in the winner against Tunisia

GOAL 3: Jesse Lingard was bundled to the ground and Kane fired the penalty hard and high into the top left corner giving Panama goalkeeper Jaime Penedo no chance

GOAL 4: It was Kane who won England’s second penalty of the match as he was wrestled to the ground and he dispatched it in the same he had done 24 minutes earlier

GOAL 5: Perhaps the most fortuitous of Kane’s career this one as Ruben Loftus-Cheek’s low shot flicked off the striker’s heel and looped in to complete the hat-trick once VAR confirmed he was just onside

GOAL 6: Kane was pulled down in the box by Carlos Sanchez, and while the Colombia players protested, defender Johan Mojica was seen scuffing up the penalty spot.

But Kane was unfazed and fired the kick past keeper David Ospina.

Harry Kane is engaged to childhood sweetheart Kate Goodland and the pair have a daughter.

Goodland has set up a giant tepee in their garden as she decided against heading out to Russia this summer. 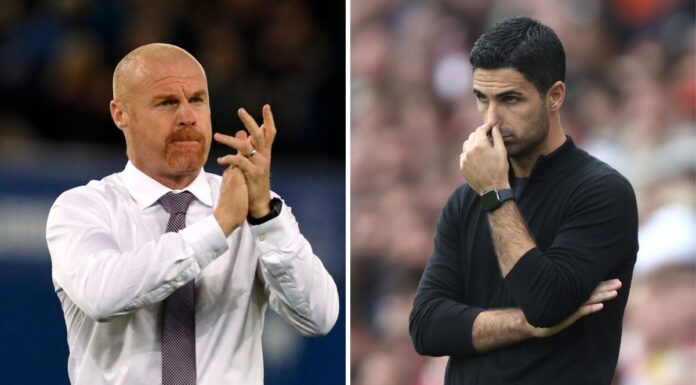