HARRY KANE has become the first Englishman to win the World Cup Golden Boot since Gary Lineker in 1986 after he bagged six goals in Russia.

The 24-year-old proved to be influential as the Three Lions reached the semi-finals under the tutelage of popular boss Gareth Southgate.

Tottenham‘s lethal marksman netted twice in the Group G opener against Tunisia as England left it late to win 2-1.

He then banged in a hat-trick against Panama in a 6-1 rout, before scoring a penalty against Colombia in the last-16 clash.

Kane featured in six games for England at the World Cup, but failed to get on the score sheet in the quarter-final win against Sweden, and the following defeats against Croatia and Belgium.

Incredibly, Kane is now second on the list of England’s top scorers at the World Cup in his maiden tournament.

Lineker stands top of the pile with ten strikes after netting six goals in Mexico, before finding the back of the net on four occasions in 1990.

Geoff Hurst netted five goals in two tournaments between 1966-1970, while Bobby Charlton and Michael Owen both stand on four.

Kane’s tally of six goals in Russia was two more than his nearest challengers with five men scoring four goals for their respected nations.

Antoine Griezmann, Romelu Lukaku, Denis Cheryshev, Cristiano Ronaldo and Kylian Mbappe all went close as they failed to dethrone Kane at the top.

Who is Patrice Evra’s wife Sandra, and what happened with a Playboy model?

Meanwhile, Kane’s former Spurs team-mate Luka Modric was named as the best player after being awarded the Golden Ball.

The Croatian midfielder captained his side to the World Cup final, where they lost 4-2 against France.

Les Bleus forward Mbappe, 19, won the Young Player Award, as his reputation as one of the world’s best players shows no signs of slowing down. 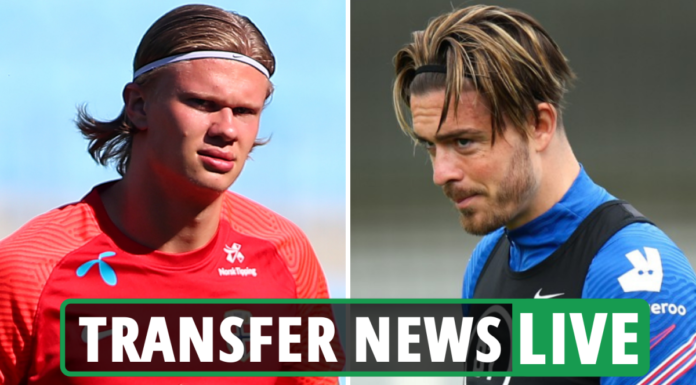