JORDAN PICKFORD kept his cool when he was taunted by a Croatian TV crew following England’s semi-final defeat.

The 24-year-old claimed that it will be a different outcome next time after Gareth Southgate’s side crashed out of the World Cup.

Everton’s No1 was shouted at as he marched down the tunnel after the final whistle.

The Croatian TV crew yelled: “You should have f***ing won that.”

But the Three Lions star calmly replied “next time” and carried on walking towards the dressing room.

The goalkeeper continued to impress during Saturday’s third-place play-off against Belgium.

And his incredible save denied Roberto Martinez’s team from scoring the best team goal of the tournament.

England lost 2-0, but Pickford cemented his spot as England’s No1 after a sublime run of form in Russia.

The goalkeeper and the Three Lions squad arrived home on Sunday after their best World cup campaign in 28 years.

With his reputation enhanced, Pickford will now return for pre-season training with Everton.

The ex-Sunderland goalkeeper has even insisted that Thibaut Courtois is not much better than him. 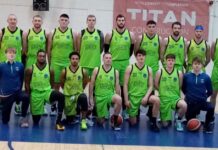 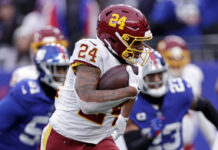