– Each team to play 22 games; regular-season action tips off in late July –

NEW YORK, June 15, 2020 – After significant discussions with the league’s key stakeholders, including the Women’s National Basketball Players Association (WNBPA), the WNBA today announced elements of plans to return to the court to begin the WNBA 2020 season.  The league is finalizing a partnership that would make IMG Academy in Bradenton, Florida, the Official Home of the 2020 WNBA season highlighted by a competitive schedule of 22 regular-season games followed by a traditional playoff format. Beginning in July, IMG Academy will be the home for each of the league’s 12 teams and serve as a single site for training camp, games and housing.  The top priority continues to be the health and safety of players and staff, and the league is working with medical specialists, public health experts, and government officials on a comprehensive set of guidelines to ensure that appropriate medical protocols and protections are in place.  Due to the fluid situation resulting from the pandemic, the league and players will continue to review the appropriate health and safety protocols and make necessary changes to the plan prior to arriving on site for the start of training camp and throughout the season.

“We are finalizing a season start plan to build on the tremendous momentum generated in the league during the offseason and have used the guiding principles of health and safety of players and essential staff to establish necessary and extensive protocols,” said WNBA Commissioner Cathy Engelbert.  “We will continue to consult with medical experts and public health officials as well as players, team owners and other stakeholders as we move forward with our execution plan.  And, despite the disruption caused by the global pandemic to our 2020 season, the WNBA and its Board of Governors believe strongly in supporting and valuing the elite women athletes who play in the WNBA and therefore, players will receive their full pay and benefits during the 2020 season.”

“As home to some of the world’s leading athletes, coaches and performance experts, IMG Academy is thrilled to partner with the top basketball players in the world and the entire WNBA family,” said Tim Pernetti, Executive Vice President, IMG Events & Media.  “We are truly looking forward to becoming the Official Home of the 2020 WNBA Season and working closely with the league in providing our best-in-class training and competition environment.”

Throughout this unique season format where all players will be at the same place, at the same time, a first in the league’s history, the WNBA will build on its commitment to social justice and will support players in launching a bold social justice platform as a call to action to drive impactful, measurable and meaningful change.  The WNBA 2020 season will include a devoted platform led by the players that will aim to support and strengthen both the league and teams’ reach and impact on social justice matters.  As recently announced, this began with the WNBA making donations from sales of its “Bigger Than Ball” women’s empowerment merchandise to the Equal Justice Initiative.  “The WNBA opposes racism in all its forms, and George Floyd and Breonna Taylor are the latest names in a list of countless others who have been subject to police brutality that stems from the systemic oppression of Black Lives in America, and it is our collective responsibility to use our platforms to enact change,” said Engelbert.

“In our discussions with the league, we emphasized and they agreed that a strong commitment to a 2020 season will give the WNBA the chance to show the world that it’s taking the steps needed to secure our livelihood and well-being, while also providing the opportunity to amplify our collective voice,” said WNBPA President Nneka Ogwumike.  “We have always been at the forefront of initiatives with strong support of #BlackLivesMatter, #SayHerName, the LGBTQ+ community, gun control, voting rights, #MeToo, mental health and the list goes on.  This is not only necessary from a humanitarian perspective, but it may be one of the biggest opportunities that this league has and will ever have.”

“As in recent CBA negotiations, the WNBPA Executive Committee worked tirelessly to represent the interests of all players as the league planned to launch a 2020 season,” said WNBPA Executive Director Terri Jackson.  “Our society has learned or perhaps has been reminded of an important lesson: women are integral to the economic stability of their families and their communities.  The league and the teams’ commitment makes a statement.”

Under the current plan, teams will report to IMG Academy in early July and regular-season action will tip off in late July after a team training camp period.  Although the WNBA 2020 season will be played without fans in attendance due to the COVID-19 pandemic, the league will continue to build on the current momentum around the WNBA and the players, while offering fans a front row seat at home thanks to broadcast partners ESPN, CBS Sports Network and NBA TV and their ongoing commitment to women’s sports.  Regular season matchups and times for WNBA 2020 Tip-Off presented by AT&T, will be announced at a later date.

The WNBA is a bold, progressive basketball league that stands for the power of women.  Featuring 12 teams, the W is a unique sports property that combines competition and entertainment with a commitment to diversity and inclusion and social responsibility.  Through its world-class athletes, the in-game fan experience, TV and digital broadcasts, digital and social content and community outreach programs, the league celebrates and elevates the game of basketball and the culture around it.

In 2020, the WNBA and the Women’s National Basketball Players Association signed a groundbreaking eight-year CBA that charts a new course for women’s basketball – and women’s sports overall – with a focus on increased player compensation, improvements to the player experience, expanded career development opportunities and resources specifically tailored to the female professional athlete.  Key elements of the agreement are supported through the league’s new partnership platform, WNBA Changemakers. Inaugural WNBA Changemakers include AT&T, Deloitte and Nike. 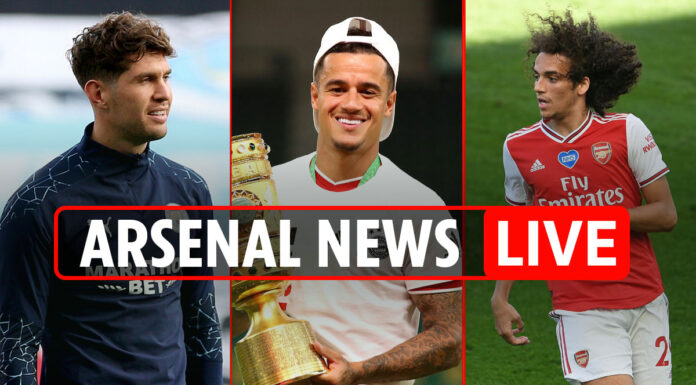 Iain Henderson has been ruled out of Ireland’s with Italy

Chelsea can beat any side left in Champions League and need not fear last-16...