MLS’s newest team are thought to have offered the 31-year-old a huge deal as he nears a free transfer this summer.

That’s the timespan Willian wanted for a new Chelsea deal – with negotiations faltering as the Blues continue to refuse to go beyond 24 months.

Now Spurs are said to be dangling a massive contract in front of the ex-Shakhtar Donetsk and Anzhi Makhachkala star.

The Brazilian won the Premier League when Tottenham chief Jose Mourinho was his Chelsea boss.

And his forceful style is just what Mourinho admires – and also what he might feel is missing from his Spurs team.

Arsenal were linked with offering Willian £250,000 a week.

Manchester United and Paris Saint-Germain are also thought to have monitored him.

Willian has previously admitted he is keen to play in the USA.

But it is understood he is keen to remain in the European elite while he still considers he is playing at his peak.

That will frustrate Becks, as the Telegraph say they would have willingly paid him more than £100k a week as one of the top earners in the MLS. 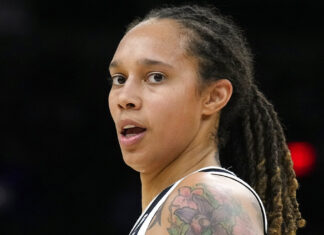 sportslatestnews - May 20, 2022
0
By Doug Feinberg, AP Basketball Writer New York coach Sandy Brondello was on her way to her team’s Friday morning shootaround when she...