BANKRUPT former Premier League star Jermaine Pennant has revealed he thought he was a “lunatic” before being diagnosed with ADHD.

The former Liverpool winger, who turned 40 on January 15, revealed to Sun Sport last week how he lost his career earnings of more than £10million — and got in such a mess he even forgot he owned a house.

He splashed out on a fleet of supercars, homes, five-star holidays abroad and once paid a £25,000 bar bill on a lads’ break in Las Vegas.

Pennant also blew a fortune on bad investments and fell prey to hangers-on he says targeted him before he went on to lose three houses and more money through a divorce and bankruptcy.

One in 25 people are believed to have the condition, which is usually spotted in childhood, which leads them to restless, struggle for concentration and act impulsively. 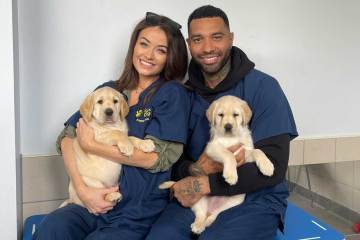 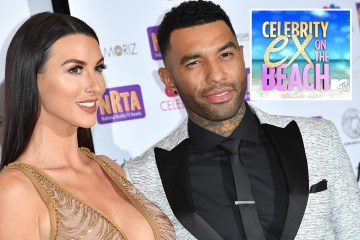 Now Pennant, whose career took off when Arsenal signed him from Notts County when he was just 15, has appeared on Good Morning Britain to reveal what it was like being diagnosed with ADHD as an adult.

He said: “It’s life-changing because I would ask myself so many questions over the years. ‘Why do I leave destruction in my path?’ Or ‘how have I got myself in certain situations?’

“I just thought it was down to me just being a lunatic or just not well and having serious issues but not actually identifying what they were.

“I was just going round-and-round in circles, making the same mistakes and telling myself ‘I know that I’m not a bad person but why am I doing this?’”

He added: “If you go to the beginning, you develop ADHD two ways. Either genetically from your parents or as a child you develop it through trauma and your environment.

“I had a very troubled childhood so my ADHD was a way of survival mode as a child. I developed ADHD and it made me survive.

“But, as an adult, on the flip side it turns into a negative and destruction if you’re not diagnosed or aware of it.”

His ADHD meant he once forgot he owned a house in Cheshire after moving from Liverpool to Spanish side Real Zaragoza — although he was still paying the interest-only mortgage on it.

He bought the six-bedroom home in Hale for £1.2million on the advice of a fixer.

When he moved to Spain he left it empty — but it was later occupied by a drugs gang who caused a fire at the property.

He scored a hat-trick on his full Premier League debut for the Gunners aged 20 — but he later admitted he was hungover after going out the night before the match as he did not expect to be picked.

How to tell if you have ADHD as a grown-up… 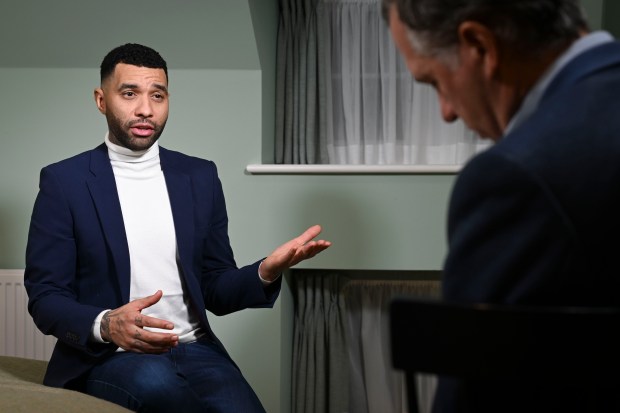 WHILE you can only be diagnosed with ADHD by a doctor, it doesn’t hurt to be armed with some knowledge to start that conversation with your GP.

Experts believe that the condition does not just develop in adulthood, but rather that you will have lived with it since you were a child.

However, the ways in which the symptoms can present can change as you get older.

The NHS states: “For example, hyperactivity tends to decrease in adults, while inattentiveness tends to remain as the pressures of adult life increase.

The NHS lists the following list of symptoms of ADHD in adults:

But despite a promising start, he was shipped out on loan to various clubs before joining Birmingham City in 2005.

While at the Blues, he was jailed for drink-driving after crashing a Mercedes into a lamppost — when he was already banned from the road for the same offence.

But Birmingham stuck by him and he played with an electronic tag fitted to his ankle after his release.

He earned a big-money move to Liverpool where he played a key role in their run to the 2007 Champions League final, which they lost to AC Milan.

After falling foul of boss Rafa Benitez, he joined Real Zaragoza on wages of £80,000 a week but only stayed at the club for a year.

Pennant, who earned £30,000 a week at Liverpool, again hit headlines when he left his Porsche at a rail station in Spain for a month because he forgot about it.

The ex-England under-21 star then joined Stoke City. Spells at Wolves, FC Pune City in India, Wigan Athletic, Singapore side Tampines Rovers and Bury followed — before he ended his career at non-league Billericay Town in 2017.

He has admitted his biggest regret was his drink-driving conviction, which led to him being locked up alongside murderers and terrorists.

Pennant also said he regrets revealing in his 2018 autobiography that he and former Arsenal and Chelsea defender Ashley Cole, 42, had threesomes with girls.

After retiring he set-up his own company to handle his pay from his 2018 appearance on Celebrity Big Brother and other TV appearances as a pundit.

But his media company Jermaine Pennant Ltd was dissolved and struck off the company register in 2020.

Pennant will this year be seen on Channel 4’s SAS: Who Dares Wins alongside ex-Health Secretary Matt Hancock. 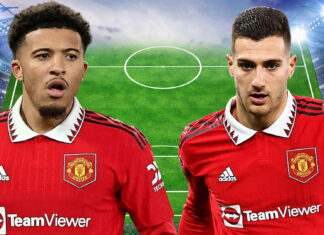 sportslatestnews - February 3, 2023
0
MANCHESTER UNITED could hand an instant debut to Marcel Sabitzer when they take on Crystal Palace this weekend. The Red Devils have put together...