FOUR years ago, Dele Alli was at his lowest ebb with England losing 2-1 to Iceland at Euro 2016, but then-girlfriend Ruby Mae managed to steal the headlines for the right reasons.

The stunning model was seen comforting the then 20-year-old Spurs star in the stands, as their relationship become public for the first time.

In the past, they have been spotted together looking loved-up on various holidays including trips to Mykonos and Ibiza.

Who is Ruby Mae?

DESPITE being just 23, Mae has already established herself as a high-profile model with a host of big-name brands.

Currently managed by Boss Models Management, her stock is rising after bursting into public life thanks to her relationship with the England star.

Blessed with stunning good looks, the brunette is an avid Instagrammer and constantly updates her profile with new snaps of her life.

She is a lover of dogs and has black miniature poodle named Dougie, who regularly features in pictures with the couple.

She was famously spotted with her feet on the Wembley railings as Alli sat out at Spurs game against Palace, looking bored despite the home side winning 1-0.

Mae is cousins with fellow model Bealey Mitchell, who is the former girlfriend of England cricketer Stuart Broad.

When did the pair break up and are they back together?

Alli and Ruby started dating in early 2016 and was spotted comforting the Tottenham star after he suffered defeat at the hands of Iceland in Euro 2016.

But the pair called time on their relationship in February 2019 – with both remaining in contact with each other.

Since then, Alli was rumoured to have dated Love Island beauty Megan Barton Hanson – who also came out of a relationship with reality TV star Wes Nelson.

But last summer Dele Alli flew Ruby out to Madrid to support as he prepares for the Champions League final against Liverpool, and they have since rekindled their relationship.

They have been spending lockdown together at Alli’s £2million lavish home in a gated development near Elstree, Hertfordshire.

Who has she modelled for?

MAE is signed with Boss Model Management in Manchester and has quietly gone about her work since Alli’s explosion to Premier League stardom.

She has modelled for Dolce & Gabbana, Hidden Fashion and Chanel, as well as e-commerce sites such as Miss Pap and In The Style. 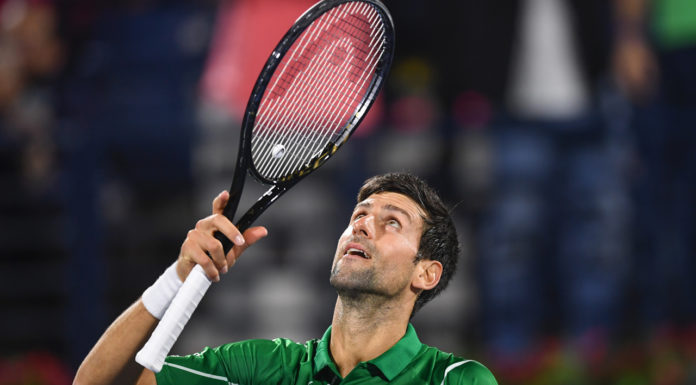 BBC to show Champions League highlights for free in Match of the Day-style show...