IN 2008, Manchester United edged out Chelsea in Moscow on a night of elation, heartbreak and pure drama at the Luzhniki Stadium.

English football was in rude health, with both Champions League finalists coming from the Premier League, as well as a further semi-finalist in Arsenal.

And practically on the banks of the Moskva River, both sides played their part in a night that supporters will never forget.

Avram Grant’s Blues didn’t lie down, however, and Frank Lampard equalised on the stroke of half-time.

Tension grew as the game went to extra time, and then penalties – but not before Didier Drogba had gotten himself sent off for slapping Nemanja Vidic late on.

This robbed Chelsea of one of their best penalty takers – but things were going well for them with Ronaldo having missed… and John Terry would step up to win it for the Blues.

His subsequent slip and miss – followed by tears of anguish – would go down in football folklore… and prove costly – with United going on to snatch victory 6-5 in the shoot-out.

Sir Alex Ferguson’s incredible Double winners of 2007/08 have now been voted by fans as the greatest team in Premier League history.

But what has become of the Red Devils’ Moscow heroes? 14 years on, SunSport are on hand to take a look.

The legendary Dutch keeper, who crucially saved Nicolas Anelka’s penalty that night, played on for three further years at United.

He retired after another Champions League final in 2011, but this time was helpless as Messi and Co ran riot at Wembley in one of the most accomplished performances of all time.

At 51, he has now returned to his first professional club Ajax as CEO, a position he has held since 2016.

Like van der Sar, Brown, 43, also left Old Trafford in 2011 – but saw the remainder of his career dogged by injuries.

He managed only 76 league appearances in five years at Sunderland – with the majority of them at centre-half rather than right-back.

He called time on his career in 2018 after brief spells with Blackburn Rovers and Kerala Blasters in India – and is now mostly seen doing punditry work – including for MUTV.

Brown also holds a Uefa ‘A’ coaching licence after working with the Irish Football Association.

A legendary figure at the back alongside Vidic, Ferdinand would captain United and England following this historic night.

The rangy defender, 43, scored the final winning goal of Sir Alex Ferguson’s illustrious reign against Swansea in 2013, before departing for Queens Park Rangers a year later.

He couldn’t prevent relegation for the West Londoners and retired in 2015 – he is now seen regularly as a pundit for BT Sport.

Ferdinand also hosts his own YouTube talk show and podcast called ‘Vibe with Five’, which discusses all things football.

The Serbian became a bona fide legend at Old Trafford, but like Ferdinand called time on his United career after David Moyes’ ill-fated tenure.

He would then play a season at Inter Milan, but with his best days behind him he retired in January 2016.

Now 41 and father of three children, Vidic stayed in Milan.

But he still performs occasional ambassadorial duties for the Red Devils – and completed his coaching badges ahead of a potential day-to-day return to the game.

United revealed last year that Vidic is now studying for UEFA’s Executive Master for International Players course, a 20-month programme that is held in Nyon, Switzerland.

Yet another member of this side to leave in 2014 after the defence began to creak under Moyes, Evra would still have a few years left in the game.

He won titles with Juventus before being sacked by Marseille for an altercation with a fan.

Evra then had a brief spell at West Ham in 2018 before retiring and now 41, he is most often seen bellowing “I love this game” to anyone who will listen, or working on his coaching badges.

And Evra almost began a shock career change in BOXING against Adam Saleh, athough was postponed at the last moment.

Having impressed in his first year at Old Trafford culminating in this match, unfortunately the rest of Hargreaves’ career would be plagued by injuries – featuring just five more times in three further years at United.

He was later scathingly described in Ferguson’s book, with the Scot writing: “When I signed him there was something about him I didn’t like. It turned out to be a disaster.”

Bizarrely he crossed the Manchester divide to play four times for City in the 2011-12 season before retiring, and now aged 41 regularly covers the Bundesliga for BT Sport.

Another true Red Devils legend, he became even more revered in the tail end of his career after the role of deep-lying playmaker became popularised by Andrea Pirlo.

He initially retired in 2011, before reconsidering and returning to action in January 2012 – eventually calling it a day for good in 2013 at the same time as Ferguson.

Now 47 he has business interests with Gary Neville – including at Salford City FC – and even briefly managed boyhood club Oldham Athletic. Scholes is another that regularly provides analysis for BT Sport.

But he was left red-faced last year when bizarre video emerged of Scholes chewing on his daughter’s toe-nails.

Always understated, Carrick appeared to belatedly gain more and more appreciation as his career began to wind down – eventually retiring in 2018.

The Englishman, 41, was made United captain in his late Old Trafford career, but managed only five appearances in his final season after requiring a medical procedure for an irregular heart rhythm.

He then worked as Ole Gunnar Solskjaer’s right-hand man as part of United’s coaching staff and even managed a few games as caretaker boss following the Norwegian’s exit in November.

However, Carrick quit United when Ralf Rangnick was appointed interim manager until the summer and has just been appointed as boss of Middlesbrough.

This match was the culmination of a season in which Ronaldo became untouchable.

The 37-year-old would scoop his first Ballon d’Or later in 2008, before breaking United hearts and transferring to Real Madrid the following year.

After nine astonishing seasons at the Bernabeu in which he scored 450 goals in 438 games, he moved to Juventus in 2018.

Then in 2021 he made a sensational return to Old Trafford and has scored 14 times in 24 games during his second spell.

However, it looks like he’s on borrowed time with new manager Erik ten Hag, after reportedly refusing to come on as a substitute in the 2-0 defeat of Tottenham.

Carlos Tevez, 38, was a favourite at Old Trafford for his blend of dogged determination and rich skill… but would do the dirty on them a year later.

In 2009 he controversially switched red for blue and signed for Manchester City – prompting the infamous “Welcome to Manchester” billboard.

He left English football for a successful period at Juventus in 2013, but after a dreadful spell at Shanghai Shenhua, Tevez returned for a third stint at boyhood club Boca Juniors – where he helped scooped a league title last year.

A modern day Manchester United legend, Rooney is undoubtedly one of the finest players to ever pull on the red shirt.

There were a few bumps along the way, however, having seemingly agitated for moves to City and Chelsea before becoming United’s all-time leading goalscorer.

He left in 2017 for a return to boyhood club Everton – before moving stateside for a popular spell at DC United. Wazza then managed Derby County in the Championship aged 36 through adversity.

This season he’s returned to the MLS – where he is coaching DC United.

The first replacement Ferguson drew upon was Ryan Giggs, with the Welshman going on to score the winning spot-kick. The Red Devils’ all-time leading appearance holder, 48, then managed his country after a stint on United’s coaching staff.

He is now awaiting a second trial after being accused of assaulting his ex-girlfriend.

Nani, 35, also appeared in extra time, and would represent United until 2015 – although he faded after Ferguson’s departure. After a nomadic spell since, he then played for Orlando City in MLS, in Italy with Venezia and now stars for A-League Men club Melbourne Victory.

Ferguson drew upon Anderson, 33, deep into extra-time purely to take a penalty – which he duly scored. Injuries curtailed his promising career and he retired in September 2019 at 31 after a spell in Turkey’s second tier.

But he was charged last year with alleged involvement in a £4.7million cryptocurrency fraud ring in Brazil. 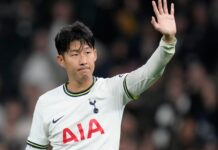 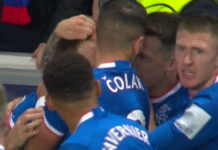 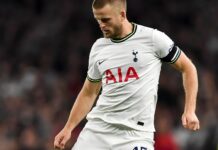 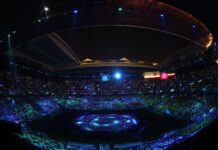 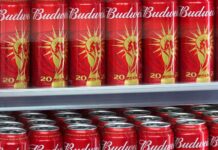 Fans hilariously sharing tips on how to smuggle beer into World... 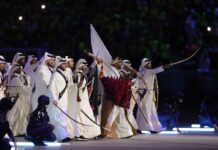 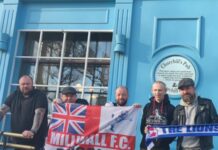 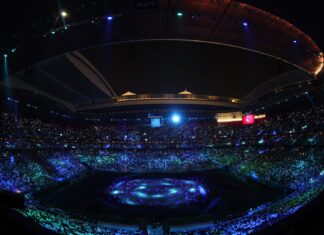 sportslatestnews - November 20, 2022
0
FOOTY fans were left baffled by the BBC not broadcasting the opening ceremony of the World Cup. Qatar 2022 officially got underway on Sunday...

Fans hilariously sharing tips on how to smuggle beer into World...