WAYNE ROONEY got an assist on his Derby County debut – and sent eldest son Kai wild in the stands.

The England and Manchester United legend delivered an excellent cross from a free-kick for striker Jack Marriot to poke home.

Rooney, captaining the Rams, joined the celebrations with his team-mates as they took the lead against Barnsley.

But his son Kai, 10, was captured leading the jubilations in the stands.

It marks the first time Rooney, 34, has played in the Championship after leaving MLS side DC United.

His signing was criticised by some after he was handed the number 32 shirt – in a deal with Derby’s bookmaker sponsors 32Red.

He admits it lacks the quality of the Premier League, but knows how competitive the second tier is.

But he hopes he can match owner Mel Morris’s ambitions and get Derby into the top fight as soon as possible.

Rooney told Sky Sports’ EFL Podcast: “What excites me about the Championship? I don’t know yet.

“It’s a league I’ve always watched. But it’s different to the Premier League, there’s more games for a start.

“Quality wise, it’s probably not as good as the Premier League.

“But it’s a physical league and I know how a lot of these games go. You have to fight and work and battle to get results.

“But I’ve no problems with that. I know what to expect. It’d be a similar standard to MLS.

“There’s probably a bit more quality in the Championship squads but the MLS has better individual players.

“MLS is a competitive league and sometimes that gets looked down on in England.” 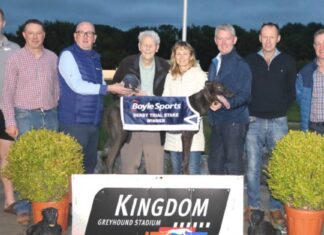