Watch back the Radio Kerry commentary on Kerry v Mayo with Ambrose O’Donovan and Tim Moynihan. If you are visiting from our app, click the link here to watch on Youtube

The Radio Kerry commentary team will be back again next week as it’ll be Kerry against Dublin on July 10th for a place in the All-Ireland Senior Football Championship Final.

Cillian O’Connor pointed Mayo in front from a free in the opening minute. One minute later David Clifford had the Kingdom level and Gavin White then put over to nudge Kerry in front. It was 2 points apiece after 4 minutes. David Clifford then gave Kerry a scare as he went to ground with an apparent leg problem but fortunately he continued albeit not moving freely.

On the 8 minute mark a side footed effort from Aidan O’Shea had Mayo ahead. Paul Geaney had a glorious goal chance in the 11th minute, coming in from the side but his shot went wide at the near post. Tom O’Sullivan pointed Kerry level on the 1/4 hour mark and a David Clifford free then nudged the Kingdom ahead.

Kerry went 2 clear courtesy of a Sean O’Shea score in the 19th minute; Kerry 0-5 Mayo 0-3. Cillian O’Connor halved the deficit before Dara Moynihan had an effort for a point ruled out by Hawkeye. The 23rd minute brought a Mayo equaliser. Paul Geaney and Jack Carney then swapped scores to make it 6 all in the 26th minute. After Mayo went ahead it was Kerry who struck for the opening goal, David Clifford netting in the 28th minute to edge Kerry in front once more.

Mayo’s Aidan O’Shea was then black carded but they had the next score to halve the Kerry advantage to 1-6 to 0-8 after 34 minutes. After David Moran doubled the Kingdom lead Kevin McLoughlin blasted over the ball for Mayo when in a decent goal scoring position, not dissimilar to where Paul Geaney hit wide from down the other end earlier in proceedings. Kerry led 1-7 to 0-9 at half-time.

A fisted effort form Tom O’Sullivan doubled the Kerry lead 5 minutes into the second period. Fellow corner back Graham O’Sullivan was next to score for the Kingdom, that after Mayo had pointed themselves. It was Kerry 1-9 Mayo 0-10 after 43 minutes but Mayo quickly halved that deficit. A David Clifford scored after a mark but again Mayo followed up with a point of their own.

Mayo were on top but continued to kick numerous wides. Kerry proceeded to go 2 up in the 51st minute at 1-11 to 12 points. 5 minutes later Sean O’Shea worked his way in towards the Mayo goal before passing to Tom O’Sullivan. A goal chance looked on but O’Sullivan blazed over the bar. Paul Geaney then pointed Kerry 4 clear; 1-13 to 0-12 after 57 minutes. The same player made it a 6 point game with 7 minutes remaining.

Kerry were 7 up through Sean O’Shea, then 8 thanks to Paul Geaney. Mayo finally got back on the scoreboard, their first point in 19 minutes, in the 68th minute. The Kingdom were comprehensive winners. 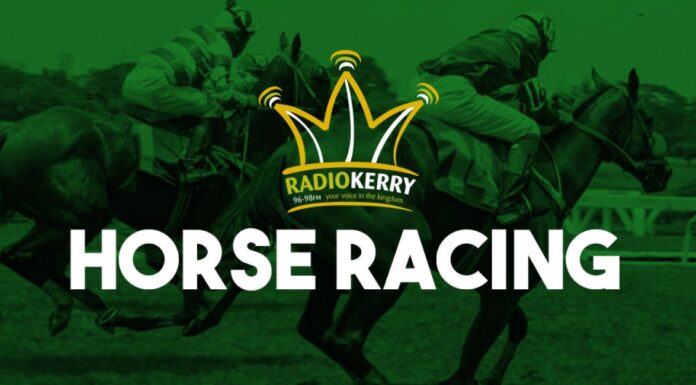 Schools Cup Win For Kerry Side