Kyle Allen couldn’t have picked a better time to play his best game for the Washington Football Team. Allen, who replaced Dwayne Haskins as starting quarterback, heads into the bye week with an even greater endorsement than one from his coach. After leading the team to a 25-3 win over the Dallas Cowboys to end a five-game losing streak, Allen has now won the locker room.

Allen was at his best on the worst day of weather this season and made Scott Turner’s offense look brilliant. Kyle Allen tossed two second-quarter touchdown passes and Antonio Gibson ran for a career-high 128 yards as the Washington Football Team won for just the second time in their last nine meetings against their most bitter rival in Landover. Allen finished the game 15 of 25 passing for 194 yards and two touchdowns.  Gibson ran for 120 yards and a TD that included a 40-yard scamper.

For the first time this season Washington’s offense had a rhythm and they were able to stretch the field.  Receiver McLaurin may have been Haskins college teammate at Ohio St. but has never looked to be in sync like he was with Allen.  McLaurin and tight end Logan Thomas exploited the historically inept Dallas defense that finally showed balance for the first time this season.  Washington’s first offensive series ended when they were stopped on fourth and goal from the two yard line, which proved to be the last meaningful play the Cowboys showed a semblance on that side of the ball.

Washington (2-5) fell in line as the latest team to destroy the beleaguered Cowboys. They bludgeoned Dallas offensively for 397 yards while the defense held the Cowboys to 142 while controlling the ball for more than 36 minutes.  If the game had been a boxing match, it would’ve been stopped somewhere in the middle of the third quarter.

The win now breathes new life into the NFC East division title hopes for a team that seemed on the verge of a mutiny two weeks ago.  There will be no controversy during the bye week, and they  host the N.Y. Giants at FedEx Field following the break. Allen’s last six quarters marked the most efficient offensive period of the entire season and with a bad division out there for the taking, Washington can legitimately start thinking they could finish as the best of the worst on their way to the NFL playoffs. 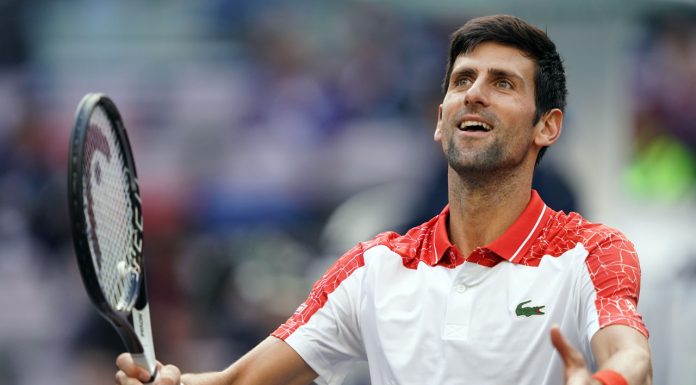 Djokovic motivated by talk of catching Federer in Slams