VLADIMIR PUTIN stood happily under an umbrella while the French and Croatian leaders stood next to him getting drenched following the World Cup final.

The Russian president ensured he was prepared for the weather while handing the trophy to France following their 4-2 victory.

But French counterpart Emmanuel Macron and Croatia’s prime minister Kolinda Grabar-Kitarovic got drenched on the field.

Fortunately the duo did not seem to mind as Macron celebrated wildly and Grabar-Kitarovic remained magnanimous in defeat and even snatched a smooch with the trophy.

Fifa later brought out umbrellas but caused controversy as its president Infantino was handed a brolly but the women wearing Qatar Airways uniforms were ignored.

Twitter users were quick to spot Putin standing proudly as a suited man kept him dry while watching his associates get soaked.

Putin gets an umbrella. Beautiful presidents of Croatia and France get soaked!

Howling over the image of Putin stoic and under an umbrella while we have Macron and Grabar-Kitarović standing in the rain happy, smiley, teary, totally soaked and hugging each and every single player #WorldCupFinal

“Should we get Croatia’s President an umbrella, President Putin?”

A Mario Mandzukic own-goal got the French off to a flier but Ivan Perisic pulled Croatia level after 28 minutes.

Antoine Griezmann restored the lead with a controversial penalty before Paul Pogba and Mbappe struck within six minutes of each other.

Mandzukic capitalised on a Hugo Lloris’ mistake to give his side hope with 21 minutes to play but France held on for their second World Cup triumph, 20 years after their first. 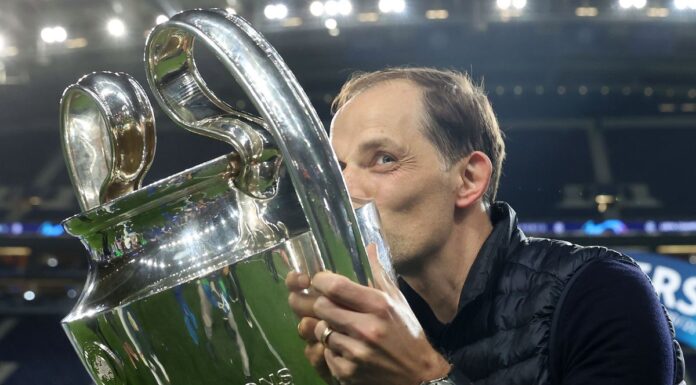 The Return of Golf In Kerry

Cristiano Ronaldo told by Man Utd he MUST return for pre-season this week ahead...