DAVID MOYES has accused the  Premier League of double standards over calling games off for Covid-19.

And fellow boss Sam Allardyce is asking for a football ‘circuit breaker’ to prevent the crisis running out of control.

West Ham gaffer Moyes wants clarification from Prem chiefs amid suggestions they have moved the goalposts over postponements.

Manchester City were allowed to halt Monday’s  trip to Everton but Moyes, whose  side travel to Goodison on Friday, were not given the same treatment when the Scot and two of his players tested positive in September.

Moyes spoke after a 0-0 at Southampton, whose boss Ralph Hasenhuttl was self-isolating at home.

The disgruntled Hammers  manager told talkSPORT: “From a distance it doesn’t look as if we are following the same rules for all teams.

“I don’t know if it was a concern when I and two of my players got it. The game very quickly said ‘No, you’ve got to play on’.

“We were told by the  Premier League as long as you had 14 fit players you had to do it, so those rules could do with getting cleared up with exactly what they are.

“That’s what we are led to believe and if it is we feel we were treated differently at that time than the players are now.”

I’m 66 and the last thing I need is to catch Covid, probably players will overcome it but it’s more difficult for someone like me so I’m very concerned for myself and football in general.

A confirmed 18 positive results were revealed last night from 1,479 tests between December 21 and 27, exceeding the early November record tally of 16, post the restart.

And Big Sam, speaking after his West Brom side’s 5-0 thrashing at the hands of Leeds, believes a short shutdown would help football get hold of the rising cases.

He said: “Everyone’s safety is more important than anything else. When I hear this new variant of the virus transmits 70 per cent quicker we can only do the right thing which would be to have a circuit breaker.

“I’m 66 and the last thing I need is to catch Covid, probably players will overcome it but it’s more difficult for someone like me so I’m very concerned for myself and football in general.

“We had one positive this week, it seems to be creeping around no matter how hard we try and how often we wash our hands and  follow the guidance.”

Wilder, who only named seven subs on the bench not nine, said: “We had a player who had to get a quick test in the morning and have a couple missing. Four or five of my backroom staff all tested positive.

“We notified the relevant authorities but we wanted to play football and weren’t looking to get anything canned.

“It wasn’t an ideal situation. We did the right thing.  It is picking up and running through football.”

Fulham have reported a number of positive cases ahead of their game at Spurs this evening, although no postponement request has yet been made.

But Prem bosses are expecting to record an even greater number when the next figures are released with the mutant strains running wild across the country.

A potential ‘circuit-breaking’ short-term shutdown has been considered but only in the boardroom of a couple of top-flight clubs at this stage.

Instead, Prem chiefs are understood to be examining League protocols to see if they can tighten regulations.

Pep Guardiola’s City will today get the results of the tests and discover whether Sunday’s trip to Chelsea can go ahead.

The Etihad club have closed their training ground but  plan to conduct more tests tomorrow  and on Saturday to identify the full extent of the virus spread.

Guardiola and his staff believe at least five first-team members have fallen to the virus, although only Gabriel Jesus and Kyle Walker have been confirmed.

Another looming issue is next weekend’s FA Cup third round ties.

So far Wembley chiefs are not planning cancellation of the round but along with Prem bosses they will have their fingers crossed. 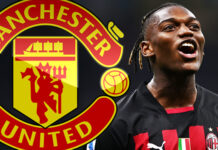 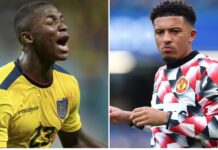 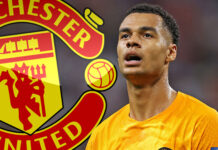 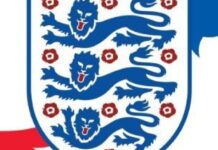 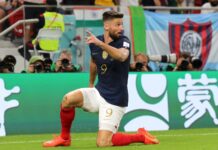 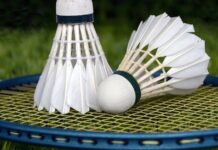 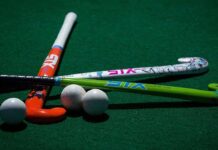 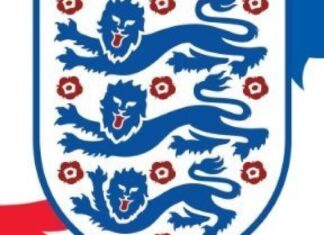 sportslatestnews - December 5, 2022
0
England will take on reigning champions France in the quarter finals of the World Cup on Saturday. Gareth Southgate's side booked their place in...