It may have come in a frustrating result for his team, but USMNT star Timothy Weah took a moment to mark his first World Cup goal for USA by having dinner with his father, George, in Qatar.

George is the President of Liberia but before he moved into politics, was an extremely talented soccer player in his own right.

He is, and remains, Africa’s only ever Ballon d’Or winner – scooping the prize of the best player on the planet in 1995 after a starring year for Italian giant AC Milan and French team Paris Saint-Germain. 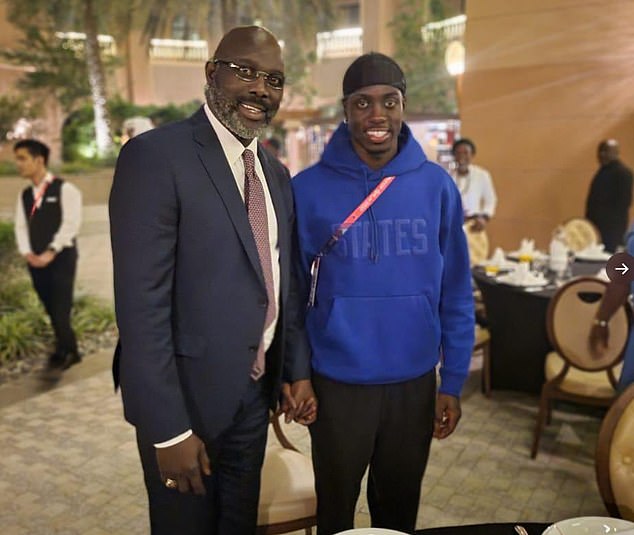 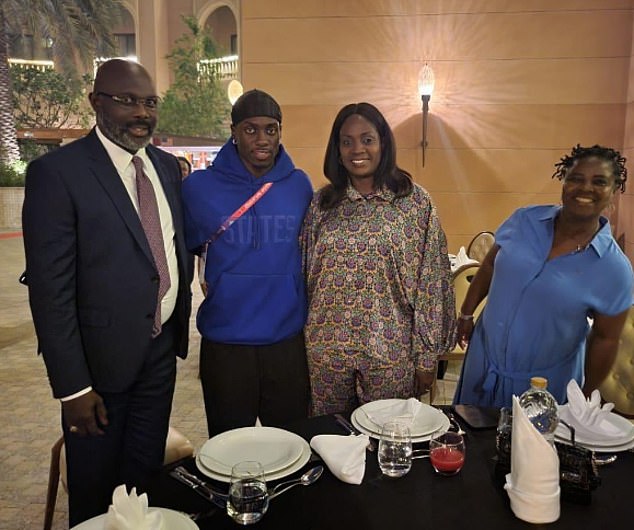 And while Timothy has a way to go before he’s claiming prizes like that, he clearly inherited a good part of his father’s skill.

Weah Jnr, who plays club football in France for Lille, scored a smart goal on his first ever World Cup appearance for the USA on Monday.

He was played through on goal by USA and Chelsea star Christian Pulisic and converted clinically beyond Wales goalkeeper Wayne Hennessey.

Unfortunately for Weah and his team, however, Wales fought back in the second half and eventually took a point after LAFC star Gareth Bale converted from the penalty spot.

While the result wasn’t something to celebrate, Weah got to mark the personal landmark with his father, who wrote on Twitter:  ‘Just had dinner with my son Timothy Weah. Proud daddy.’ 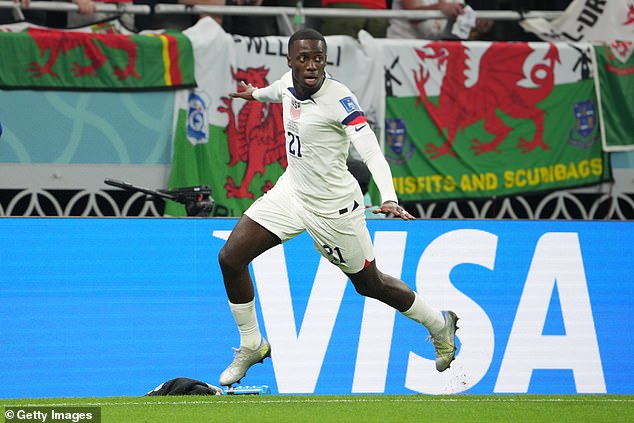 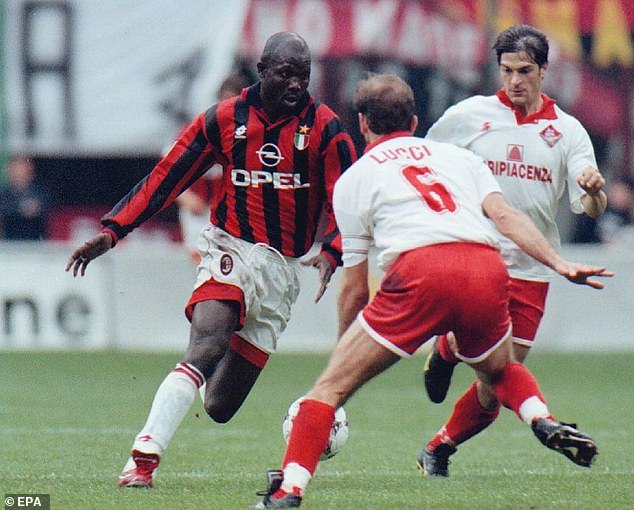 Timothy was born in the United States – in Brooklyn, New York – and grew up playing soccer in Florida and was able to choose to represent the US over his father’s nation.

USA returns to World Cup action on Friday with a tough game against England, which won its first match 6-2 against Iran.

The United States then rounds out its Group B campaign by playing Iran on November 29. 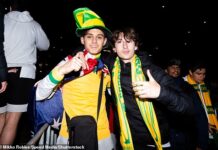 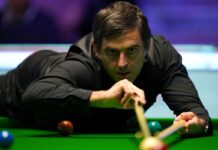 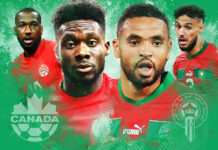 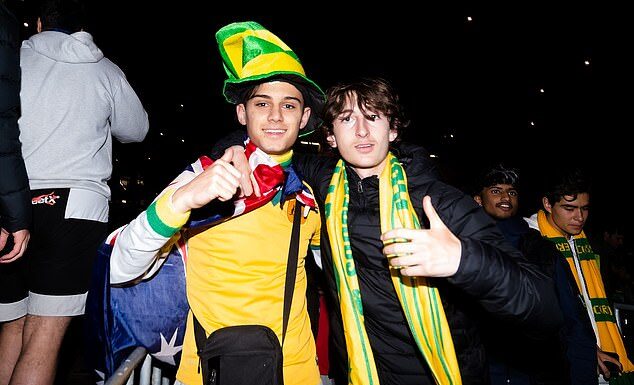 German WAG Ann-Kathrin Götze poses in bikini ahead of must win game against Costa...