The European game had hoped to demonstrate in France this past month that it has caught up with women’s football’s outstanding nation but the evidence of the tournament endgame suggests that the gulf may be unbreachable for a fair while yet.

For 45 minutes, a valiant and indefatigable Holland repelled all that the reigning champions had to throw at them, in a performance which suggested that Phil Neville’s England may have their work cut out in the European Championships held on English soil, two years from now.

But as day follows night, the American breakthrough came. By the hour mark Megan Rapinoe was reprising her gladiatorial stance – arms wide on the corner of the pitch – which has somehow come to encapsulate her nation’s supreme self-belief. 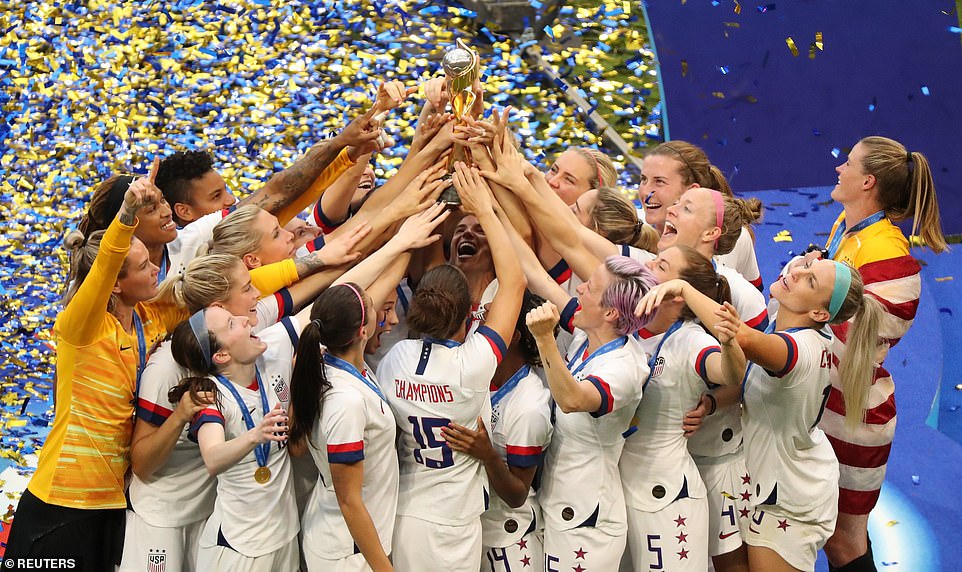 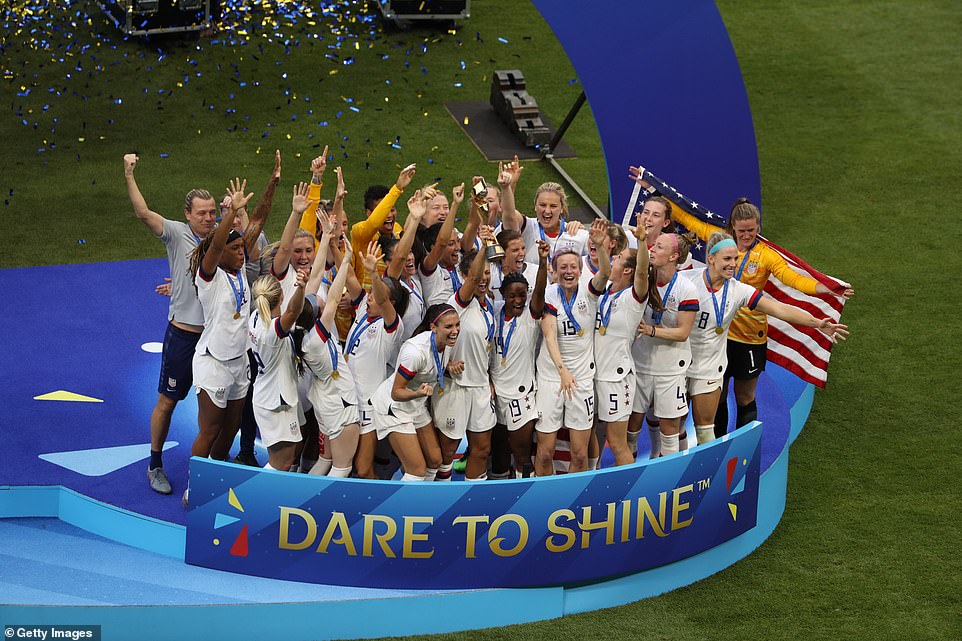 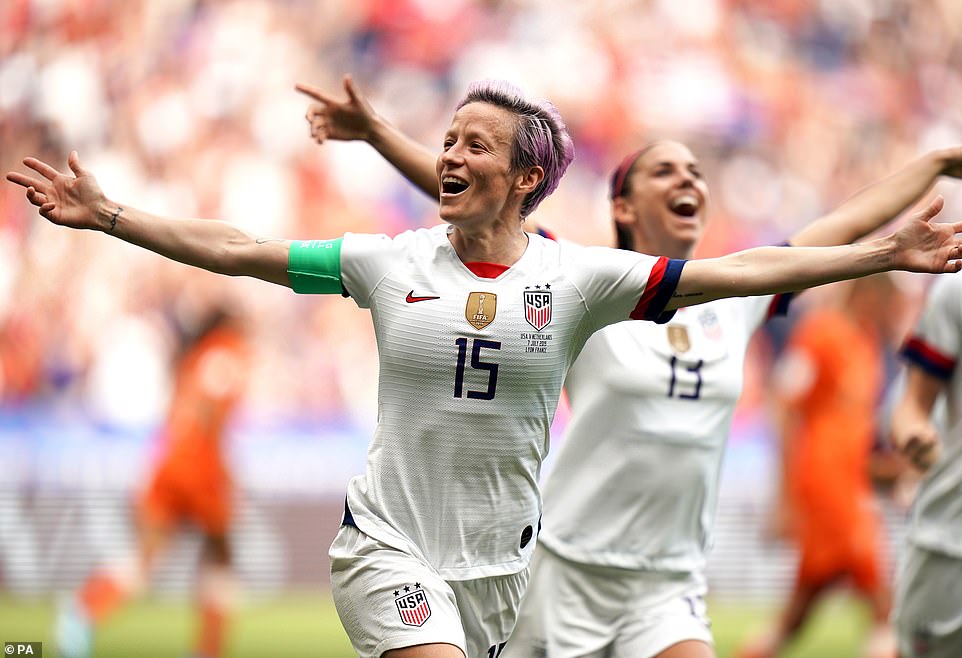 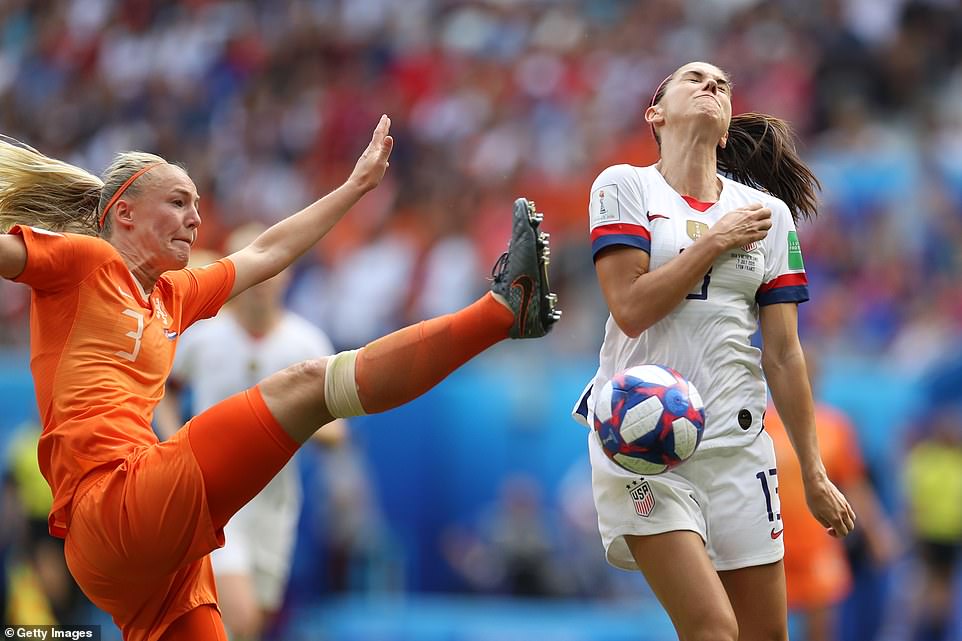 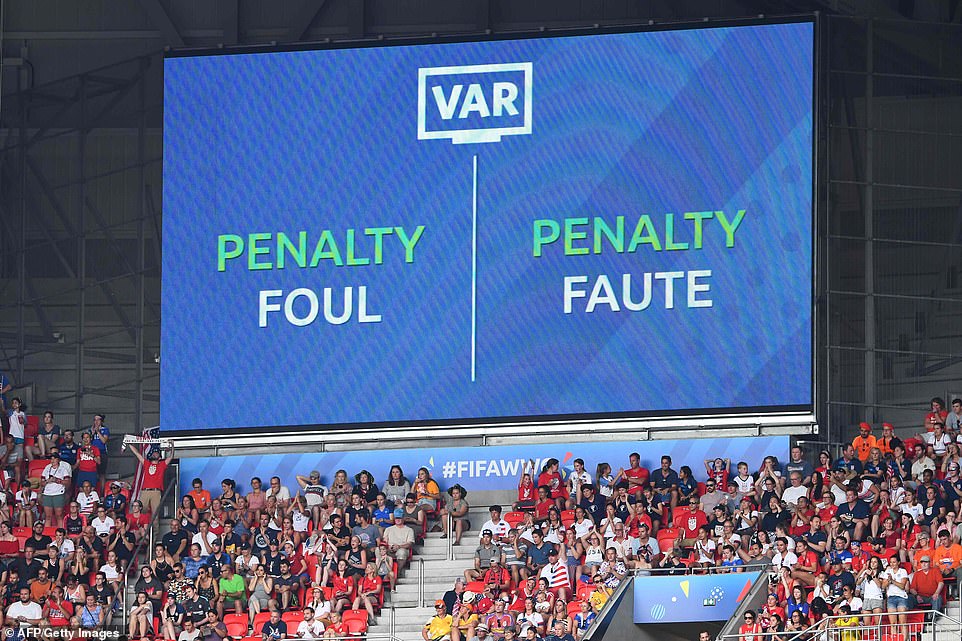 After originally giving the Americans a corner, the VAR urged referee Stephanie Frappart to look at the incident on screen 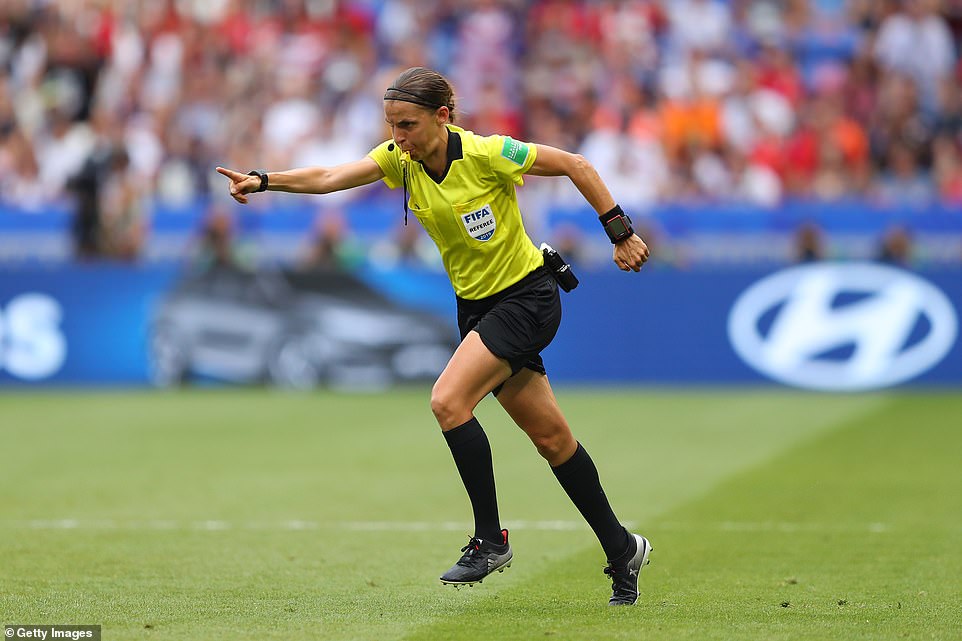 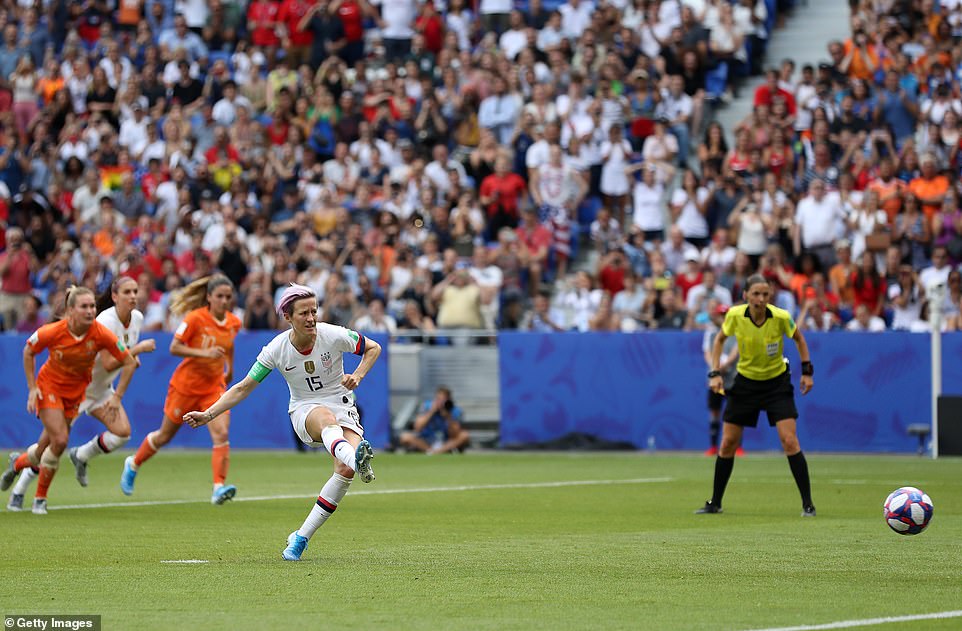 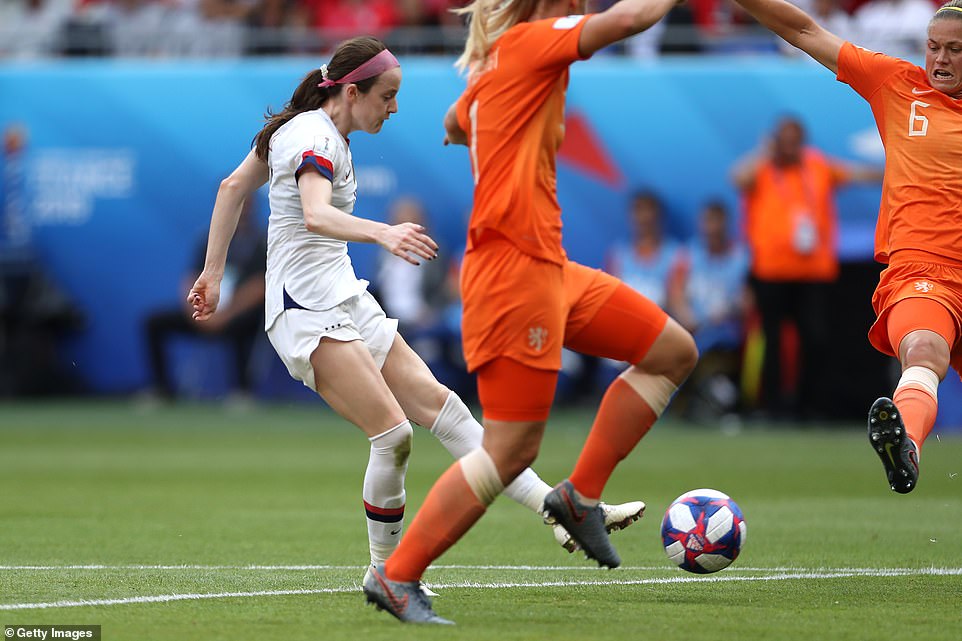 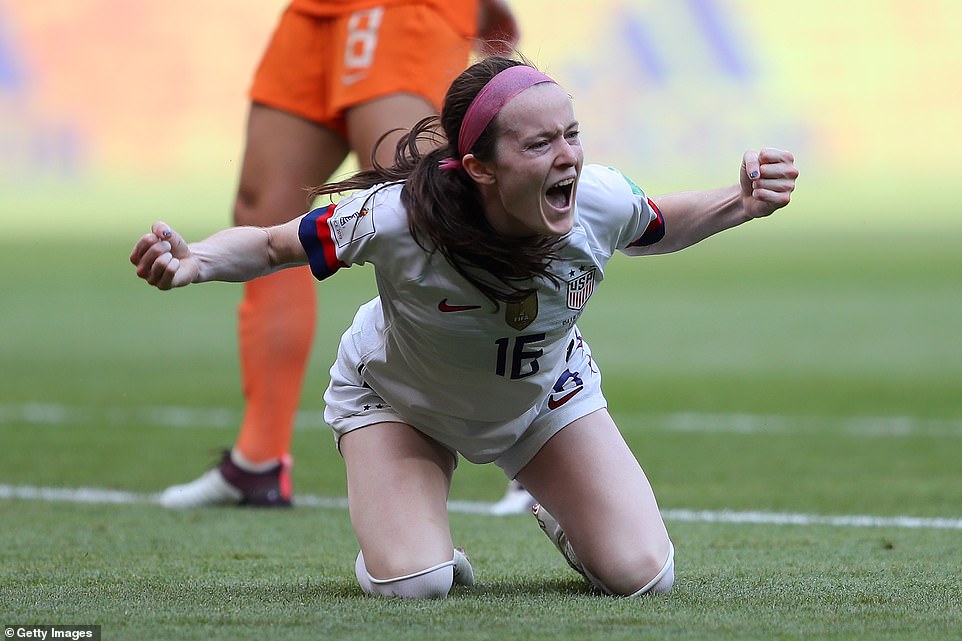 The Dutch, who did not play at a World Cup finals until 2015, can reflect on distance travelled and a travelling support base way beyond England’s. Yet they were on their knees by an end which could not come soon enough.

The Dutch had the same feelings about the US arrogance as England had, heading into the match.

‘They’re basically already congratulating us on finishing in second place,’ midfielder Danielle Van de Donk had said. And for 45 minutes the team’s ability to cope defensively was in a different stratosphere to Phil Neville’s players.

The Netherlands brought pace, organisation and physicality, with Sherida Spitse’s early booking the price of two tackles which were a signal of Dutch intent.

Megan Rapinoe, back to captain the overwhelming favourites, found centre half Anouk Dekker in a foot-race with her down the US left. Rapinoe barged Dekker. Dekker barged her back. Rapinoe fell to the turf. The US contingent howled with indignation. And play moved on.

There were levels of organisation we’ve simply not seen from England – right back Desiree van Lunteren doubling up to support Dekker, in a monumental contribution of her own to the effort to repel Rapinoe.

The US captain’s two whipped low crosses provided two chances in as many first half minutes but goalkeeper Sari van Veenendaal saved sharply with her foot: part of a monumental contribution which kept the scoreline in check. 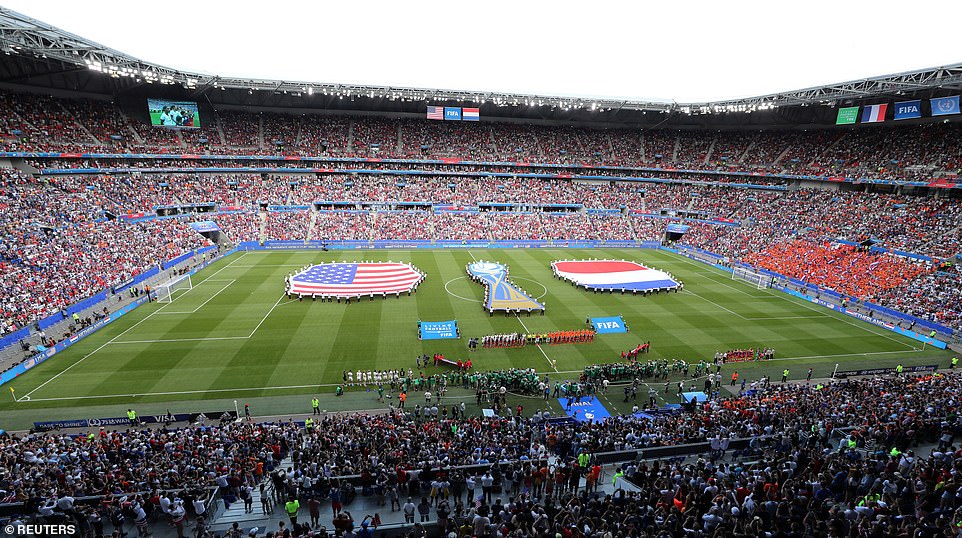 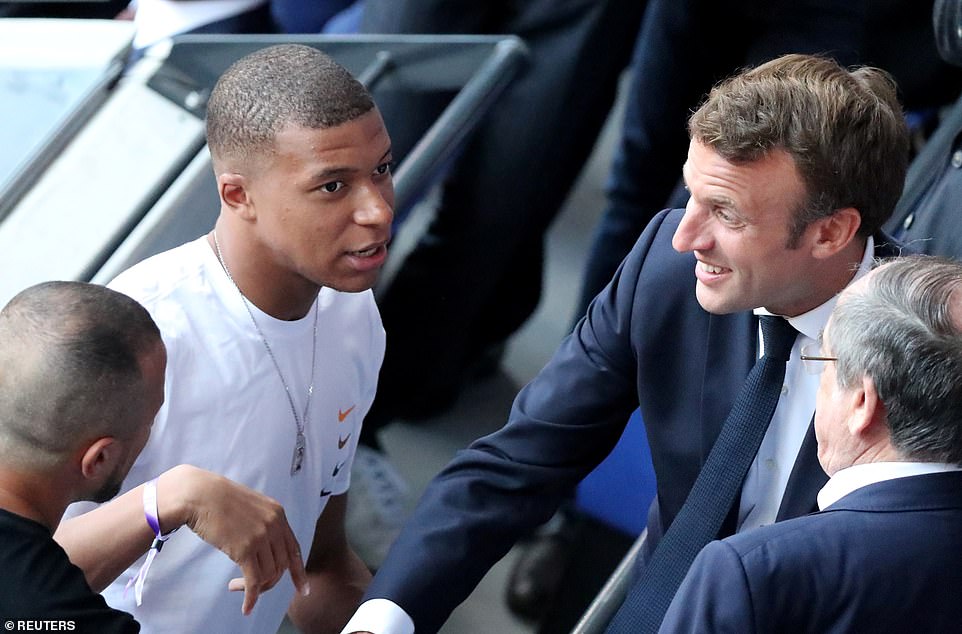 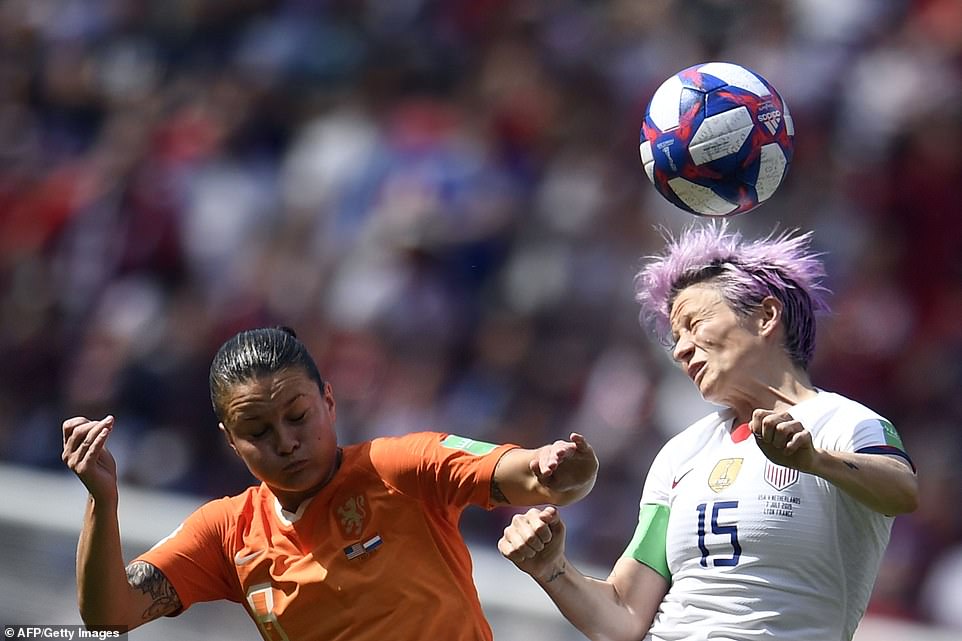 Dutch midfielder Sherida Spitse competes in the air with Megan Rapinoe, who was given the all-clear to start the final 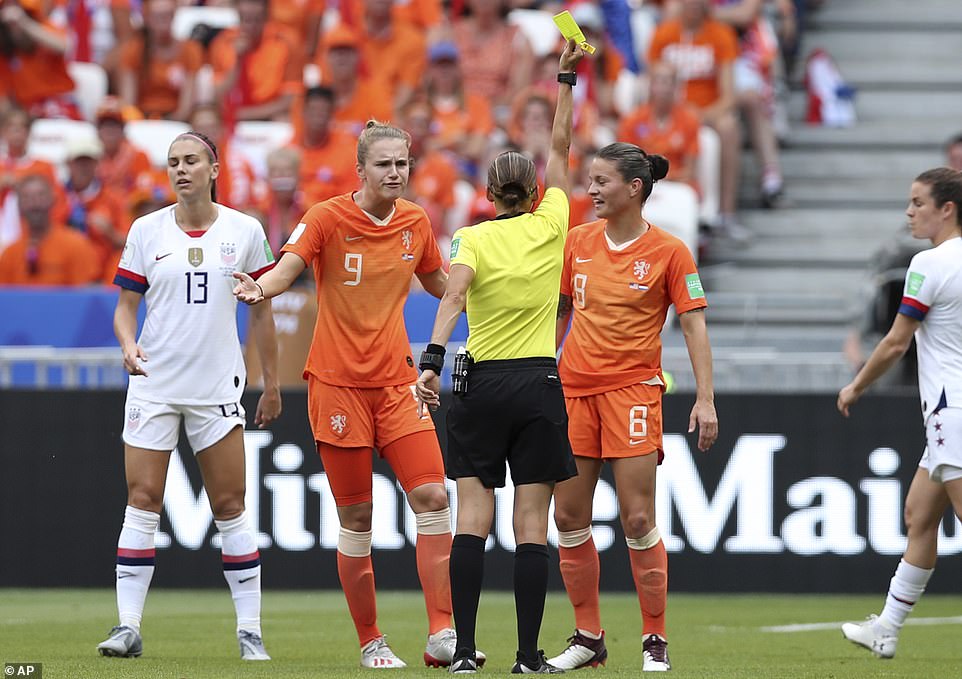 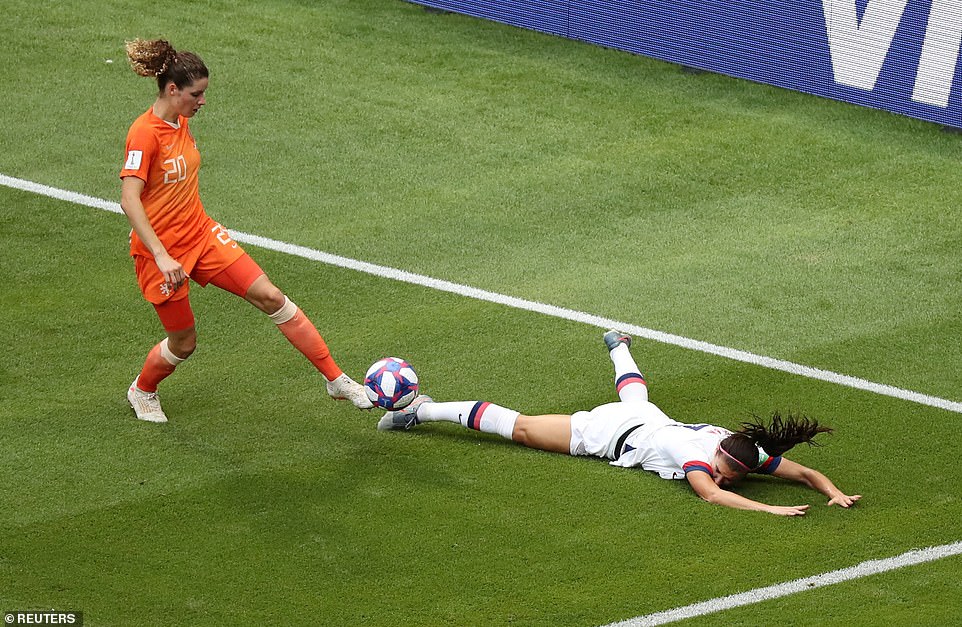 The best of her half dozen saves came when Julie Ertz’s vision had provided Alex Morgan with the chance to unleash the power of her right foot and she leapt to palm away. Out of contract, Van Veenendaal should surely be an immediate WSL target in the days ahead.

That first half was not exactly Brilliant Orange, to cite David Winner’s study of the creative genius which once turned the Dutch men’s team into one of the world’s best.

The European side have one of the world’s outstanding forwards in Arsenal Vivianne Miedema but the Arsenal star could not make an impression and the European looked panicked when they reached the final third. 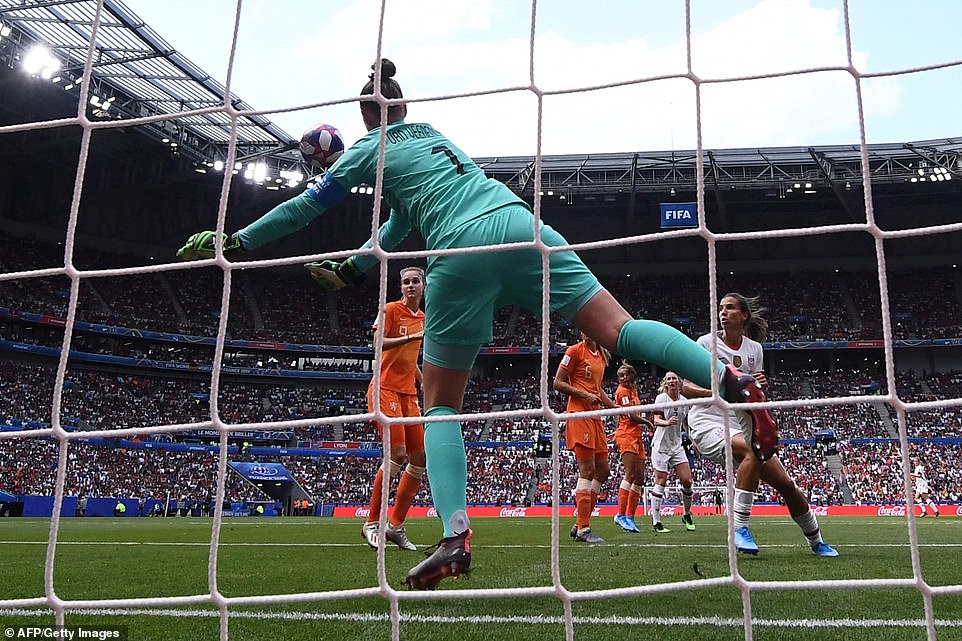 Sari van Veenendaal was in inspired form at the Dutch, making a series of excellent saves to keep the Americans at bay 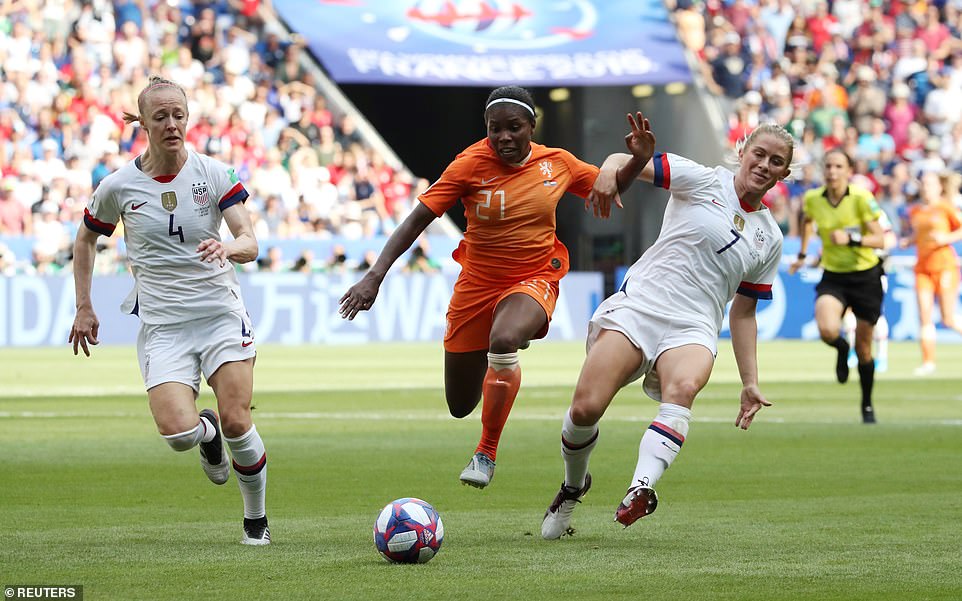 Lineth Beerensteyn drove past American defender Abby Dahlkemper, forcing her to bring down the forward and get booked 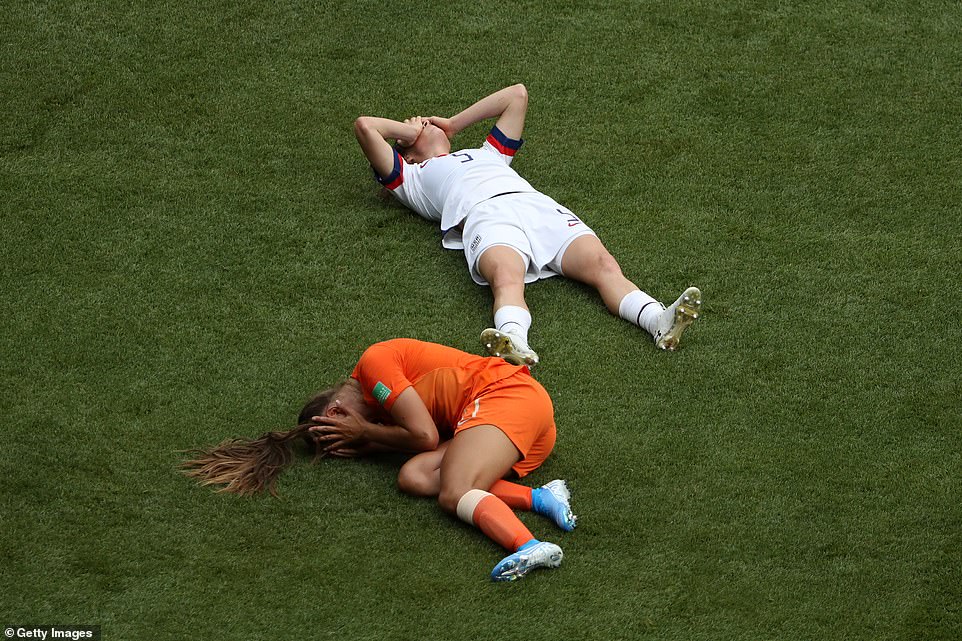 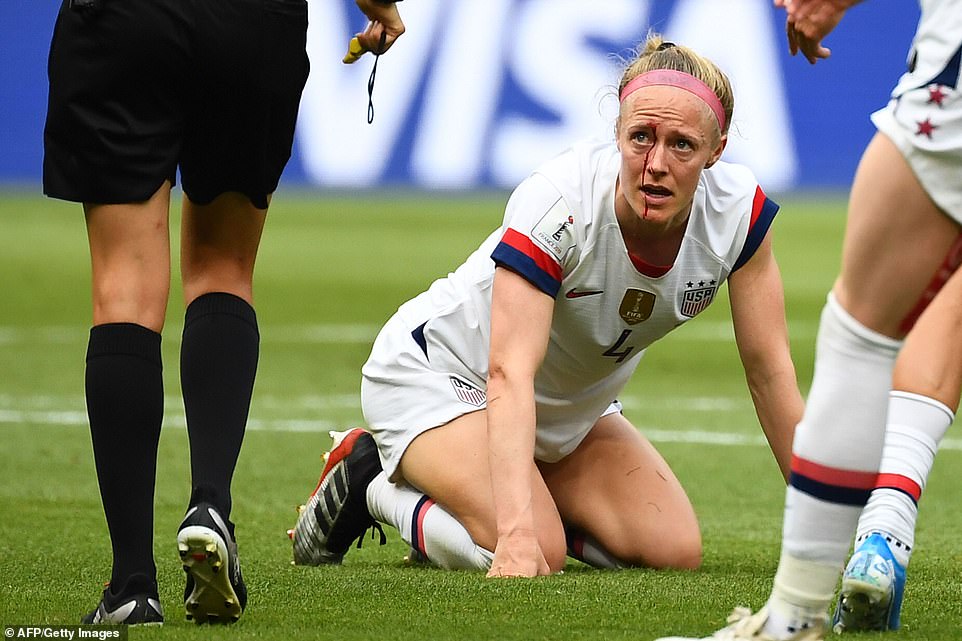 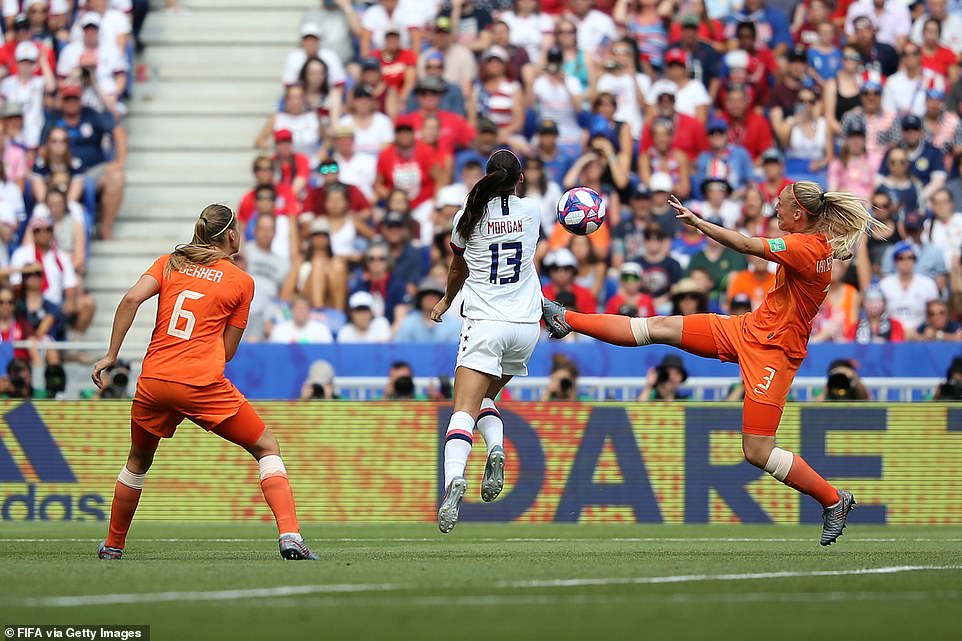 It’s why the penalty which sent the Americans on their way just before the hour mark always looked so ominous.

The defence was finally drawn into an error in the stifling afternoon heat – defender Stefanie van Der Gragt raising a boot to block a high ball for Morgan and placing studs high on the forward’s arm – and the VAR deliberation was uncomplicated.

The second goal was champion class – a run through the heart of the Dutch midfield by Rose Lavelle, architect of semi-final victory over England. She bisected Van Der Gragt and Dekker as she raced into the area and delivered her clinical, punishing finish into the bottom right-hand corner before Van Veenendaal could move. 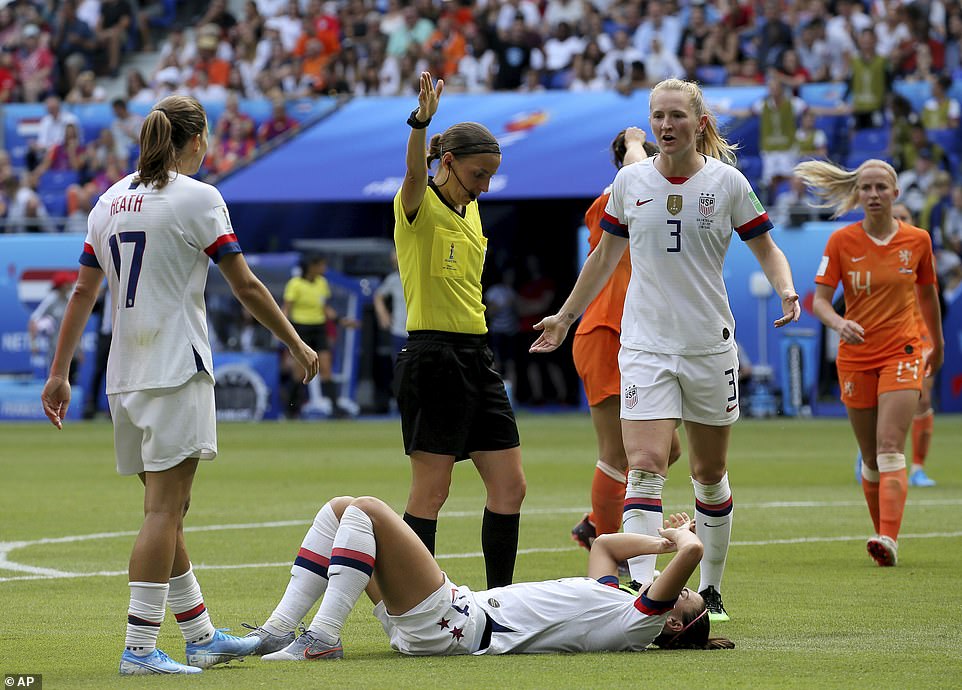 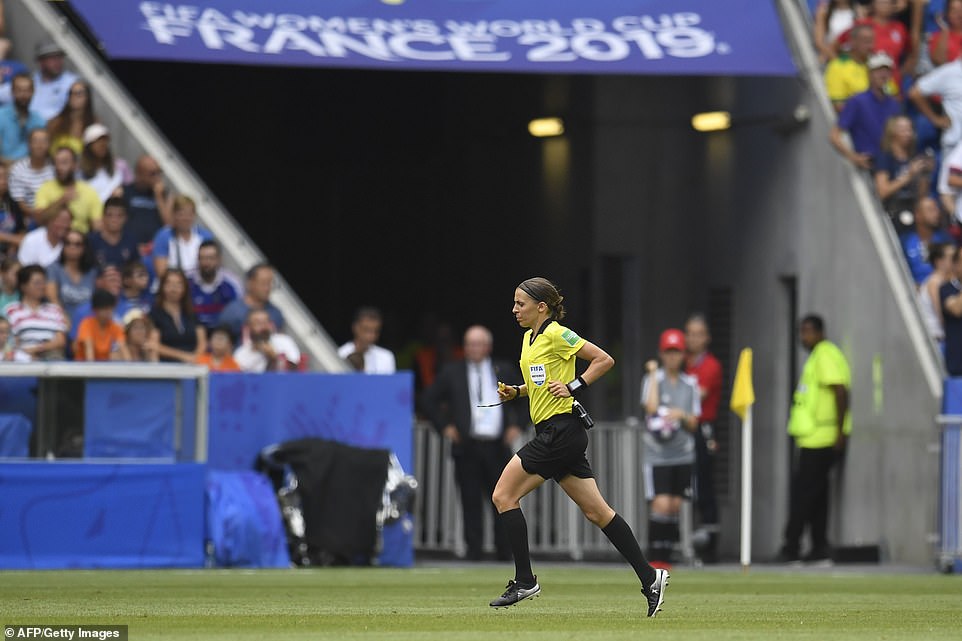 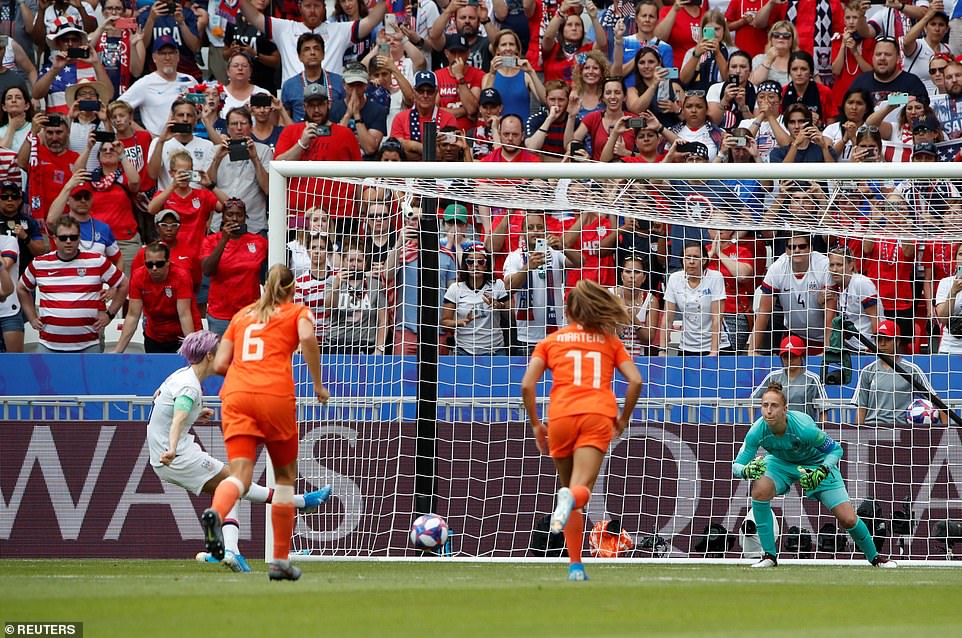 Rapinoe took her goal tally to six, moving her level at the top of the scoring charts with Morgan and England’s Ellen White 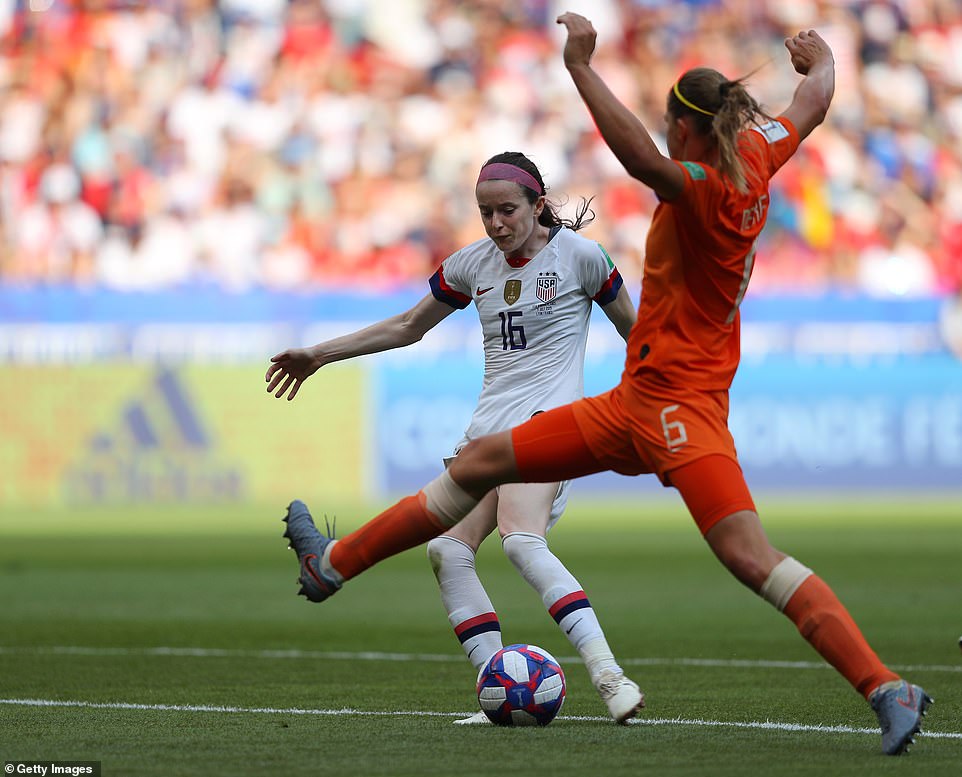 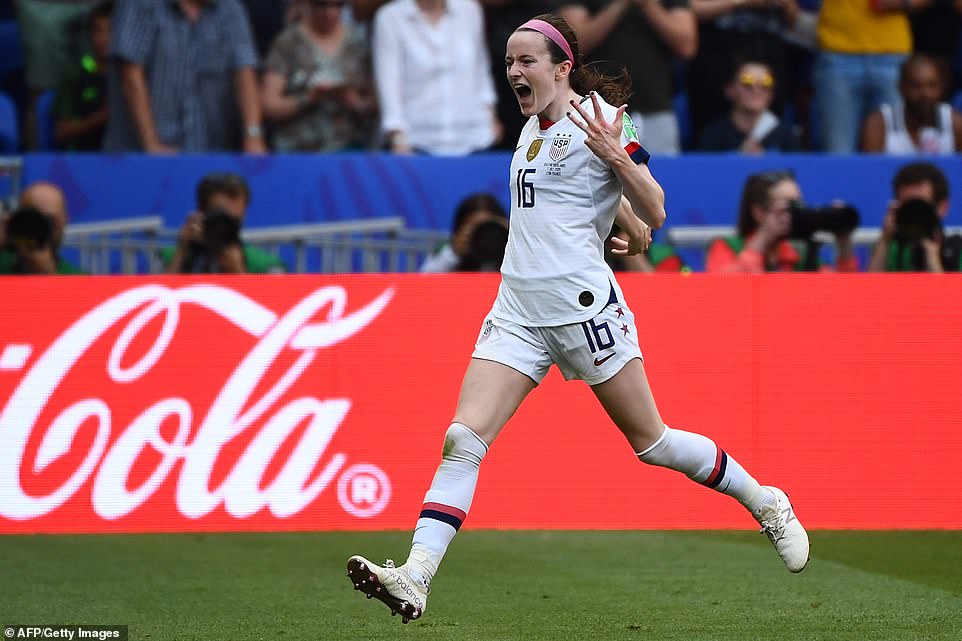 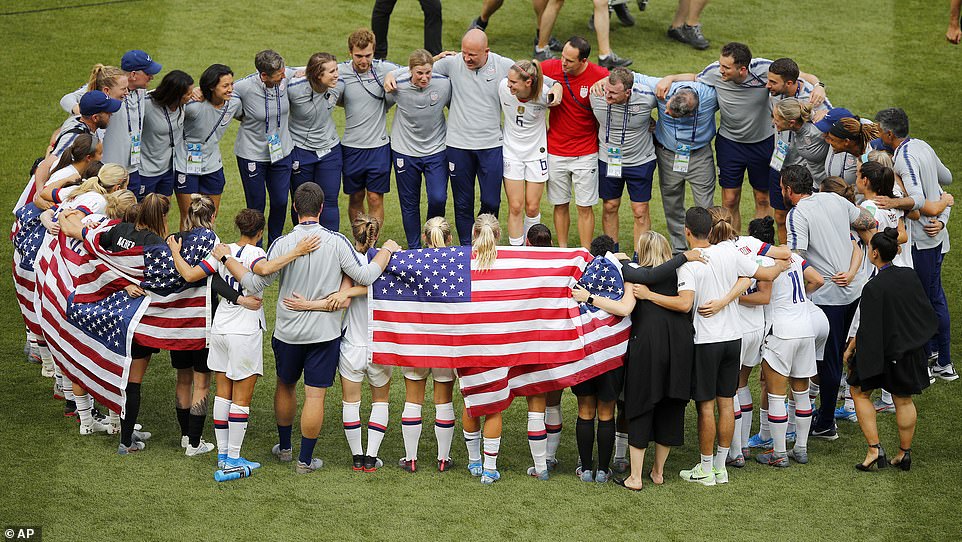 The US would have been out of sight had Tobin Heath, fed by Rapinoe, finished after cutting inside the desperately tiring Van der Gragt and shaped to shoot. Spitse arrived with a monumental challenge.

Rapinoe fed Crystal Dunn who cut inside Van der Gragt and brought another fine save from Van Veenendaal. The goalkeeper had saved twice more before the US coronation was confirmed.

The United States become only the second nation to retain their World Cup crown. Four years is a long time in football but Europe has its work cut out if it is to ward off a treble. 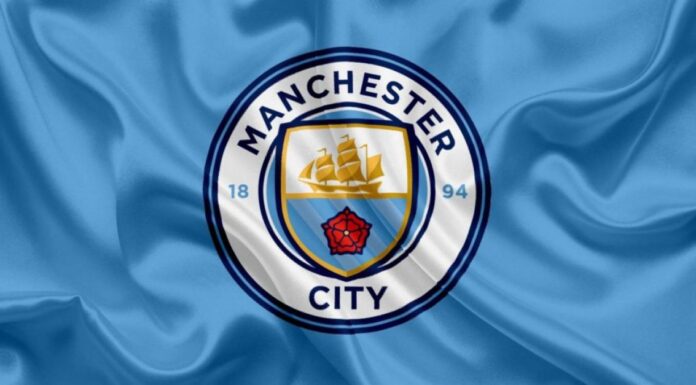 Luis Suarez, Willian and James Rodriguez make the most of time off