URUGUAY are two-time winners of the World Cup, but it’s been 72 years since they last lifted football’s biggest prize.

Liverpool stars past and present in Luis Suarez and Darwin Nunez are set to lead their charge in Qatar, which starts against South Korea.

South Korea will be hoping Son Heung-min is match fit after he suffered a fractured eye socket while in action for Tottenham earlier this month.

The Spurs star is expected to be ready in time to play against Uruguay.

The South Americans saw their 2018 campaign ended by eventual winners France in the quarter-finals, while South Korea have not made it out of the group stages since 2010.

Uruguay: Booked their ticket to Qatar by finishing third behind Brazil and Argentina in South American qualifying.

Won eight out of their 18 games to be one of the four automatic qualifiers for the World Cup.

Qualification looked in danger until they won their last four games on the spin.

South Korea: Qualified for the World Cup after finishing second in their group during Asian qualifying.

Finished two points behind Iran after winning seven, drawing two, and losing one of their ten games.

But qualification was never in doubt as they finished 11 points ahead of UAE in third.

Uruguay: Lost just one out of nine games this calendar year – a 1-0 defeat to Iran back in September.

Won on their last appearance, a 2-0 victory over Canada, also in September.

Will come into the tournament full of confidence thanks to their impressive run of form in 2022.

South Korea: Also on a decent run of results, and are unbeaten in their last three games.

Warmed up for the tournament with a 1-0 friendly win over Iceland earlier this month.

Beat Cameroon and drew with Costa Rica in September.

The 47-year-old was capped by his nation seven times as a player.

South Korea: Paulo Bento was appointed as manager of South Korea soon after the last World Cup in Russia four years ago.

The 53-year-old will go up against his native Portugal in the group stages.

Bento also managed Portugal from 2010-2014, where he will be relishing a reunion with Cristiano Ronaldo.

Uruguay: DARWIN NUNEZ took a little while to adjust to life in Liverpool, but the 23-year-old is now in fine form.

The striker has netted nine goals in 18 games since joining the Reds from Benfica in the summer.

He did limp out of Uruguay training ahead of the game, but is expected to be fit enough to play a part against South Korea.

South Korea: SON HEUNG-MIN has carried the hopes of South Korea on his shoulders for years.

The Tottenham ace, 30, has already racked up 104 caps for his country.

He will be appearing at his third World Cup, having failed to inspire them past the group stages on the last two occasions.

What TV channel will show the game?

Uruguay vs South Korea will be SHOWN LIVE on BBC One in the UK.

The game will also be streamed on BBC iPlayer.

Uruguay will fancy their chances of topping the group ahead of Portugal, and victory over South Korea would be the perfect start.

With Nunez and Suarez set to be helped in midfield by Real Madrid midfielder Federico Valverde and Spurs ace Rodrigo Bentancur, the South Americans should have too much quality in this one. 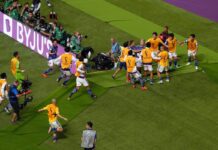 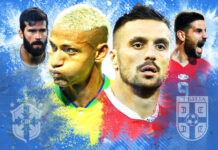 Brazil vs Serbia – World Cup Group G: How they got there, form and prediction as Neymar and Co get underway in Qatar 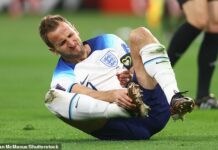 Uruguay vs South Korea – World Cup Group H: How they got there, current form and prediction as Nunez and Son face off

Portugal vs Ghana – World Cup Group H: How they got there, form and prediction as Cristiano Ronaldo kicks-off campaign

Brazil vs Serbia – World Cup Group G: How they got there, form and prediction as Neymar and Co get underway in Qatar

Uruguay vs South Korea – World Cup Group H: How they got there, current...

Portugal vs Ghana – World Cup Group H: How they got there, form and...

Brazil vs Serbia – World Cup Group G: How they got there, form and...