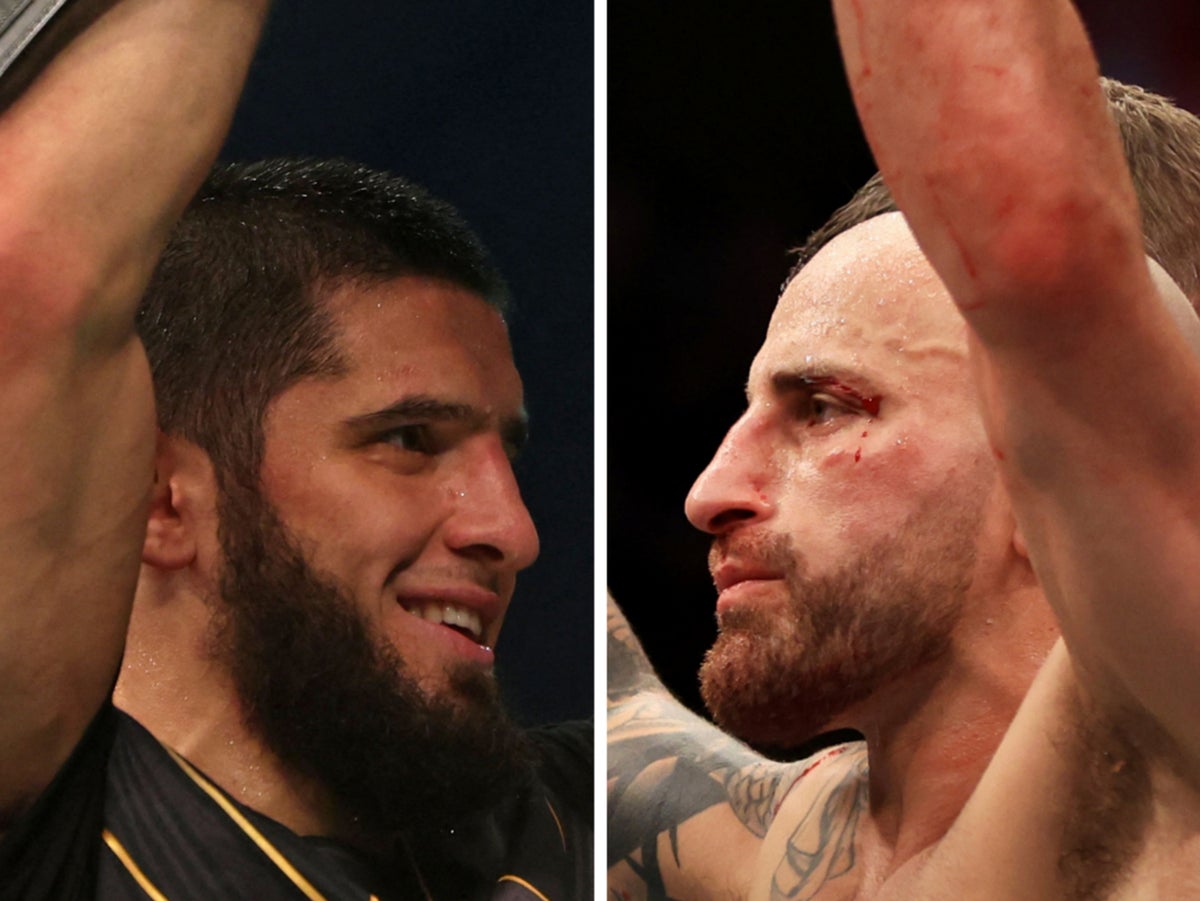 Another year of UFC action is upon us, as fans anticipate Conor McGregor’s long-awaited return to the Octagon as well as some major title fights.

McGregor, who remains the face of the sport, has not competed since breaking his leg in July 2021 but is as vocal as ever about a return, though new stars have emerged elsewhere and will help to keep audiences engaged.

In one of the biggest fights of 2023, recently crowned lightweight champion Islam Makhachev will defend his title against featherweight king Alexander Volkanovski, with the pair scheduled to meet on the latter’s home turf in Australia in February. Furthermore, former pound-for-pound No 1 Kamaru Usman is expected to try to regain the welterweight title from Leon Edwards, who dethroned the Nigerian-American with a stunning knockout in August 2022. The pair’s rematch – their third clash, in fact – is set to headline March’s London card, after Edwards’ title triumph made him just the second British UFC champion ever.

And we will finally see light-heavyweight ‘GOAT’ Jon Jones move up to heavyweight, as he fights Ciryl Gane for the championship vacated by Francis Ngannou, who has now left the UFC.

Here is every fight and event announced by the mixed martial arts promotion for the coming weeks and months (cards subject to change):