TWO men have been arrested over the alleged racist abuse of former England star Kieron Dyer.

Dyer, 41, claimed racial slurs including the words “monkey” and “banana” were made about him in the bar of his golf club.

He quit his membership saying he was appalled by the comments, allegedly made by a fellow member at Hintlesham Golf Club near Ipswich.

Dyer said in a statement last week: “It was brought to my attention by a playing partner that a fellow member verbally abused me.

“And while I did not hear it myself, as I had left the golf club to go home, I was left shocked when told.

“I have been a member at Hintlesham for a few years and have always found it a nice club with plenty of good people.

“But for me this is a deeply upsetting incident. I just hope the matter is dealt with appropriately by the Club.

“There is no place for this type of racism in our society.”

A man in his 50s was held on suspicion of a racially aggravated public order offence.

He and another man, in his 30s, were also held on suspicion of a malicious communications offence.

“They remain in police custody and will be interviewed in due course. Enquiries are ongoing.” 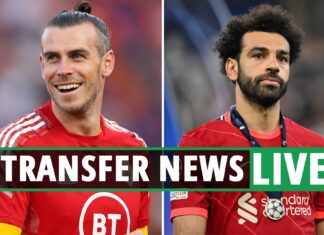