FOOTY fans were all left saying the same thing after spotting Wales boss Rob Page run down the tunnel during his side’s clash with Iran.

In the 80th minute of the Group B clash, the Welsh gaffer was seen heading down the tunnel.

It came during an injury to a player and a short break in play in the World Cup match.

Page looked to be in quite a hurry, and cheeky fans all had the same theory about where he was off to.

A slight variation was: “Rob Page needed a wee”.

Although, with Wales struggling against Iran, one fan thought he simply couldn’t bear the tension.

Wales were drawing 0-0 with Iran at the time Page trotted off.

Shortly after he returned to the touchline, which was little more than a minute after he disappeared down the tunnel, Page saw goalkeeper Wayne Hennessey sent off for a horror challenge.

And they paid the price, with Iran scoring in the 99th minute of the game to break Welsh hearts.

They then followed it up with another in the 101st minute to win 2-0. 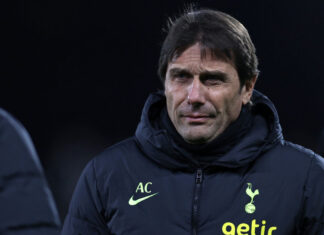