Manchester City could pursue Vinicius Jr over Erling Haaland and Kylian Mbappe is tipped to stay at PSG.

But it’s claimed City are ready to look at Real’s Vinicius because United and Bernabeu target Haaland could be too tough to recruit next summer.

Meanwhile, Mbappe is coming round to the idea of signing a new short-term deal with PSG – ruling out a free transfer exit to Real at the end of the season.

And Everton are on the brink of sacking boss Rafa Benitez as a dismal 2-1 loss lifted Norwich off the bottom.

Finally, Liverpool will overhaul Chelsea if they beat Brentford in today’s 2pm clash, before West Ham host Leeds at 4pm. 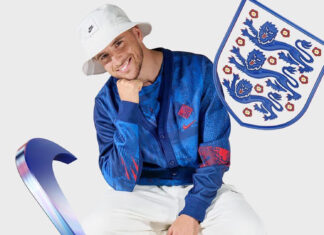 sportslatestnews - September 23, 2022
0
A DODGY-looking Three Lions cardigan has been unveiled — and fans want a piece of it. The official blue and red patterned garment is...