The transfer rumour mill continues apace with only two weeks to go until the deadline, as Arsenal chase a forward to boost their chances of winning the Premier League. The Gunners were beaten to the signing of Ukrainian winger Mykhailo Mudryk by London rivals Chelsea, who paraded the 22-year-old at Stamford Bridge yesterday, and it leaves Mikel Arteta still looking for one more signing to boost his options.

Arsenal have made contact with Barcelona over the possibility of signing Brazilian winger Raphinha and Spanish forward Ferran Torres, according to 90min, while they have been offered the chance to sign Leandro Trossard from Brighton after his recent fallout with manager Roberto De Zerbi.

Meanwhile Chelsea have decided they are willing to let Raheem Sterling leave the club, writes Football Insider, having splurged on Mudryk among a whole host of new signings at the club. Liverpool are considering moving for Wolves midfielder Ruben Neves now, rather than in the summer, in a bid to solve their disastrous form, writes the Mirror.

Follow all the latest transfer news and rumours below.

In a sign that they might not be the most well-run club these days, Barcelona want to re-sign Pierre Emerick-Aubameyang from Chelsea.

Barca bought Aubameyang less than 12 months ago from Arsenal, before deciding he was surplus to requirements at the Nou Camp and selling him to Chelsea in the summer to clear the Gabonese striker off their wage books.

Aubameyang signed a two-year contract at Stamford Bridge but the manager who wooed him, Thomas Tuchel, was sacked by the Chelsea board days later and replaced by Graham Potter. The striker has scored only one Premier League goal so far for the Blues.

Now Barca want him back, says the Telegraph, but fear they may face a legal challenge to re-sign a player in this way.

Chelsea’s spending spree looks set to go on as the club are reportedly exploring the possibility of signing Moises Caicedo from Brighton.

Brighton want at least £75m to even consider a sale this month with Chelsea already said to be willing to offer as much £65m+ for the midfielder.

Aston Villa have reached an agreement with Chicago Fire for the permanent transfer of 19-year-old striker Jhon Durán. The Colombian teenager scored eight goals and made three assists in 27 appearances for the MLS outfit.

Porteous is out of contract in the summer and has confirmed he will not sign a new deal with the Easter Road side.

The 23-year-old made his full Scotland debut last September against Ukraine in a 0-0 draw whilst this season Hibs manager Lee Johnston has played Porteous in midfield as well as defence.

Meanwhile Chelsea have decided they are willing to let Raheem Sterling leave the club, writes Football Insider, having splurged on Mykhailo Mudryk among a whole host of new signings at the club.

Now they need to offload at least one of many their forwards, and Sterling, who only joined this summer, could be on the chopping block. Finding a suitor for the 28-year-old and his vast wages could be a challenge, however.

It seems an absurd question about a player so far clear in the race for the Golden Boot. But the Norway international was a peripheral figure in Saturday’s 2-1 Premier League derby defeat to Manchester United, having only a couple of half-chances and just 19 touches in the match.

Haaland has now gone three games without a goal – hardly a crisis, particularly as he was only a second-half substitute at Southampton, but a dip by the standards of a player who had 27 in his first 21 outings.

Mikel Arteta saw his Arsenal side go eight points clear at the Premier League summit following a deserved win at Tottenham – but insists a successful title tilt will “demand almost perfection” for the rest of the campaign.

A Hugo Lloris own goal and a long-range strike from Martin Odegaard had the Gunners 2-0 ahead at half-time and they saw out an attempted Spurs fightback to secure their first victory at the Tottenham Hotspur Stadium.

It means, on the back of Manchester City losing at Manchester United on Saturday, that Arsenal have widened their gap at the top of the table ahead of the visit of Erik ten Hag’s Red Devils next Sunday.

Arsenal now have 47 points from their opening 18 games and, with five of the last six champions exceeding 90 points, Arteta knows they have to keep up their electric pace.

Gonzalez not for sale

Fiorentina have told Leicester that attacker Nicolas Gonzalez is not for sale.

It was reported that the Foxes were stepping up their move to sign the £30million-rated Argentine but the Italian side have publicly rebuffed their approach and now look set to keep the 24-year-old.

The forward was a priority target for Leicester who were prepared to make him one of the highest-paid players at the club if they could agree a fee with the Serie A side.

Anthony Elanga is the subject of plenty of interest with Borussia Dortmund the latest club said to be targeted the Manchester United winger.

That’s according to talkSPORT, which claim that Bournemouth have also been in touch regarding the winger.

Could United’s super sub be heading elsewhere in January?

Arsenal search for forwards after missing out on Mudryk

Arsenal are on the hunt for a new forward after missing out on Ukrainian 22-year-old Mykhailo Mudryk.

Chelsea’s last-minute hijacking of the deal has left the Gunners searching for another option, and have they made contact with Barcelona over the possibility of signing Brazilian winger Raphinha and Spanish forward Ferran Torres, according to 90min. 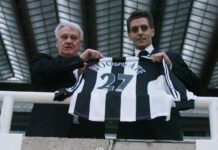 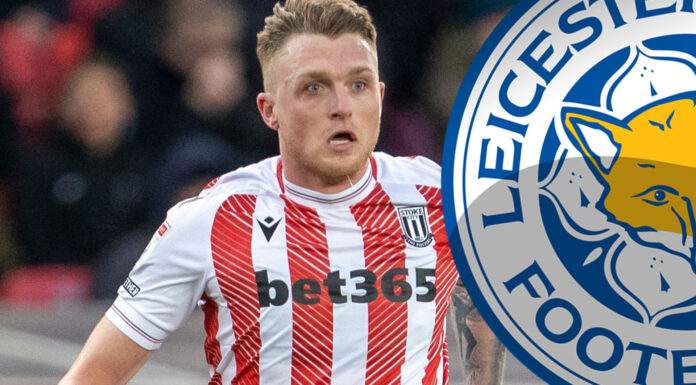