The start of the second week of the first grand slam of the year was a tough one for many top women seeds, as they were shown the way out of the tournament.

In the absence of world number one, Novak Djokovic, new title favourite, Daniil Medvedev, was pushed to the limit yesterday before he reached the last eight, but women’s world number two, Aryna Sabalenka, crashed out after an epic battle that finished late yesterday evening. Medvedev beat Maxime Cressy 6-2, 7-6 (7/4), 6-7 (4/7), 7-5 to set up a quarterfinal tit against Canada’s Felix Auger-Aliassime.

Tsitsipas was staring at defeat, trailing by two sets to one before he clawed back to beat 20th seed, Taylor Fritz, 4-6, 6-4, 4-6, 6-3, 6-4 in three hours 23 minutes of classic punch and counter-punch tennis on Rod Laver Arena.

Sabalenka lost a thriller that went to a final-set 10-point tie-break, as veteran Kaia Kanepi ended the Belarusian’s hopes of a maiden grand slam title. Sabalenka saved four match points before losing 5-7, 6-2, 7-6 (10/7), after a shocking 15 double faults in an error-strewn match. The unseeded Kanepi, 36, made it to the last eight in Melbourne for the first time, a stage she has reached at every other major over a Grand Slam career dating back to 2006. Her reward is a quarterfinal tomorrow against Iga Swiatek, who battled from a set down to beat Sorana Cirstea 5-7, 6-3, 6-3.

French veteran, Alize Cornet, made the quarterfinals of a grand slam for the first time in her long career and will now face Danielle Collins for a place in the women’s singles semi-final after upsetting former world number one, Simona Halep 6-4, 3-6, 6-4. Cornet knocked out world number three, Garbine Muguruza in round two.

Sinner, the 11th seed, proved too strong for De Minaur to end Australia’s last remaining hope in the men’s singles, with a 7-6 (7/3), 6-3, 6-4 win in two hours 35 minutes, joining Matteo Berrettini in tomorrow’s quarterfinals. 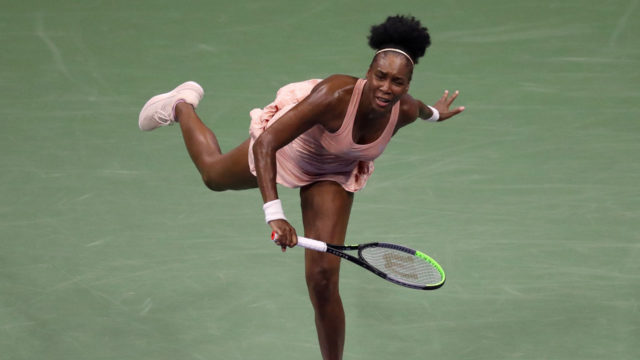