KIERAN TIERNEY has been labelled the “Ice King” after he wore only a short sleeve top and shorts for training this morning.

The Arsenal defender was soon the talk of Twitter after Football Daily shared footage from the Gunners’ HQ.

But it was Scottish left-back Tierney, 25, that got most people talking.

While his team-mates opted tracksuit bottoms, long-armed training tops and even some gloves, the ex-Celtic ace bravely opted for the more traditional summer wear.

One fan responded to the clip on Twitter: “Real life Ice King; we also have the Ice Queen at Arsenal Women’s … looks like they were thrown into an icy pool first thing after birth.” 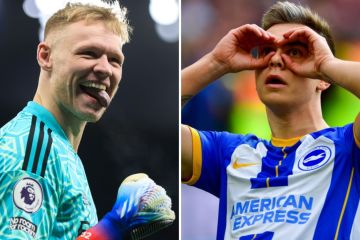 Along with crying laughing emojis, another response said: “When everyone seems to be freezing.”

However, not everyone was as nice, with one fan tweeting: “Only time he gets to wear shorts and a T-shirt. Most of the time he’s on the bench wearing what the others are now.”

It is not the first time that Tierney has been the talk of the Gooners for braving the elements.

He warmed up in just a short-sleeved top in January 2021 in the snow at West Brom – before hitting a stunning opener in a 4-0 win.

Tierney was then hailed a “Scottish psycho” for wearing shorts and t-shirt again for training during a blizzard.

And in June the year previous he was hailed for his humbleness by turning up for an FA Cup quarter-final away to Sheffield United with his gear in a Tesco carrier bag.

Tierney and Arsenal are currently riding high as they sit eight points clear at the top of the Premier League and are preparing to face Manchester United on Sunday.

He has made 23 appearances this term for the Gunners, scoring once, but those have mostly come from the bench with summer signing Oleksandr Zinchenko preferred at left-back. 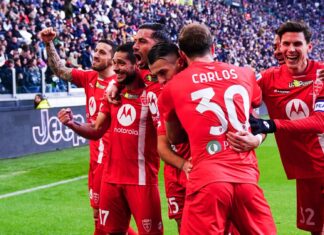