PHILADELPHIA, Pa. – Three Coppin State volleyball players notched double-doubles as the Eagles defeated Canisius, 3-1 (25-23, 22-25, 25-20, 27-25) at The Palestra on Friday afternoon at Penn’s Sheraton University City Volleyball Invitational.  The Eagles even their record at 2-2 overall while the Griffins fall to 0-4.

Miajavon Coleman (San Antonio, Texas) recorded her fourth double-double in as many games as she tallied 14 kills and 12 digs along with three blocks.  Libero Ashley Roman (Isabela, Puerto Rico) recorded her first career double-double, matching a season-high with 23 digs along with a career-high ten assists.  Setter Andrea Tsvetanova (Sofia, Bulgaria) was credited with 15 assists and 15 digs while splitting time with Kareemah Hopkins (San Diego, Calif.) (11 assists).

Coppin had a well-balanced offensive attack as Sydney Hicks (Ashburn, Va.) finished with ten kills, followed by Paola Caten (Tampa, Fla.) with seven and Ahzhi Coleman (San Antonio, Texas) with six.  Coleman did not record an error to hit .375 while she led the Eagles with five blocks as Caten also tallied 12 digs and a pair of blocks.

In the opening set, Coppin led early on but Canisius regrouped with a 4-0 run to take an 8-7 lead.  The teams traded leads until the Eagles went on a 7-2 run, to take a four-point advantage at 17-13.  Canisius once again came right back, this time with eight-straight points to go up 21-17. CSU pulled to within, 22-20, before a Canisius kill, but the Eagles closed the set out with five-straight points, including kills from Miajavon Coleman and Ahzhi Coleman to finish it off.

Once again, Coppin got out to an early lead in the second set, and used a 5-0 run to go on top, 12-8. A 5-1 Griffins run tied the frame at 13-13, and after a couple of lead changes, Canisius took control at 21-19.  The Eagles pulled to within a point following a service error, but the Griffins took four of the next six points to even the match.

The Eagles controlled the third set from start to finish, opening the frame on a 5-1 run. Canisius got to as close as 8-7 but Hopkins helped stop the rally with a kill, an assist on a kill by Ahzhi Coleman and a solo block. Coppin kept it up from there, not allowing the Griffins to pull within three points the remainder of the way.

Canisius led the fourth set early on and held a pair of four-point leads in the opening third.  Coppin proceeded to go on a 7-1 run featuring a pair of kills from Miajavon Coleman before she combined for a block with her younger sister Ahzhi Coleman to put CSU on top, 13-11. The Griffins were able to regain the lead and looked in control at 22-19, but a pair of bad sets along with a block by Jordan Celestine (Stockbridge, Ga.) and Miajavon Coleman tied the set at 22-22. Canisius scored the next two points to force a set-point, but the Eagles forced a pair of errors to force the period into extras at 24-24.

The Griffins had another set-point at 25-24, but Coppin sealed the match as a pair of kills from Miajavon Coleman sandwiched a bad set from the Griffins.  Roman came through with the assists on the match-clinching point to notch the double-double.

Coppin returns to The Palestra on Saturday, September 4 as it battles Bucknell at 4 pm, followed by Penn at 7 pm.  The matchup against the Quakers will air on ESPN+. 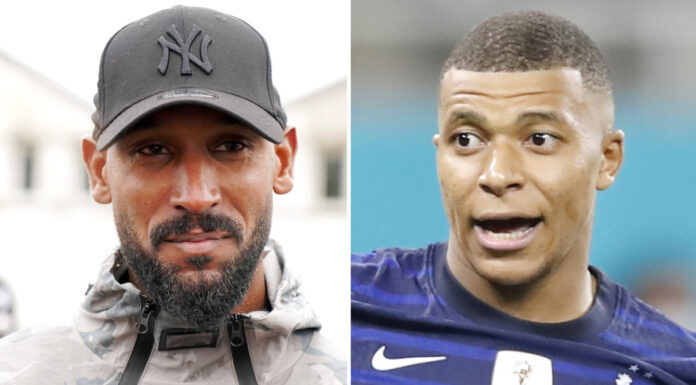 Nicolas Anelka tells Kylian Mbappe he can only win Ballon d’Or at seven clubs including Man Utd, Chelsea and Arsenal

Man Utd, Arsenal, Chelsea and Spurs are all vulnerable – Leicester and the rest could smash the status quo