Day 11 saw Group H in action, where one side crashed out of the World Cup and the other three are now left battling for the final two qualification spots.

Colombia and Poland headed into their fixture knowing whoever lost would be eliminated, and it was the South Americans who seized the initiative. Barcelona’s January recruit Yerry Mina headed home a cross from James Rodriguez, before Falcao and Juan Cuadrado scored to make sure of the three points.

Japan and Senegal played out an entertaining 2-2 draw earlier in the day that kept both sides in first and second respectively heading into the final round of games. A point for either side in their final group game will be enough to secure their place in the last 16.

Here, Sportsmail rounds up all the things you may have missed from day 11 in Russia. 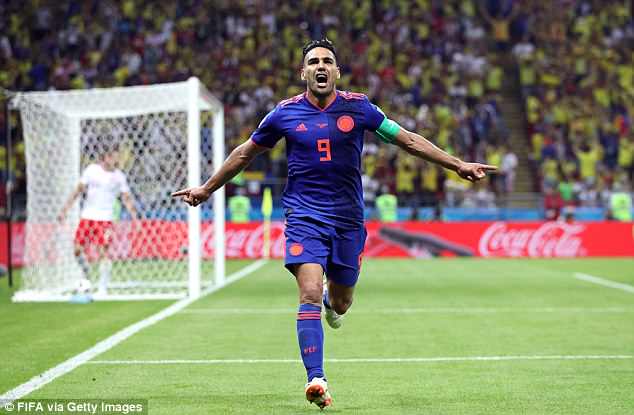 Colombian legends in the building

The man who denied Jamie Redknapp’s effort during a friendly in 1995 with an innovative scorpion kick was at the Kazan Arena to cheer on Colombia.

Rene Higuita was signing autographs and greeting fans in the crowd prior to kick-off to lift the spirits of the Colombians staved off threat of an early exit with a confident victory against Poland.

Joining him was another old favourite in Carlos Valderrama, who appeared to be wearing Colombia’s home kit from the 1998 World Cup. 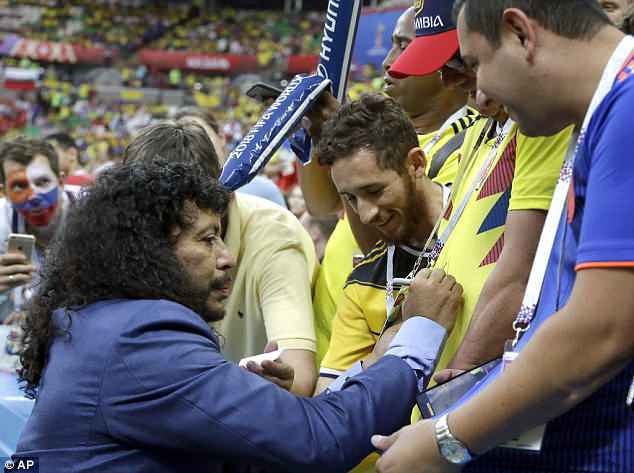 There seems to be a curious yet heart-warming trend emerging from the teams in Group H at the 2018 Russia World Cup – clean up after yourselves.

Footage of Japan and Colombia fans cleaning up the Mordovia Arena in Saransk went viral after their Group H opener and that trend continued once again.

Following Japan’s thrilling draw with Senegal, both sets of fans could be seen cleaning up their mess once again in Ekaterinburg. Some even stayed well beyond the final whistle to give the stadium stewards a helping hound. 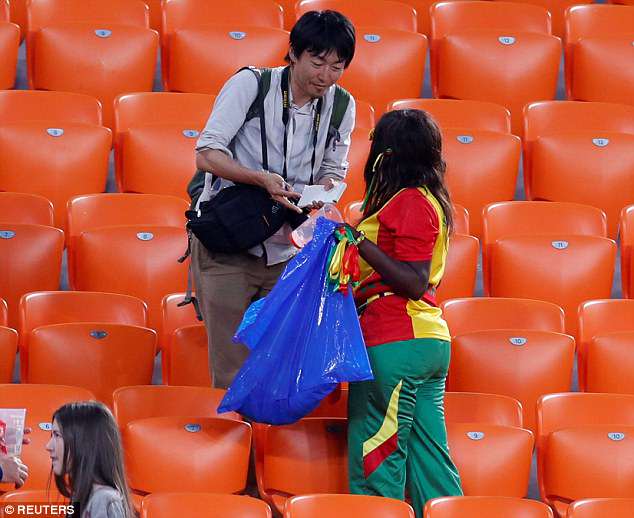 The clash between Japan and Senegal saw two records broken at two vastly different ends of the goalscoring spectrum.

Moussa Wague made history for Senegal by becoming their youngest-ever World Cup goalscorer at 19 years of age when he rifled home what appeared to be the winner.

Wague broke a record set just a few days earlier by M’Baye Niang, who temporarily held the country’s record as the youngest scorer at a World Cup after bagging a goal against Poland at 23 years and 182 days old.

Keisuke Honda struck just seven minutes later and in doing so the 32-year-old became Japan’s oldest scorer at a World Cup, breaking a record which had lasted 20 years.

Mashashi Nakayama, who was 30 years and 277 days old at the time, was Japan’s previous record holder courtesy of his strike against Jamaica at the 1998 World Cup in France. 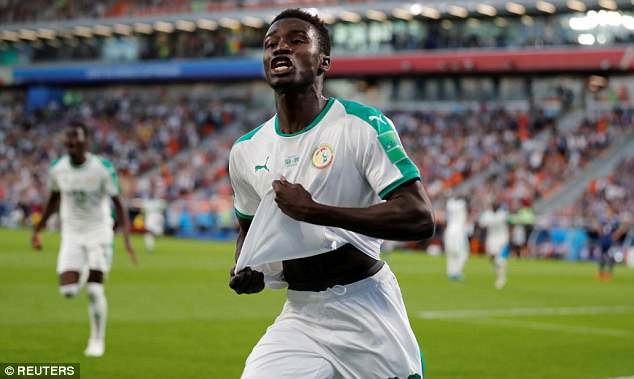 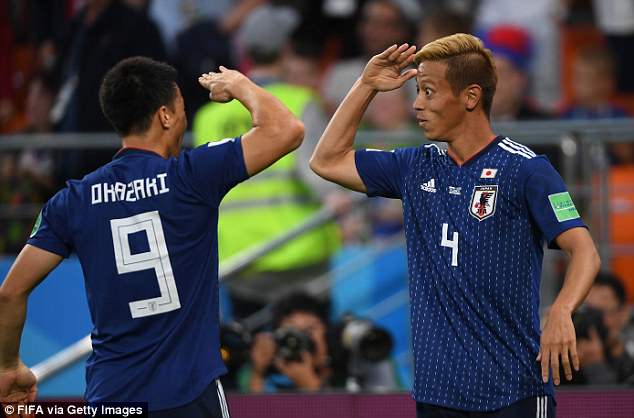 Honda also etched his name into the record books with that strike by becoming the highest scoring Asian player in World Cup history with four goals.

Two break-out goals at the 2010 World Cup was followed up with a strike in Brazil four years later to leave Honda joint-top with three others prior to the 2018 World Cup.

Ahn Jung-Hwan, who was famously sacked in 2002 by then-Serie A club Perugia after scoring the winning goal for South Korea to knock Italy out of the World Cup, was one of the previous record holders with three goals.

Japan’s progress to the last 16 still hangs in the balance, but Honda will have at least one more match to add to his tally when Japan take on Poland at the Volgograd Arena on Thursday. 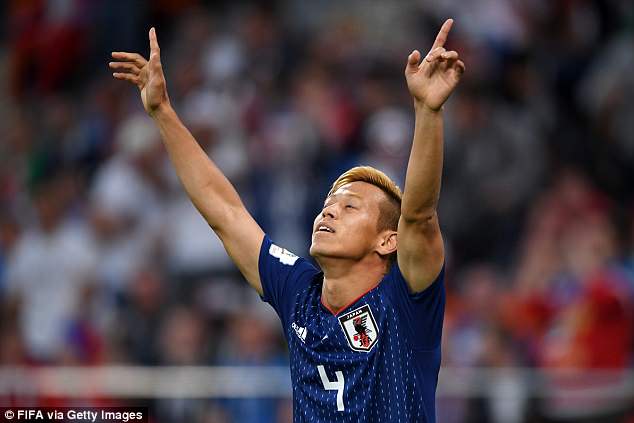 When Sadio Mane scores for Senegal, his side do not lose.

In the 14 international fixtures in which the Champions League finalist has scored, Senegal have not lost – they have won nine and drawn five of those clashes.

Although, Mane was somewhat lucky to register a goal against Japan, as Eiji Kawashima fortunately rebounded the ball onto his leg, before it rolled into the back of the net. 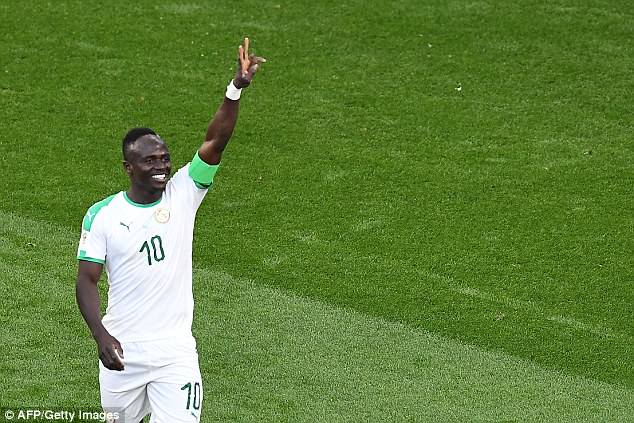 In the 14 international fixtures in which Sadio Mane has scored for Senegal, they have not lost

Sunday 24 June 2018 will be known as the day England recorded their biggest-ever World Cup victory after thrashing Panama 6-1. It will also go down as the day which saw the most World Cup goals scored on a single day since 1990.

Gareth Southgate’s side accounted for exactly half of those strikes, but the other two games also provided their fair share of entertainment.

Japan and Senegal scored four between them in an entertaining clash, before Jose Pekerman’s Colombia side put three past Poland to take the day’s tally to 14, the most since June 10 1990. 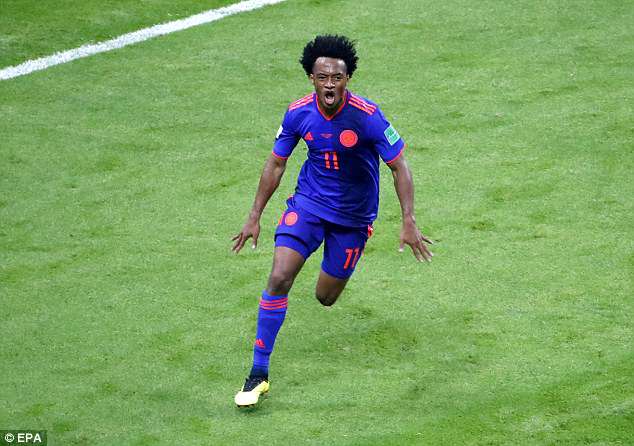 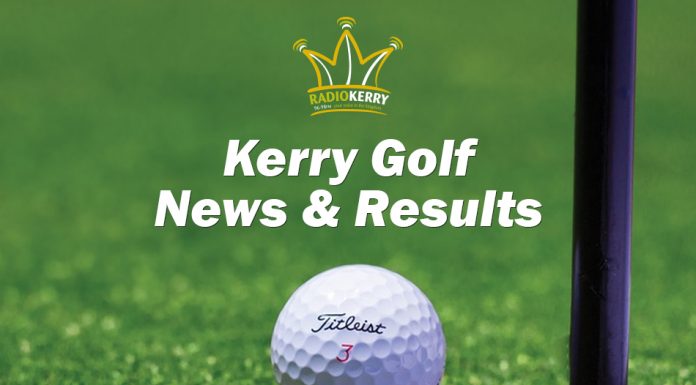