Dominic Thiem of Austria returns the ball during his Men’s Singles fourth round match against Felix Auger-Aliassime of Canada on Day Eight of the 2020 US Open at the USTA Billie Jean King National Tennis Center on September 7, 2020 in the Queens borough of New York City. Al Bello/Getty Images/AFP/ AL BELLO / GETTY IMAGES NORTH AMERICA / Getty Images via AFP

Austria’s Dominic Thiem, the second seeded player, powered his way to the last eight of the on-going U.S. Open Tennis Championship with a 7/6(4), 6/1, 6/1 victory over Canada’s Felix Auger-Aliassime. Australia’s Alex de Minaur defeated a battle-weary Vasek Pospisil of Canada 7/6, 6/3, 6/2 and Serena Williams advanced with a 6/3, 7/6, 6/3 victory over Maria Sakkari of Greece.

Thiem secured the first service break to lead 3-2 in the first set and held serve to lead 4-2. Serving for the set in the 10th game, Thiem committed a double fault and two backhand errors to give Auger-Aliassime a reprieve. Auger-Aliassime held his serve, while Thiem leveled to six-all and won the tiebreak by seven points to four.

Thereafter, the second seed conceded only a game in each of the next two sets. After his victory, he said: “I’ve started to find that mix of offence and defense. I’m not really missing much, putting many returns back in play. It was my best match so far. I’m going to try and keep that form for the next one.”

In the quarterfinals, he will face Australia’s Alex de Minaur, who he defeated in the first round in 2017.

Serena saved three break points in the fifth game of the first set and then broke Sakkari’s serve once to take the opening set. In the second set tiebreak, Sakkari took the first four points but after the changeover, Serena leveled to six-all before losing the next two points to concede the set.

In the deciding set, Sakkari won the first two games but Serena secured two service breaks to give her the set and victory. The Greek star served 13 aces, while the usually hard serving Serena made 12 and tallied just eight points more than 99 by her opponent.

After her victory, Serena said: “She (Sakkari) was doing so well, she was being aggressive and I knew I had to do the same thing. I was just fighting.”

It was the second time that Serena survived a three-set close match but the Sakkari encounter could have gone either way. The victory marked her 100th win in the Arthur Ashe Stadium, where she won her first Grand Slam title in 1999. It may well be the venue of her record-tying 24th major title after four unsuccessful attempts in the finals. 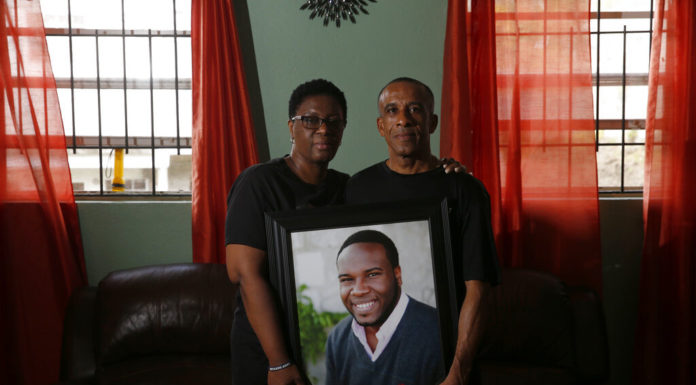