BRITS travelling to the World Cup in Qatar later this month face being stung with sky-high prices of up to £80 a pint.

Between 3,000 and 4,000 England fans are expected to travel to Qatar for the World Cup group stages, with more set to follow if Gareth Southgate’s side reaches the knockout stages.

An estimated 2,000 to 3,000 Welsh supporters will fly out to cheer on their side, who have qualified for their first World Cup since 1958.

This year’s tournament is the first to take place in winter – due to Qatar’s inhospitable desert climate – and the event has been wracked with controversy since it was announced in 2010.

Some 6,500 migrant workers have died in the construction of the World Cup infrastructure – working out at 101 for every match played in the tournament.

On Tuesday, disgraced former FIFA chairman Sepp Blatter – who originally awarded Qatar the World Cup – admitted the decision had been a mistake. 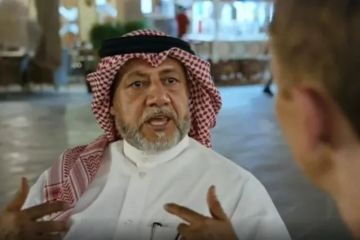 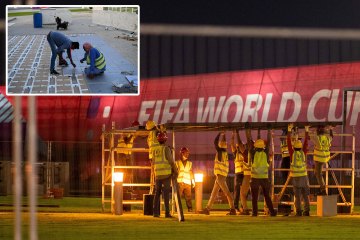 Unlike relatively-relaxed Dubai some 200 miles away, Qatar has tougher restrictions on who can buy alcohol and where.

Beer, wine, and spirits are largely restricted to purchase at restaurants linked to high-end hotels.

Foreign residents who earn more than 3,000 Qatari riyals per month can apply for a licence to buy alcohol from shops, an option that isn’t open to visitors.

Public drunkenness is technically illegal and those found guilty face up to six months jail time and a fine of 3,000 riyals.

However, in reality, Qatari officials often turn a blind eye to expats getting drunk, as long as they stay within the restaurants and hotels.

The Middle-Eastern country’s strict laws on alcohol, coupled with its expensive prices, mean it’s not the easiest place to plan a pub crawl.

Qatari organisers initially said they wanted the World Cup to be alcohol-free, but quickly backed down.

Instead, some fanzones will sell “international beverages”, and supporters will be able to buy beer inside the stadium perimeter in special “beer areas” up to three hours before each game.

However, they won’t be able to take drinks into the stands and spaces will be created to “sober up” inebriated supporters.

Qatar’s World Cup chief executive, Nasser Al Khater said: “There are plans in place for people to sober up if they’ve been drinking excessively.

“It’s a place to make sure that they keep themselves safe, they’re not harmful to anybody else.”

Fans also can’t bring any booze into the country, and authorities will confiscate any alcohol in travellers’ luggage.

The drug also has a zero-tolerance approach to drugs, and any fans caught smuggling cocaine into the country could face the death penalty.

Meanwhile, drinks giant Anheuser-Busch InBev Worldwide – which owns many of the world’s most popular beer brands including Becks, Budweiser, Corona, and Stella Artois – is training up to 6,000 workers in Qatar to be able to pour a pint properly.

The company says it expects a typical yearly amount of beer in Qatar will be consumed in the majority Muslim country during the four-week tournament, which kicks off on November 20.

With no breweries in the region, beer was shipped to the country by ocean freight and stored in refrigerated warehouses to protect it from the blistering heat, as temperatures can still reach 30 degrees in November.

Trucks will be loaded overnight indoors and then sent to restaurants and fan areas.

“We manage our supply chain very closely for the amount of time that it takes for products to get from point A to point B, and then also the conditions under which they’re shipped to preserve the taste of the beer.”

Bars and restaurants have been asked to order all their alcohol for the tournament months in advance.

Kraemer said that the company also has a back-up plan if fans drink more than expected – with packages of bottles and cans ready to be filled at a UK brewery and shipped to Qatar at short notice.

However, the experience is unlikely to be like any previous World Cup.

Some of those who travel face stays in desert camps for hundreds of pounds, and may even have to base themselves in a neighbouring country due to the shortage of affordable accommodation in Qatar.

Sports bars have been accused of exploiting visitors by charging fans up to £240 each to watch the World Cup semi-finals and finals.

The stunning price includes a three-drink voucher for bottles of Budweiser or Corona or a glass of house wine.

But with the tiny nation preparing for the booziest event in its history, The Sun Online has put together the cheapest pub crawl possible in Qatar.

Advertising itself as “Doha’s Retro American Diner & Sports Bar,” Public House is based in the Marsa Malaz Kempinski Hotel on The Pearl, an artificial island in the Persian Gulf.

A “modern gastropub”, Mulberry Tavern is also based on Pearl Island in the Hilton Doha.

However, it does offer happy hours when draft Carlsberg, Stella and Heineken are a slightly more reasonable 39 QR (£9.26).

Doha has a surprising number of Irish-themed pubs, including The Irish Harp, based in the Sheraton Grand Doha Resort & Convention Hotel.

The pub offers a daily happy hour from 5-8pm, during which time Budweiser, Carlsberg, Guinness, Heineken, Hoegaarden, Leffe Blonde, and Stella all go for 38 QR (£9.02).

Making the bold claim to be “the best sports bar in town,” the Champions Sports Bar is rare for Qatar in being a bar not based inside a western hotel.

Although during World Cup games, the £240 cost will put many off, the bar is slightly more reasonable outside of these hours.

The Hangout Pub is located in Doha’s Grand Regal Hotel, on the main road heading to Hamad International Airport.

It also promises happy hours between 3 and 8pm, during which time pints of Heineken and Budweiser are 34 QR (£8.07).

Another “Irish-themed” pub, the Shamrock Tavern is based in Magnum Hotel in the West Bay area of Doha.

During happy hour – Saturday to Thursday 12-8pm – beers are 30 percent off.

Slightly off the beaten track in the outskirts of Doha, StrEAT Culture is based in the city’s DoubleTree by Hilton Hotel.

It also offers a “Ladies Night” on Wednesday and Saturday between 8 and 11pm, during which time women can get unlimited refills on certain drinks for 69 QR (£16.56).

Also, unusually, the bar offers a “Gents Night” on Tuesday between 5pm and 1am, when men can buy one beer and get a second free.

Another hotel-based bar, the Hudson Tavern is based in the Mondrian in Doha on The Pearl development.

A third Irish-themed offering, The Irish Pub is based on the 14th floor of the Best Western Plus hotel in Doha. 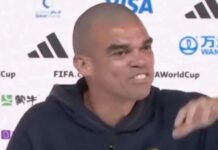 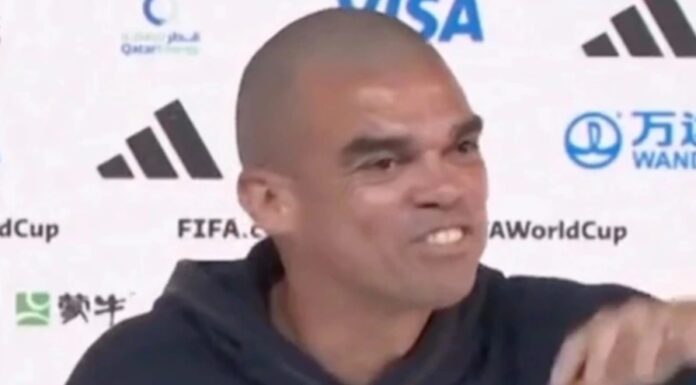