World Cup and heatwave fuel a shopping bonanza as food and drink sales see their strongest growth since May 2001, new figures today reveal

Food shops saw their sales grow by 2.2 per cent in the three months to June – their largest amount since May 2001, the Office for National Statistics (ONS) said.

And more generally, retail sales grew by 2.1 per cent – their best for over three years, the figures show.

Supermarkets cashed in on the hot weather, which saw shoppers stream through their doors to pick up food and drink for the barbecue season.

And the World Cup – which saw England massively outperform expectations to get through to the semi finals – also fuelled the shopping spree.

But while this summer of sun and sport sent the tills ringing at food and drink shops, other high street stores saw a slight slump last month. 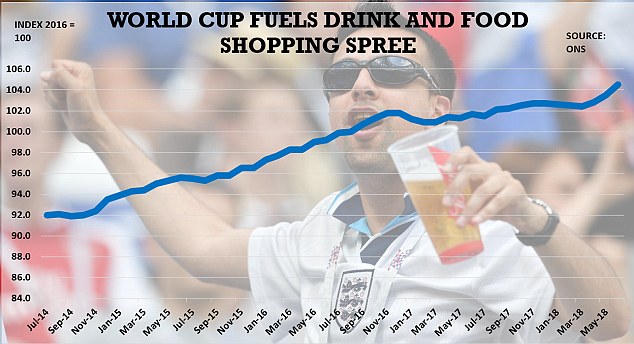 Food shops saw their sales grow by 2.2 per cent in the three months to June – their largest amount since May 2001, the Office for National Statistics (ONS) said

Experts said this is because shoppers stayed away from the high street so they could make the most of the football on the TV.

ONS senior statistician, Rhian Murphy said: ‘Retail sales grew strongly across the three months to June as the warm weather encouraged shoppers to buy food and drink for their BBQs.

‘However, in June retail sales actually fell back slightly with continued growth in food sales offset by declining spending in many other shops as consumers stayed away from stores and instead enjoyed the World Cup and the heatwave.’

The ONS said that non-food shops saw their sales dip by 0.5 per cent in June compared to the previous month.

Britons are continuing to splash out much of their money on food and drink, the figures show. 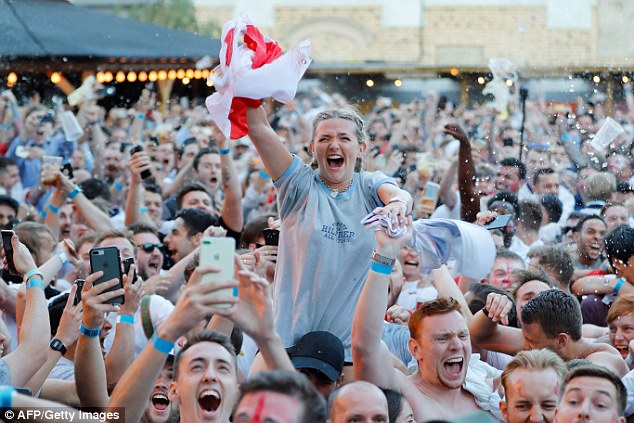 England fans celebrate while watching football on a big screen in a London park, after Harry Kane scores against Colombia. experts say the World  Cup prompted Brits to go on a food and drink spending free

Specialist food shops  shops saw their sale shoot  up massively over the past year – up by 27.6 per cent, according to the ONS.

But supermarkets continue to dominate the sector – with 36.2 pence in every British pound spent in supermarkets.

England was gripped by football fever this summer as  Gareth Southgate’s squad defied their critics to go far further in the World Cup in Russia than a anyone predicted.

It coincided with a stint of soaring temperatures across the UK which sent sports fans into pub gardens and parks to watch the team and soak up the sun.

Captain Harry Kane and his team  got through to the semi finals – the team’s best run since 1990.

Their  run eventually came to an end when the team was knocked out by Croatia, but they won the herats of the country.

Theresa May said she wants to throw the team  a party to say well done for their success in the tournament. 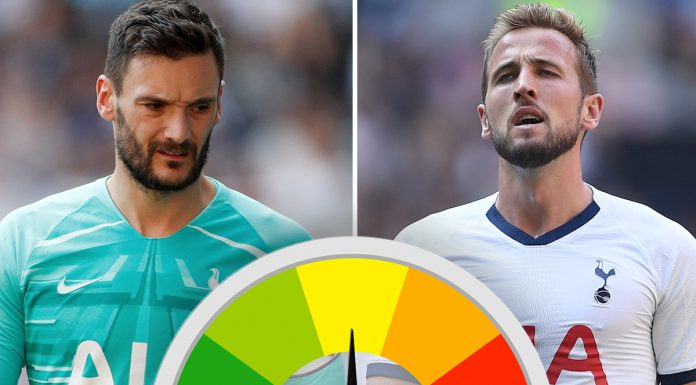 Spurs ratings: Hugo Lloris is best of bad bunch while Harry Kane was shadow of his usual self in Newcastle defeat

Pussy Riot members back in court after being rearrested seconds after being freed from...