By Ralph E. Moore Jr.,
Special to the AFRO,
rmoore@afro.com

Sports history buffs will recall, as we bask in this era of Serena Williams magic, that once upon a time a star broke the color line in tennis just as Jackie Robinson broke it for Ken Griffey Jr. in baseball and Lee Elder broke it for Tiger Woods in professional golf.

Her name was Althea Gibson.

And even though Griffey, Woods –and now Williams– are recognized as the best in their sport, it is Williams who occupies the sports world’s center stage right now.

Ultimately, she lost the 2022 U.S. Open, but while doing so she served her place into the hearts of fans all over the world.

For about 30 years, Williams practiced hard, played tennis hard, listened to her father and mother. She stayed close to her pioneering big sister, Venus, and her other sister siblings.

Williams is a joy to watch as she strategizes with each serve and return, and her power grunts sound effects are music to the ears.

But before Selena came along, winning her Grand Slam in tennis there was Gibson. Gibson would have been 95 years old last month, but she died in 2003 reportedly of respiratory illness and the inability to pay medical bills.

Gibson paved the way for Black women in tennis and golf at a time when the mega bucks for sports figures weren’t flowing in from sponsors.

Gibson was born on Aug. 25, 1927, in a small town called Silver in Clarendon County, South Carolina.  Her parents were cotton sharecroppers, Daniel and Annie Bell Gibson. Gibson’s family moved to Harlem, N.Y. in 1930, as did many Blacks from the South during the Great Migration of the Great Depression.

She grew up near a Police Athletic Center where she became fond of organized sports.

In 1939, at the age of 12, Gibson became the Women’s Paddle Tennis champion for New York City. She dropped out of school at age 13 and considered a career in boxing. She had not yet discovered the joys of tennis at that time.  In fact, it was Gibson’s neighbors that took up a collection and gifted her the junior membership fee and enough for lessons at the Cosmopolitan Tennis Club in Harlem.

Gibson was on her way.

In 1941 at the tender age of 14, she won her first tournament, the American Tennis Association New York State Championship. She won national championships in 1944 and 1945 in the girl’s division of the ATA. After first losing the tournament’s final for women in 1946, she won her first ATA women’s title in 1947.

She was mentored and sponsored in tennis by a medical doctor, Walter Johnson, who coincidentally mentored a guy named Arthur Ashe. Another physician, Hubert A. Eaton also helped. Johnson and Eaton used their influence to open a few doors for Gibson.But despite climbing to elite level player status, Gibson was barred from the United States National Championships which is now known as the U.S. Open.

In 1951, after serious lobbying and publicity she was invited to the Nationals.  A journalist for The Daily Worker, Lester Rodney, said at the time, “No Negro player, man or woman, has ever set foot on one of these courts. In many ways, it is even a tougher personal Jim Crow-busting assignment than was Jackie Robinson’s when he first stepped out of the Brooklyn Dodgers dugout.”

In 1956, after becoming one of the first Blacks to compete at Wimbledon five years earlier, Gibson broke down yet another barrier when she became the first Black athlete to win a Grand Slam tournament in the French Championships. She just kept breaking down racial barriers entering competitions and she kept winning. She was the first African American woman featured on the covers of Sports Illustrated (9/2/57) and Time (8/26/57) magazines.

She quit playing amateur tennis in 1958 because there was no prize money in those days for winning tournaments –only expense accounts. As the queen of tennis with all her victories, she remarked, “I reign over an empty bank account.”

She was repeatedly denied professional (paying) opportunities so she tried the entertainment field as a singer and an actress, largely to disappointing results.  So, Gibson turned to professional golf.

She was the first Black woman to join the Ladies Professional Golf Association (LPGA). Her career as a golf professional was middling at best, ranking 27th in the world at its height.

She served in various sports related jobs including running a national tennis program for inner-city kids for Pepsi Cola, and tennis clinics and outreach programs.

Gibson married twice and had no children.

She suffered a heart attack in 2003 and died on September 28 of the same year. She is buried in the Rosedale Cemetery in New Jersey.

Serena and Venus were both incredibly aware and admiring of Gibson.

Williams corresponded with Gibson via fax machine in 1999 to ask her a series of questions. Then she won her first U.S. Open.

Certainly, times have changed much from Gibson’s groundbreaking days when compared to Williams’ time on the court.  But neither woman has an easy sports career: doubters, cheaters, discrimination by gender and race were all hurdles that had to be jumped then and even now.

Williams always had Gibson to look back on for information and inspiration.  And at 18 years old, Coco Gauff is the new kid on the court, basking in the greatness of Serena. As Gauff advances in the U.S. Open Tournament these days, she too should thank Althea Gibson. 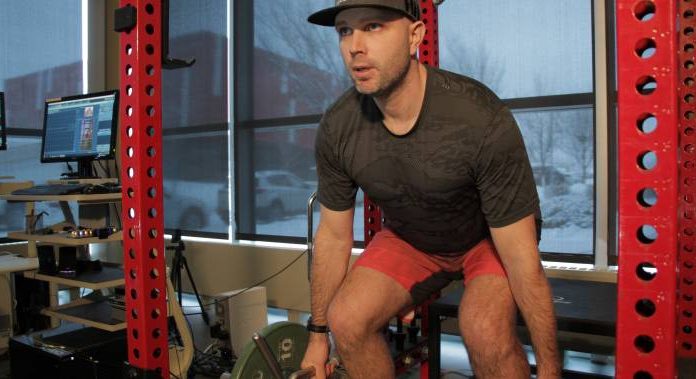