The Danish champions and the LaLiga giants played out a relatively dull goalless draw at the Parken Stadium.

However, the visiting fans received a special treat in the stands as staff brought them free pints to thank them for making the trip to Denmark.

Fans certainly appreciated the generous gesture as Carlsberg sells for £6 per pint in the Parken Stadium.

A viral video showed the beautiful moment when stewards offered the Sevilla faithful their beverages and the supporters responded by singing in gratitude.

Fans took to social media to praise Copenhagen for this gesture that shows football can still bring people together. 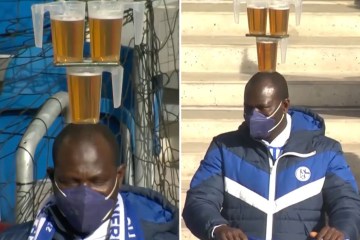 One fan – possibly a Manchester City supporter – tweeted: “Can’t wait for my free pint in October.”

Another posted: “Should do this across the grounds in England.”

This fan said: “Wonderful city and such welcoming people.”

And that one tweeted: “This rocks. Let’s all appreciate the beautiful game together.”

Copenhagen and Sevilla are currently third and fourth respectively in Group G with one point each.

City top the group with six points and are followed by Borussia Dortmund, who beat the Danish outfit in their Champions League opener last week. 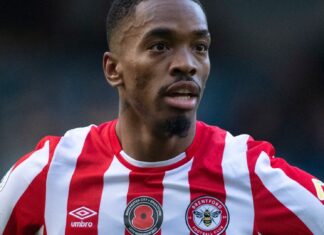