If there is one thing to learn from Virginia teen Alana Andrews, it’s that entrepreneurship has no age requirement. In April, the 17-year-old started an online business for her healthy sports drink, SWEY.

SWEY is an acronym for the drink’s target market: Generation Z, whose birth years start in the mid to late 1990s and end in the early 2010s. It stands for strong, wise, energetic youth, and it is the first national sports drink made by Gen Z for Gen Z. The drink, which is made with natural ingredients, is low calorie and low sugar and provides vitamins to fuel young athletes. The initial launch released three flavors: Major Kiwi, Tropicalada and Citrus Sizzle, their most popular flavor.

According to Andrews, SWEY emerged out of a health need she found in herself when she was just eight years old. She had been diagnosed with prediabetes and, as a result, made it her mission to turn her health around so that she would not become diabetic.

This led Andrews to start working out regularly, playing tennis and to join Girls on the Run, a national nonprofit organization that helps young girls build confidence by fostering strong emotional and physical health. However, Andrews ran into a problem when trying to find a sports drink that would reinforce the work she had put into her physical fitness.

“After putting so much effort into these workouts and everything, I would go to the store, and I would see these really bright, awesome bottles and really creative labels, but they were covering the loads of sugar and the mounds of artificial ingredients in these beverages,” Andrews said. “I knew that drinking them would only reverse my progress of not getting diabetes.”

Her recognition of this problem caused Andrews to work with the Young Entrepreneurs Academy in Loudoun county, Virginia, when she was in eighth grade. The program helps middle and high school students learn how to create business ideas, conduct market research, formulate business models and launch their own businesses.

grassroots, and it was just preparing my vision and mapping out why I wanted to create SWEY,” Andrews said. “YEA kind of took the problem that I saw [with] keeping healthy and everything, and it helped me turn [Swey] into reality.”

After a few years of taste tests, perfecting the brand, finding investors and mentorship from various businesspersons, Andrews was finally ready to make her sports drink available to the public during her junior year at Potomac Falls High School. In its first month, SWEY sold half of its inventory. It has also become the official sports drink of the Pete Brown Junior Tennis Program in Los Angeles.

As for balancing high school with being an entrepreneur, Andrews said she is still trying to navigate this challenge, but having an agenda, knowing her priorities and mastering time management skills have helped her along the way.

“I think really my favorite part has been making something that can help a lot of people and a lot of athletes who struggle with diabetes,” Andrews said. “Because SWEY is designed with the diabetic athlete in mind, they have really appreciated this product and that just warms my heart to hear that.”

Andrews hopes to attend the Wharton business school at the University of Pennsylvania where she plans to concentrate in entrepreneurship. She thinks her next business venture will be in technology. 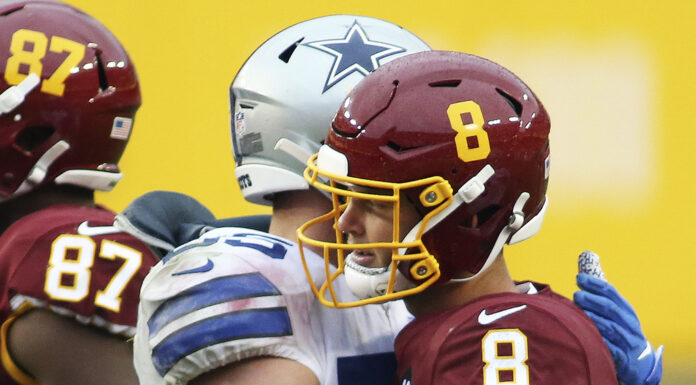 ‘Lift Every Voice and Sing’ Hymn Ignites Hope Across Nation