• Zverev Participation At Wimbledon In Doubt Over Injury
Iga Swiatek stretched her incredible winning run to 35 matches by beating Coco Gauff in straight sets to regain the French Open title.

The ruthless world number one outclassed Gauff on Court Philippe-Chatrier, beating the 18-year-old American 6-1 6-3 in only 68 minutes.

The top seed was broken for the only time at the start of the second set, but otherwise hardly put a foot wrong and won six games in a row to get her hands on the Coupe Suzanne Lenglen again after winning a sixth consecutive tournament.

Gauff, the 18th seed, could still win a maiden major title when she teams up with Jessica Pegula in the women’s doubles final today.

A nervy Gauff was broken in the first game when she drilled a forehand long, with an aggressive Swiatek consolidating that break courtesy of a rasping forehand winner after a great serve.

The teenager was struggling with her forehand and made a string of errors as the composed Swiatek secured a double break for a 3-0 lead.

There was a big cheer for Gauff when she held to get on the board at 4-1, but Swiatek continued to dictate with her excellent serve, power, precision and athleticism, raising her fist after a majestic forehand winner put her a game away from winning the first set.

Swiatek had the set wrapped up in only 32 minutes when Gauff put a backhand wide after another glorious backhand winner from the top seed.

Meanwhile Alexander Zverev is awaiting news on the true severity of his “very serious” ankle injury; with the world number three’s Wimbledon participation in doubt.

The 25-year-old withdrew from Friday’s French Open semi-final against Rafael Nadal after rolling his ankle towards the end of the second set, which went to a tie-break.

Zverev, who lost a gruelling first set 7-6 (10-8), was helped from the clay in a wheelchair before returning on crutches to retire, ending his hopes of a second grand slam final.

And the German is now in a race against time to be ready for the next major of the year, with Wimbledon set to begin in a little over three weeks’ time.

Providing an update on his injury on social media on Friday, Zverev said: “It was a very difficult moment for me today on the court.

“It was obviously a fantastic match until what happened, happened. It looks like I have a very serious injury. But the medical team and the doctors are still checking on it.”

Zverev made an ideal start to his semi-final against Nadal by breaking his opponent’s service in the first game, but the Spaniard hit back in the eighth game of the opening set. 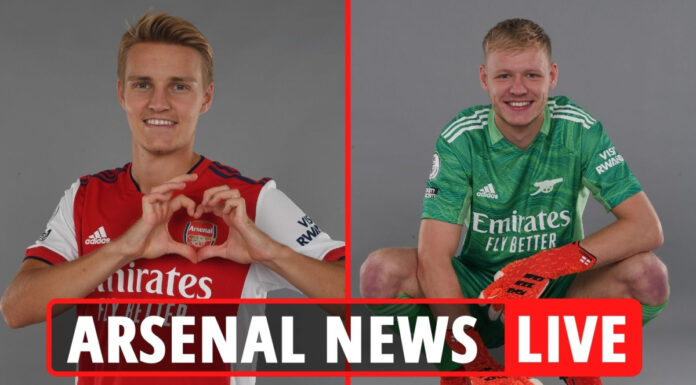