After all the warm and fuzziness that accompanied two triumphant home victories to open the season, the D.C. Defenders first road trip had to be considered a resounding failure.   The Defenders were manhandled by the Los Angeles Wildcats 39-9.

This debacle was defined by the dominance of the previously winless Wildcats and the ineptitude of D.C., whose first road trip to the west coast was a nightmare.  Perhaps they didn’t get the 3 p.m. Pacific Standard Time wake up call because they looked to be playing in a haze from the opening kickoff.

The Defenders offense was in a giving mood as quarterback Cardele Jones got a reality check from a Los Angeles defense that found its stride and imposed it’s will on the District’s new professional football team, who performed as bad as the NFL team has been for the last two decades.

Jones, who had been hearing “MVP” chants from the adoring home fans, played so poorly he could’ve been misidentified as a cheerleader for the Wildcats.  He finished 13-of-26 passing for only 103 yards. The Los Angeles defense also intercepted him four times and by the end of the game he had been replaced by backup Tyree Jackson, which prompted the sports talk radio arguments of whether there was a quarterback controversy again.

However, the day belonged to a former Washington NFL quarterback who played his best game of the young season.  Josh Johnson – who finished the 2018 NFL season as the Burgundy and Gold’s signal caller – ended the day with 278 passing yards and three scores. Johnson and his primary target Tre McBride were in sync from the start. Hollywood’s new dynamic duo combined on five passing for 109 yards and two touchdowns, despite Johnson having one less game under center to start the season while recovering from an injury.  They made the ultimate statement on the game’s opening drive connecting for a 40-yard touchdown pass.

The difference at the most important position on the field was the biggest gap between these teams.  Jones had become the temporary face of the XFL after leading Ohio State to a college football national championship.  However, Johnson is barely a year removed from winning a game in the NFL’s team representing the nation’s capital. There was no doubt who was the more polished offensive leader and shined in the falling sunlight of a southern California evening.

Jones was not the only problem for Washington.  The Defenders secondary had been fortunate through it’s first two games, but was exposed in Los Angeles.  Receivers had been getting open against their safeties and cornerback against Seattle and New York, but weren’t able to connect for big plays due to overthrown or dropped passes.   That was not the case last Sunday where every time a receiver was open, Johnson made the proper read and they connected.

If there is any consolation, the Defenders face the winless Tampa Bay Vipers this Sunday in their second road game of the season. However, the loss in L.A. combined with a win by St. Louis dropped D.C. to second place in the XFL’s east division based on current tiebreakers. 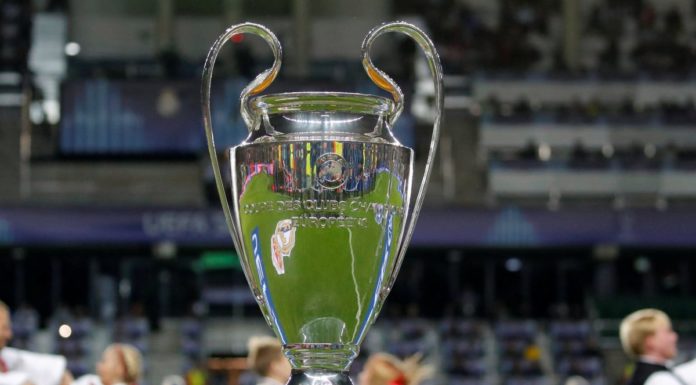 Muller reveals Barcelona walked out to warm up 10 mins after Bayern and appeared...