It’s the dawn of a new beginning as Bowie State opened the post Amir Hall era with a hard earned road victory in a non conference game. Meanwhile, Howard and Morgan took lopsided beatdowns for guaranteed pay on the road against Football Bowl Subdivision (FBS) opponents.

BSU Pulls Away In Fourth Quarter vs. American International

Any successful program has to respond, following the end of a historic era.  Bowie State found themselves without HBCU legend, Amir Hall, for the first time in three years in a tight fourth quarter game and pulled away from American International College 34-20.

“I think the guys at halftime [stopped] panicking and came out in the second half and played a better brand of football,” said BSU Head Coach Damon Wilson. “Defensively, we played lights out the entire game, holding them to 144 yards of total offense.”

It was a struggle for both teams offensively all afternoon. The Bulldogs relied on their defense and played two quarterbacks. Redshirt junior Gaston Cooper opened the game completing five of 16 passes for 38 yards and was twice intercepted.

Ja’rome Johnson sparked the Bulldogs when he replaced Cooper in the second quarter at quarterback and finished the game with 230 yards of total offense (58 passing and 172 rushing) and scored two touchdowns. Senior wide receiver, Deron Smith, caught three passes for a team high of 41 yards while senior DuShon David added three catches for 13 yards.

Howard’s defense continued hemorrhaging plays of 40 yards or longer in their 54-28 loss at Youngstown State (YSU).  While the game was at least cosmetically in doubt, the Bison fate was sealed when the Penguins erupted for two 75-yard touchdowns and a 78-yard kickoff return in the second half.

Junior quarterback Caylin Newton produced 312 yards of total offense and was finally able to get the passing game off the ground.  Newton passed for 266 yards and two touchdowns with an interception. He also rushed for another 48 yards.

The FBS opposition to open the season has been overwhelming for the Howard defense over the first two weeks. The Bison have been outscored 133-28 after games versus Maryland and YSU.  The only non-HBCU remaining on this year’s schedule is Harvard.

Next vs. Hampton (Chicago Classic) Sept. 14

Tyrone Wheatley began his first season as Morgan State’s head coach against his college teammate Scot Loeffler, who made his first appearance as Bowling Green’s head coach. Things went much better for Loeffler as the Falcons rolled the Bears 46-3.

Morgan’s woes at quarterback couldn’t be hidden as Morgan State sophomore D.J. Gollatt never seemed to get into a rhythm as he completed just three of nine passes for 24 yards and was sacked three times.

Senior running back, Josh Chase, was held to 20 yards on nine carries, while freshman, Lavelton Williams, found a few more holes late in the game and ran for 41 yards. Morgan State was held to just 70 total yards.

Next at James Madison on Sept. 14 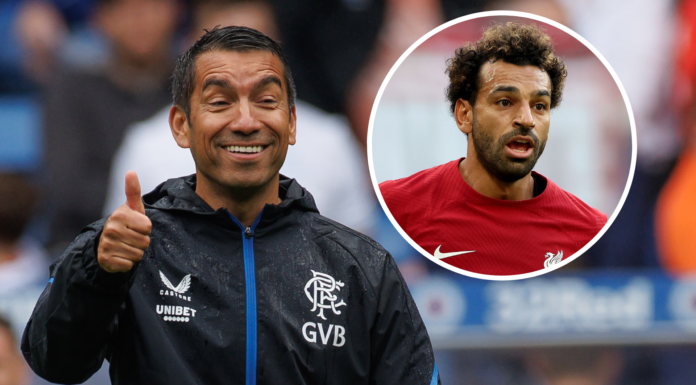 ‘He has a great name, doesn’t he?’ – Rangers will have to get past MO SALAH to secure their Champions League dream

Casemiro fires Brazil to controversial 2-1 victory over Colombia and seals place in Copa...

Humiliating moment French football fan gets rejected when he proposes to his girlfriend in...