SPAIN kick off their World Cup campaign on Wednesday against Costa Rica – who proved they can cause an upset by topping England’s group in 2014.

Luis Enrique’s side will be wary of the Costa Ricans, who qualified for the tournament via the play-offs.

Costa Rica failed to make it to the knockouts in 2018, but four years before that in Brazil they somehow topped a group that included England, Italy and Uruguay.

Saudi Arabia’s stunning 2-1 win over Argentina will make the Spaniards even more wary that no wins are guaranteed at the World Cup.

With heavyweights Germany also in their group, Spain will know nothing but three points will do as they get their campaign underway at Al Thumama Stadium.

Spain: Finished top of their qualifying group ahead of Sweden.

Won six out of their eight games, but were in danger of having to go through a play-off if they lost their final game against the Swedes.

In the end an 86th minute Alvaro Morata winner sealed top spot and an automatic ticket to Qatar.

Costa Rica: Held their nerve to seal a spot at the World Cup with a nervy 1-0 play-off win over New Zealand.

Finished fourth behind USA in the third round of CONCACAF qualifying which failed to see them through automatically.

Spain: The Spaniards go into the tournament on a good run of form, having won four out of their last five games.

That included a 1-0 win against rivals Portugal back in November, Morata again popping up with a late winner.

But they were also beaten by Switzerland in September, so Costa Rica will know there are weaknesses to Spain.

Costa Rica: Also on an excellent run of form, and have not been beaten in 12 games this calendar year.

Eased past Nigeria 2-0 in a friendly earlier this month, and also have wins against USA and Canada to their name in recent months.

Spain: Luis Enrique was not afraid to leave star names out of his travelling party to Qatar.

Won 62 caps for Spain as a player, and featured at three World Cups.

The 62-year-old from Colombia has previous World Cup experience, having been in charge of Ecuador in 2006 when his side were knocked out on the Round of 16 by England.

Spain: PEDRI has already been capped 14 times by Spain, despite still being just 19-years-old.

The teenager is tipped for stardom at Barcelona, where he is already a mainstay in Xavi’s team.

And Barca rate him so highly they stuck a ONE BILLION EURO release clause into the new contract he signed last year.

Costa Rica: JOEL CAMPBELL secured Costa Rica’s place at the tournament with the winning goal in their play-off victory against New Zealand.

The 30-year-old former Arsenal forward is now playing his club football in Mexico with Leon.

Hasn’t found his scoring boots yet this season with just one in 18 games, but will be hoping that can change in Qatar.

Spain vs Costa Rice will be shown live on ITV 1 in the UK.

It will also be streamed live on ITVX.

Spain will quite simply have too much for Costa Rica, who are ranked No31 in the world, in this one.

They will dominate the ball throughout, and while it may take them a while to gel, that possession will likely turn into goals. 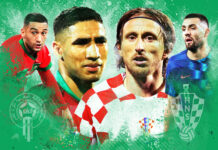 Morocco vs Croatia – World Cup Group F: How they got there, current form and prediction as 2018 runners-up kick off 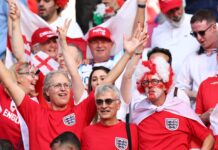 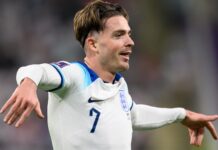 Spain vs Costa Rica – World Cup Group E: How they... 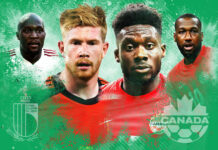 Belgium vs Canada – World Cup Group F: How they got... 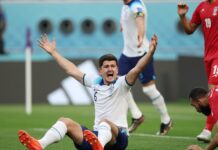 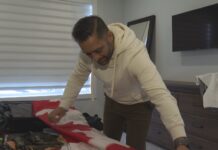 Spain vs Costa Rica – World Cup Group E: How they...

sportslatestnews - November 23, 2022
0
SPAIN kick off their World Cup campaign on Wednesday against Costa Rica - who proved they can cause an upset by topping England's...

Belgium vs Canada – World Cup Group F: How they got...