WESLEY SNEIJDER partied until 6am with George Clooney and Megan Fox before scoring in a Champions League match the very next day.

In an interview with Dutch newspaper De Telegraaf, the ex-Inter Milan midfielder spoke candidly about partying too much during his playing days.

The 36-year-old recalled one night out with his ex-wife Yolanthe Cabau and Hollywood A-listers Clooney and Fox – before a European night at the San Siro which the Dutchman played and scored in.

Sneijder said: “I am proud of my performances, [and] the prizes.

“In addition, I have lived. I feel like I am 76 years old. I could live like a footballer.

“Yolanthe and I had a terrible slump once after an Armani show with George Clooney, Megan Fox and some Bollywood stars.

“We got home at six in the morning and a day later I played amazing in the Champions League against Werder Bremen.

“If you succeed you are not afraid to repeat it.”

The match Sneijder refers to was a 4-0 win for Inter Milan over Werder Bremen on September 29, 2010.

The former Netherlands international played all 90 minutes for the then-European champions and helped himself to a goal and an assist.

Sneijder was speaking to De Telegraaf to promote his biography, and revealed it was difficult reliving certain moments when talking through his experiences with author Kees Jansma.

The 2010 World Cup finalist admits his struggles with alcoholism in the book and how “a bottle of vodka became his best friend” during his time at Real Madrid.

Sneijder spent two seasons at the Bernabeu before his four-year spell at Inter which included a treble-winning campaign in 2009-10.

He went on to play for Galatasaray, Nice and Qatari side Al-Gharafa before retiring in 2019 and now works for FC Utrecht in his homeland. 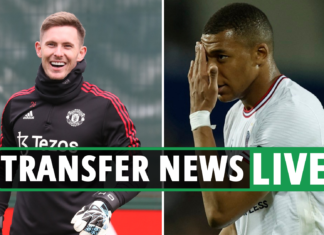