Fourteen-year-old Seun Ogunsakin ‘stole the show” at the grand finale of the 2021 CBN Junior Tennis Championship when he won the boys’ 16 and boys’ 14 titles in one day, with a full display of his prodigious talent.

Ogunsakin, popularly called ‘Nadal’ by his ever-increasing fan base because he has the same skill sets and mannerisms as the clay-court king and former world number one, Rafael Nadal, demolished Joshua Maxwell 9-0 in the boys 16 and drawing from the confidence gained from that victory, ran over Mubarak Ganiyu 9-2 in the boys 14 final, which was the star match.

“To put it in context”, said Godwin Kienka, director of the International Tennis Academy, organisers of the championship, “Maxwell was runner -up last year to David Ekpeyong, who has now been promoted out of the juniors. So, it was not that the standard was lower but that Seun is improving exponentially.

“It is the same ‘play up’ strategy that led to our teenage girls sweeping all the titles and runners-up positions at the last CBN Senior Championship in Abuja,” Kienka said.

Ogunsakin, along with the prizes of racket, bag and shoes he got, won an education grant of N100, 000, which is a standing reward by the ITA to any player, who wins his age group and a higher one in the same competition.

There is also a standing reward of N500, 000 for any player who wins the CBN Junior 16s title and the CBN Senior singles title in the same year.

“These rewards are there for a reason and the targets are clearly achievable. Marylove Edwards was one match away in 2017 and the way Seun is going he might achieve the feat in two years,” said Kienka who produced the first WTA ranked player, Clara Udofa, right here in Nigeria.

It was not, however, all shine for the Ogunsakins, as younger brother Seyi, defending champion of the boys 12, lost his title to a determined Onyekachi Ogumjiofor, who won 9 to 6. The girls’ trophy in that category went to Fego Ayetuoma, who survived a close contest against Ndidi Osaji winning 9 to 8.

The girls’ 16 title was won by Destiny Okhinaye, who defeated Blessing Otu 9 to 7, while Favour Amaeshi won the girls’ 14 beating Mary Iorlumun 9 to 7.

The grand finale, which featured traditional dances by the Success Performing Arts Troupe and hundreds of students in attendance, had, among many other dignitaries, the acting director of Corporate Communications, CBN, Osita Nwanisoba, as guest of honour, Engr. Adams Okoene, a former chairman of Midwestern Oil, as Special Guest of honour and Tokunbo Ajoro, Lagos State Tennis Association chairman in attendance. 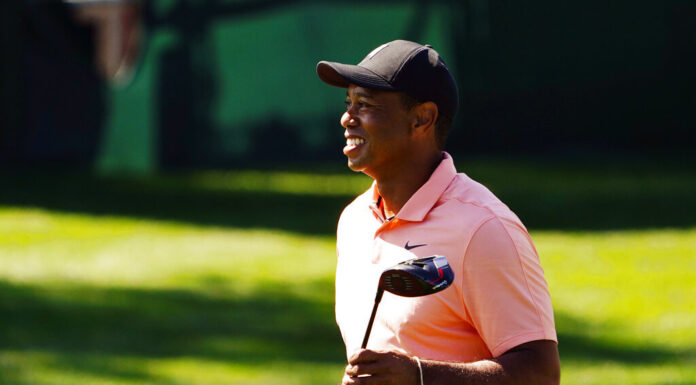 On the prowl? Tiger arrives at Masters, unsure of playing

Frozen Ben Chilwell’s been left-back in the dressing-room at Chelsea but star is hoping...