NEW YORK, NEW YORK – SEPTEMBER 01: Serena Williams of the United States serves the ball during her Women’s Singles first round match against Kristie Ahn of the United States on Day Two of the 2020 US Open at the USTA Billie Jean King National Tennis Center on September 1, 2020 in the Queens borough of New York City. Al Bello/Getty Images/AFP

Serena Williams insisted she isn’t focusing on records as she took a step towards a 24th Grand Slam title with a straight-sets win in the US Open first-round Tuesday.

The 38-year-old overcame the loss of her first service game in the opening set to power past Kristie Ahn 7-5, 6-3 in a virtually empty Arthur Ashe Stadium.

Williams is pursuing a seventh US Open title at the US National Tennis Center that would take her level with Margaret Court’s record of 24 Grand Slam titles.

But she insisted afterwards that neither record is really on her mind.

“Yeah, in a weird way I feel like every time I come here I’m being told I broke another record. I felt like I had something last year. Maybe it was a tie for Chris Evert,” she said nonchalantly.

“But it’s cool. I don’t think I appreciate it enough, which is unfortunate. But I’m in the middle of a Grand Slam, so it’s not the time to be focused for me on records when I’m thinking about winning a tournament,” Williams added.

She has come close since, reaching four major finals only to come away empty-handed.

Her chances have improved this year by the absence of several top players, including world number Ashleigh Barty and the second-ranked Simona Halep, due to coronavirus fears or injury.

Williams took a few games to get into the swing of things, giving up her serve early on with a double fault.

But once she was in her groove there was no stopping her, smashing 13 aces as she dispatched Ahn in one hour 21 minutes.

“It was just getting the rhythm in the early part of the match. First round is always tough for me.

“I was down a break at one point, so I was really fighting for everything,” she told reporters.

‘Passionate’
Williams said the easiest aspect about the absence of fans inside the 23,000-seater Arthur Ashe Stadium was that there is “a little less pressure.”

And she added that she had no problem getting fired up, despite the lack of atmosphere.

“I think the hardest is making sure you stay pumped. For me it was clearly easy because I’m always overly passionate. I love being passionate. It’s what I’m best at,” she added.

Williams said she hoped the US Open would give tennis fans a much-needed lift after the pandemic shutdown wiped out most of the season, including Wimbledon.

“The morale can be really low in the world with everything that’s going on. Sometimes you just want to take your mind off. People have been doing that for generations through sport,” she explained.

“That’s one of the reasons I was so supportive of the US Open. I felt like it was such a good time to get back out there for athletes and for fans to kind of just disconnect and be a fan, and for athletes to do what they do best.” 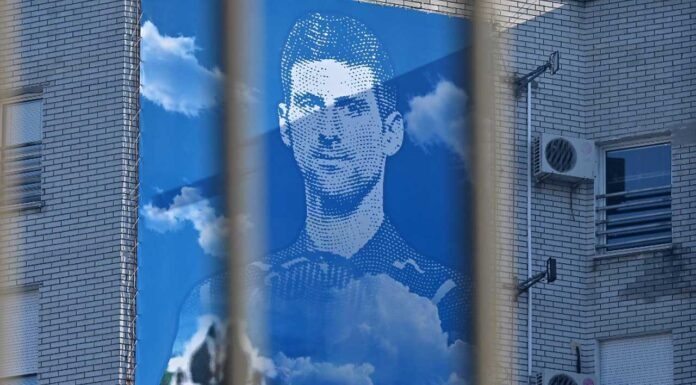