(FILES) In this file photo taken on January 24, 2020, Serena Williams of the US reacts after a point against China’s Wang Qiang during their women’s singles match on day five of the Australian Open tennis tournament in Melbourne. – Williams committed to play at this year’s US Open on June 17, 2020, as US Tennis Association officials vowed they can safely stage the first Grand Slam since the coronavirus pandemic shutdown. (Photo by William WEST / AFP) / IMAGE RESTRICTED TO EDITORIAL USE – STRICTLY NO COMMERCIAL USE

Serena Williams committed to play at this year’s US Open on Wednesday as US Tennis Association officials vowed they can safely stage the first Grand Slam since the coronavirus pandemic shutdown.

With top men’s stars questioning the wisdom of the staging the event, the USTA said the tournament will be held August 31 to September 13 without spectators at New York’s National Tennis Center, which in April became a temporary hospital facility to combat the coronavirus pandemic.

“I really can’t wait to return to the US Open 2020,” Serena Williams said in a video message. “I think the USTA is going to do a really good job of ensuring everyone is going to be safe.

The Flushing Meadows fortnight will be the first Grand Slam event staged since the deadly virus outbreak shut down global sport. Wimbledon was cancelled and the French Open was postponed until September.

The site will also host the ATP/WTA Western and Southern Open, typically staged in Cincinnati, the week before the US Open with a similar safety “bubble” that includes testing for players and their entourage.

The USTA expects an 80% drop in net operating income as a result of having no spectators for the US Open but will provide $60 million in prize money for the two events in New York combined plus another $3.3 million each to the ATP and WTA.

“We have the resources we can do this for a one-off year,” USTA chief executive officer Mike Dowse said.

Novak Djokovic has been among several top players critical of the idea of staging the US Open as scheduled given the severe US impact of COVID-19, although cases in the New York area have been declining for several weeks.

“I’m confident a lot of athletes want to return to play,” said US Open tournament director Stacey Allaster. “It’s going to be great, exciting tennis for our fans around the world.”

Players will be tested for COVID-19 when they arrive at the tournament hotel, which opens August 15, and at least once a week thereafter, with those electing to stay at private homes being tested more often as they enter the Open grounds, which are available August 16.

“We know how we can start doing things in a manner that doesn’t necessarily prevent one person from getting the disease but we can prevent a major outbreak of COVID-19.”

The USTA board of directors never discussed having players sign a waiver to participate, Hainline saying the possibility of contracting the virus inside the bubble was “highly unlikely” but anyone in contact with a person who tests positive was looking at “very likely an every other day event” for testing.

The US Open will have its regular draw of 128 players in men’s and women’s singles but doubles will have only 32 duos instead of the usual 64 and all players will play only doubles. There will be eight wildcard selections for singles but qualifying will not be contested.

“That extra load was outside the level of what we could handle,” Allaster said.

“Just got announced that the US Open will go ahead WITHOUT wheelchair tennis,” Australia’s Alcott said.

“Players weren’t consulted…unfortunately I missed the only thing that mattered, being able to walk. Disgusting discrimination.”

Technology will replace line judges on every court except the feature layouts of Arthur Ashe Stadium and Louis Armstrong Stadium. No children will be used to retrieve balls, only adults, with a reduced number used on outer courts. No media except telecasters will be permitted on site.

With nasal swab tests being used, having near 100% reliability, Hainline declared, “There won’t be false positives.”

A repeat test will be given within 24 hours to confirm positives. Those who are positive will be required to quarantine outside the event bubble. 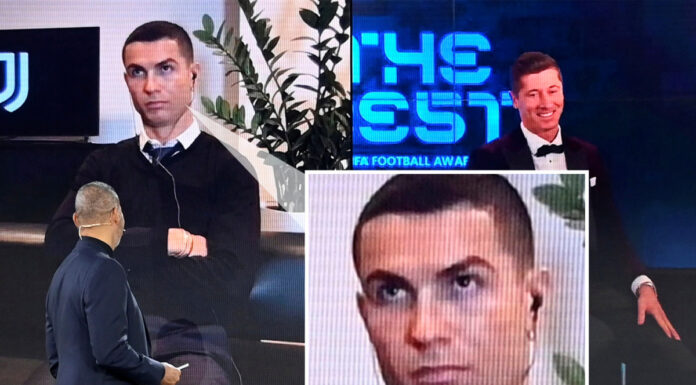 Tiger Woods Elected to the World Golf Hall of Fame

Messi and Tite in touchline row as Argentina ace tells Brazil boss to ‘shut up’.. and is slammed for spat with ‘old man’