Serena Williams of the US hits a return against Camila Giorgi of Italy during their women’s singles first round match during the Auckland Classic tennis tournament in Auckland on January 7, 2020. (Photo by MICHAEL BRADLEY / AFP)

Serena Williams found her power game after a sluggish start as she overcame qualifier Camila Giorgi to open her 2020 season with a straight-sets victory at the Auckland WTA Classic on Tuesday.

With an eye on the Australian Open later in the month, the 38-year-old worked her way into a blistering performance that proved too much for the 1.7 metre (5ft 6in) Italian.

She described her first match since losing the US Open final in September as “solid” rather than spectacular.

“Spent a long time off from tournament play, match play, so solid is pretty good. It’s a great start to build on,” she said after sealing her 6-3, 6-2 victory with her eighth ace against the 99th-ranked Giorgi.

“It’s really good that I still have some power left in my arms and my legs.”

Williams, originally drawn to play two-time Grand Slam winner Svetlana Kuznetsova before the Russian pulled out due to a virus, said her preparation had been helped by playing doubles with Caroline Wozniacki the previous evening which allowed her to adapt to the blustery Auckland weather.

“I knew it was going to be really tough but I think the doubles really helped. I got to come out here and play a little bit in these conditions and get used to them.”

Grand Slam record
After more than three months off court, Williams took time to settle and was forced to save an early breakpoint with the first six games all going with serve.

But at 3-3 in the first set, Williams found her range and from there on the result was never in doubt.

Auckland is an important tournament for the veteran as she prepares for the Australian Open later in the month with her eyes firmly on a record-equalling 24th Grand Slam title.

While Williams is the undisputed face of American tennis, she has been joined in Auckland by the new wave of US tennis stars, headed by the tournament third seed Amanda Anisimova who did not disappoint.

The 18-year-old, who captured world attention reaching the semi-finals of the French Open last year where she lost in three sets to eventual champion Ashleigh Barty, needed 78 minutes to dispose of Kateryna Kozlova of the Ukraine 6-3, 6-4.

Unlike Williams, Anisimova said she felt quite at home in the Auckland wind.

“I’ve been training in Miami and it’s really the same,” she said.

The top five seeds were all in action on Tuesday and along with Williams and Anisimova, Petra Martic, defending champion Julia Goerges and Caroline Wozniacki also progressed to the second round.

Second seed Martic from Croatia had trouble at the start against 21-year-old American Usue Arconada and dropped the first set before prevailing 5-7, 6-4, 6-4.

Wozniacki cruised against New Zealander Paige Hourigan with a 6-1, 6-0 victory in 53 minutes while Germany’s Goerges came from 2-5 down in the second set to beat Greet Minnen of Belgium 6-1, 7-6 (7/4) 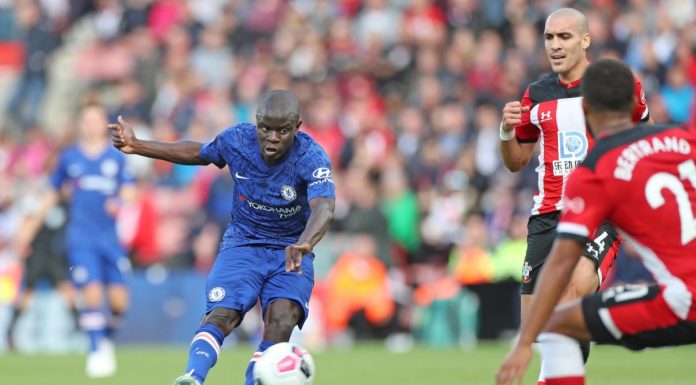 Dele Alli thanks fans for support as Tottenham star reveals ‘horrible experience’ of being...