Russia’s Andrey Rublev returns against South Africa’s Lloyd Harris during their men’s singles second round match on the third day of the 2021 Wimbledon Championships at The All England Tennis Club in Wimbledon, southwest London, on June 30, 2021. – Rublev won the match. (Photo by AELTC/Jonathan Nackstrand / AFP)

In the second set, the eighth game was crucial after Rublev broke Fognini to lead 4-3. Serving to extend the lead, the score was 30-30 when Fognini hit a drop shot which Rublev scrambled to lift and Fabio hit a lob volley for the break point.

After a long exchange, Rublev had a short ball that he hammered out for the break. Fognini took the ninth game and Rublev saved a set point in the tenth game. The Italian battled to hold the eleventh game. Serving to save the set, Rublev conceded the twelfth game for the set 7/5 in 57mins.

Rublev broke Fognini’s serve to lead 3-2 and held the sixth game. Fognini won the seventh game on the third opportunity while Rublev promptly won his serve for 5-3. After Fognini held serve for 5-4, the tenth game was long drawn out but Rublev prevailed for 6/4. The Russian sealed the victory with a quick 6/3 fourth set. 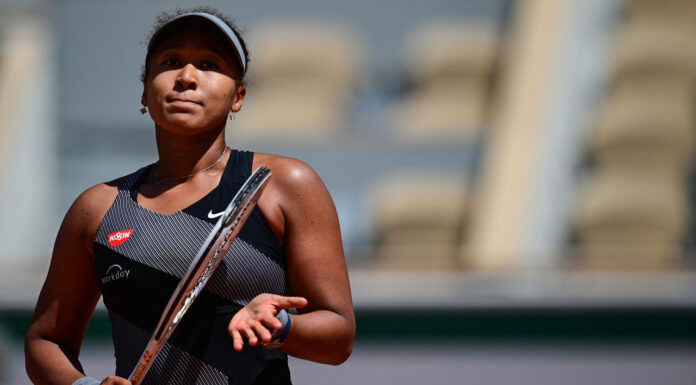