BAYERN MUNICH have been dealt a huge blow after Robert Lewandowski revealed he will NOT be fit for the crunch second-leg with Paris Saint-Germain.

Despite initially being ruled out for around four weeks, there were hopes Lewandowski could make a miraculous recovery for Bayern’s away leg in the French capital.

But Lewandowski has now confirmed the Champions League holders will have to manage without him once again.

Lewandowski told Sky Sports: “No, [next week] is still too early.

“I’ll do everything I can to get back on the pitch, but only when I feel really good and safe. It’s not a good feeling to sit at home.”

Lewandowski is not the only injury blow for Bayern, with Kingsley Coman doubtful after limping off during Saturday’s 1-1 Bundesliga draw with Union Berlin.

Niklas Sule, Leon Goretzka, Douglas Costa, Serge Gnabry and Corentin Tolisso also missed the game, with Benjamin Pavard and Leroy Sane only able to come on from the bench.

Meanwhile, PSG have been boosted by the return of Italian pair Marco Verratti and Alessandro Florenzi, who both missed the first leg through illness.

Lewandowski has been in sensational form this season, scoring 42 goals in just 36 matches.

He hit the back of the net an amazing 55 times in the last campaign.

And despite his advancing years, Bayern plan on handing Lewandowski a lucrative new contract.

That’s despite ongoing links with Borussia Dortmund hotshot Erling Haaland, 20, who has 49 goals in 51 games since moving to Germany in January 2020.

Despite being rivals, Lewandowski is a huge fan of the Norwegian.

And he believes the Premier League target – wanted by Man City, United and Chelsea – can become the world’s best striker.

“I see his face and how hungry he is to score goals. In the future, he has a chance to be the best striker in the world.

“Sometimes when everything is going well, it’s really not easy. If you see him, he has scored so many goals and he’s so young.” 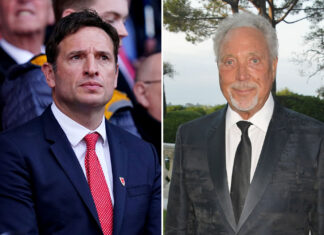