The Washington Football Team’s entire season rested on winning one game against the Philadelphia Eagles on Jan. 3- in a win or go home scenario to reach the postseason for the first time in five years.

Unaffected by the pressure-packed moment, Washington handled their business and secured an NFL Wild Card Playoff berth after they slipped past the Eagles, 20-14, and became just the third team in NFL history to make the playoffs with a record below .500 (excluding the 1982 strike season).

Washington welcomed back starting quarterback Alex Smith after suffering a calf injury that sidelined him since Dec. 13 against the San Francisco 49ers, and he did not disappoint.

Smith and the Football Team got off to a quick start scoring their first points on an opening drive all year (worst in NFL) when he led a 15-play, 86-yard drive resulting in a gorgeous throw to wide receiver Terry McLaurin from five yards out.

“It was tough being at home last week,” said McLaurin about coming back from an injury after being in a walking boot. “My focus was just trying to be out here; I didn’t really care about catches or yards. I just wanted to be out here for my guys, all that we’ve been through this year, all of the ups and downs, it was for this moment right here. It wasn’t pretty, but we came out on the other side, and we’re champions.”

“Coach [Ron] Rivera teaches us how to win,” said Curl. “We try to win every week; that’s how we came into the season. It was hard, it was a long season, but we kept our faith. For the whole season, we were always in the race … we stayed in the race, and we finished it off.”

However, the former Oklahoma Sooner started to settle down and used his legs to make things happen for Philadelphia.

On the ensuing drive, Hurts led a 10-play, 44-yard drive and called his own number on a six-yard touchdown scamper to narrow the deficit to three points, and then scored another for good measure on Philadelphia’s following offensive possession to go up by four points.

Despite that setback, it only took one big play for Washington to retake the lead when Smith orchestrated a nine-play, 50-yard drive within the final two minutes of the first half and delivered a 13-yard strike to tight end Logan Thomas to retake the lead.

Hurts struggled as well, throwing for only 72 yards and an interception, and was subsequently benched for former Washington quarterback Nate Sudfeld after failing to convert on the fourth down in the waning seconds of the scoreless third quarter.

Sudfeld could not get it going either and threw an interception on his second pass attempt at the start of the fourth quarter to Washington defensive back Jeremy Reaves.

Though Smith gave Philadelphia a second chance by throwing another interception on the ensuing drive, the Eagles did the same as Sudfeld fumbled and rookie phenom defensive end Chase Young scooped it up.

Four plays later, Hopkins nailed a 42-yard field goal to seal the Eagles’ fate, and Washington will enter the playoffs this Saturday against the Tampa Bay Buccaneers (11-5).

The Washington Football Team (7-9) enters the postseason backed by one of the league’s best defensive units.

Heading into Saturday night’s matchup against Tampa Bay, the football team has only allowed 20 points or fewer in seven straight games (longest active streak in NFL).

“When we were 1-5, we could’ve stopped, and I feel like that is a testimony to the brotherhood, said Young looking ahead. “It feels good. Everything that we have been through this season with my team, it’s just a brotherhood … our love for one another, but we’re not done. It’s go time, it’s that time.”

Since Smith has been the starter in Washington, the Burgundy and Gold are 5-1, better than any other quarterback under center this season (2-8 without Smith).

“I think it speaks way more to the [team] character we have, [with] everything stacked against us,” Smith said. “For us kind of getting off to the slow start that [we] did, to find a way to battle back and finish it off like this, I think that says a lot about the character that we have in the locker room.”

Coming into the game with a questionable tag, McLaurin entered the starting lineup and contributed against Philadelphia, bringing life back to an offense that struggled over the past few weeks. McLaurin was targeted eight times for seven receptions, 40 yards, and a touchdown.

Tampa Bay has won four consecutive games, including a 44-27 drubbing of the Atlanta Falcons on Jan. 3.

Led by six-time Super Bowl Champion Tom Brady, the Tampa Bay offense has been hitting on all cylinders, and Brady has thrown for 4,633 yards, 40 touchdowns, and 12 interceptions.

However, Tampa Bay’s defense will have to try and contain McLaurin, who recently joined Gary Clark as the only players in Washington history with more than 2,000 receiving yards over their first two seasons. 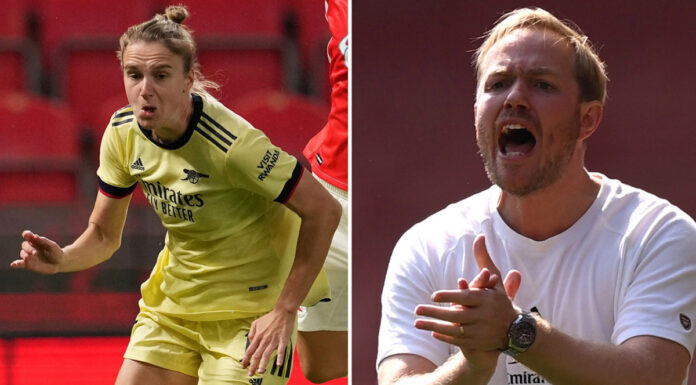